A sizeable mixed-use development has been proposed for an entire city block on Davie Street in downtown Vancouver’s West End neighbourhood.

Local developer Westbank Projects Corp. intends to redevelop a one-acre site currently occupied by a Safeway grocery store. The project will consist of 21 and 22-storey towers, both 64 metres (210 feet) high, containing 319 units of market rental housing. The towers will sit on top of a three-storey podium with space for retail units and a large grocery store – a new Safeway.

No public hearing or rezoning is required as the project fits within the constraints of the 2013 West End Community Plan, which stipulates that buildings along the Davie Street corridor in that area can reach up to a height of 210 feet. A floor square ratio (FSR) density of 7 is permitted for the site, but the developers will be pursuing a slightly lower density of 6.43 FSR.

A number of architectural features will set this project apart from the mundane concrete buildings that the West End is known for. Henriquez Partners Architects, a firm that Westbank has closely worked with on a number of projects, is responsible for the design of the redevelopment.

According to the architects, the two towers are separated apart by terraced gardens and outdoor amenity spaces that create a gentle cascading transition between the podium and the towers. As well, the balconies that jut out of the towers’ Davie Street glass facades boast angled shapes that echo the multi-layered extension of the podium’s fritted panels, which appear to be floating off of their surface.

“The site is removed from the residential buildings that embody the traditional character of the West End,” reads the architects’ design rationale. “Even so, the project responds to this greater context by incorporating common architectural elements such as iconic towers forms, concrete construction, sculptural balconies and landscaped setbacks leading to prominent entries, interpreted through a contemporary, modern lens.”

Two other rental housing projects in the immediate area have already received approval from the municipal government. A 22-storey, 108-unit market rental tower will be built adjacent to the Safeway redevelopment – at 1188 Bidwell Street, on the north end of the city block at the corner of Bidwell and Davie street. A 23-storey, 158-unit market rental tower is also slated for a site across the street, to the west of London Drugs, at 1668 Davie Street.

And just last week, the B.C. Supreme Court ruled in favour of the developers of a 178-unit rental housing tower on 1754-1772 Pendrell Street. The project was approved by Vancouver City Council in September 2015, but local residents challenged the project in court.

More rental housing is needed across Vancouver to meet demand and help address the housing affordability crisis, especially in the West End where a lack of new supply has caused vacancy rates to hover at a low of 0.3 per cent. 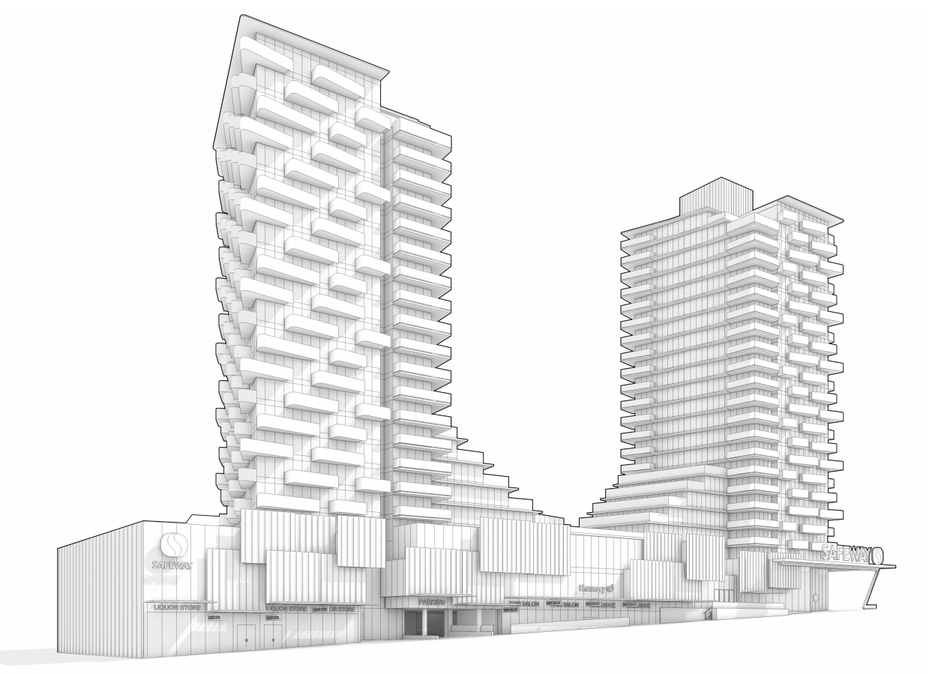 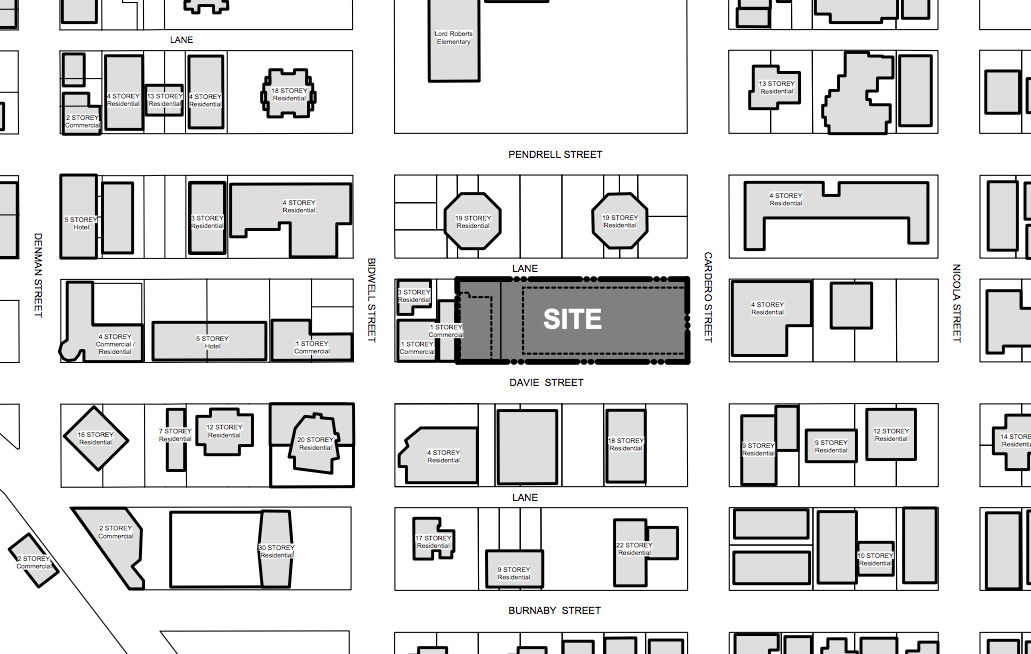