A residence in Vancouver’s Shaughnessy neighbourhood that was built in 1922 could be saved from plans to demolish it to make way for a new mansion.

The municipal government is responding to public complaints made by local residents earlier this spring after orange netting had been erected to protect shrubs and trees on the property. Furthermore, a demolition application had also been submitted to the City.

However, a policy approved by Vancouver City Council in September 2015 that designated the entire Shaughnessy neighbourhood as a heritage area allows the City to grant the property temporary heritage protection for 30 days.

During this period, the City says it will conduct a heritage inspection of the property to assess its heritage value and heritage character, which will determine whether it deserves further action to conserve its heritage nature.

“We heard very clearly from the public their concerns regarding the potential loss of the historic ‘Electric House,’” says Mayor Gregor Robertson. “Granting temporary heritage protection to this property is an important first step that gives the City time to properly assess its heritage value and character, and I look forward to staff reporting back later this month on next steps.”

The property in question is located at 1550 West 29th Avenue, about one block west of Granville Street. It has a floor area of 4,592 square feet spanning three floors and boasts a large yard space and garden.

The owners previously listed it for $7.38 million and indicated that demolition could potentially allocate enough space for a 6,700-square-foot new-build mansion.

Nearly a century ago, the English Tudor home was designed by local architects Townley and Matheson, the same team responsible for the design of Vancouver City Hall. For 55 years, the firm was one of Vancouver’s leading architectural firms.

At the time it was built, the structure was a prototype for showcasing the “convenience from a house being properly and adequately wired for electricity”.

There has been a growing movement to save properties of heritage value in Shaughnessy, one of Vancouver’s oldest areas. The policies enacted by City Council last fall were in response to the spate of demolition permits issued in the neighbourhood over a decade-long period. City staff estimate over 200 demolition permits were issued from 2005 to 2014. 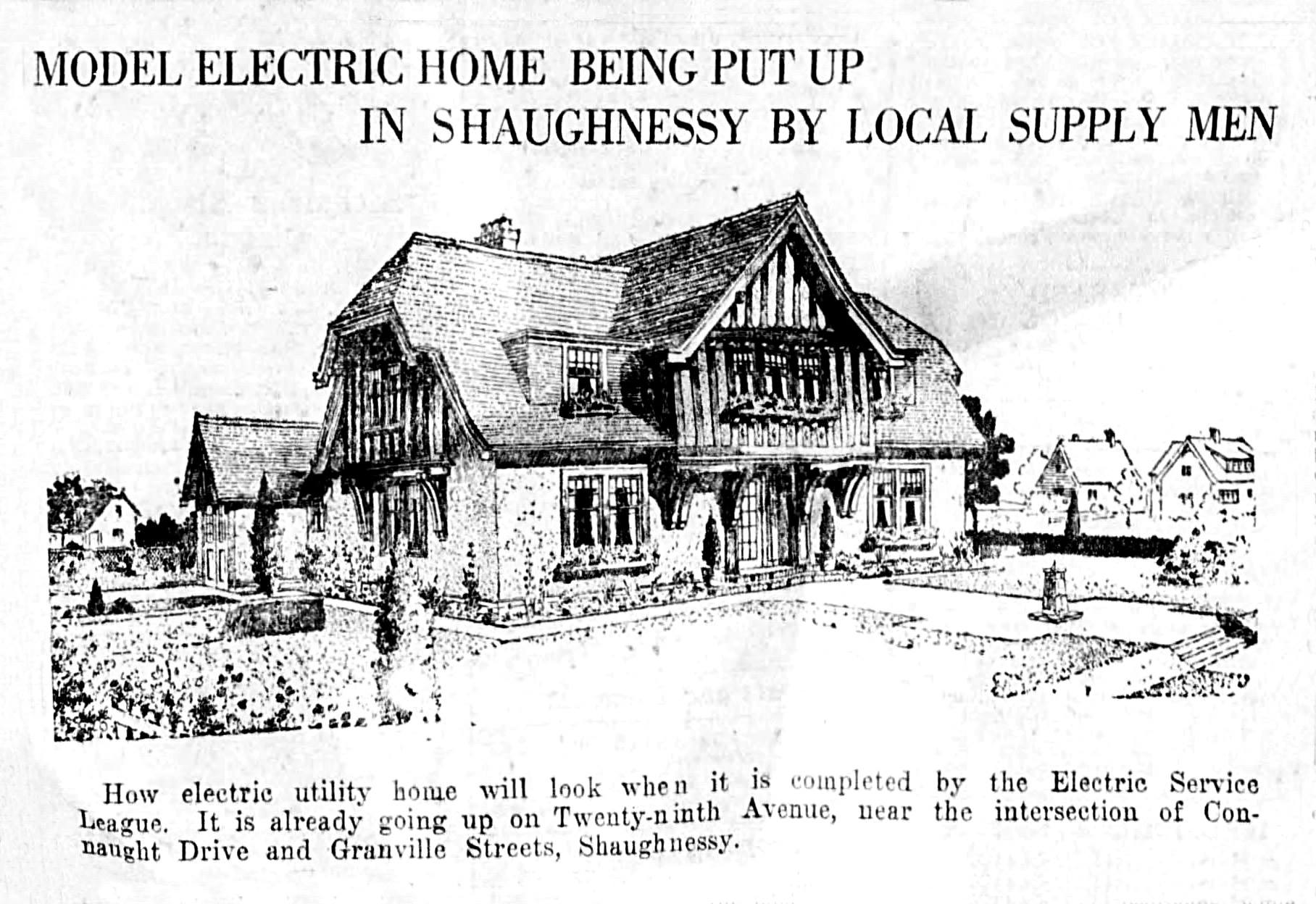