Playing ice pond hockey and wearing the jerseys of Canadian NHL teams – how Canadian could these photos possibly be?

Over the sub-zero weekend, some students were seen playing hockey on a frozen pond at Simon Fraser University’s Burnaby Mountain campus. Kaz Yamamura photographed the game, which was a study break from final exams studies.

However, their game was short-lived when police and campus security arrived to escort them off the ice for safety reasons. With warming temperatures reaching well above freezing by tomorrow, locals are being asked to avoid standing on pond ice due to safety reasons.

Ice thickness has reportedly been about 3 inches throughout the region while a minimum thickness of 5 inches is deemed required to be considered safe to skate on.

In Mission, a 3-year old boy and family dog fell through the ice of a backyard pond. The boy was rescued and is now being treated at B.C. Children’s Hospital. He is expected to make a full recovery, however, the dog was not as lucky and did not survive the incident. 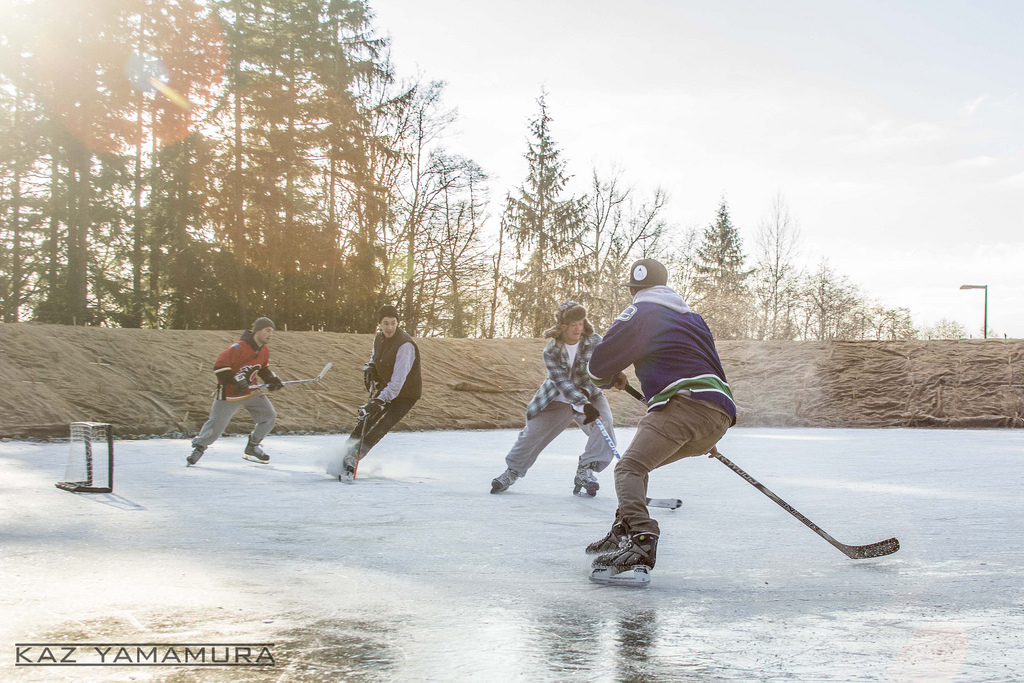 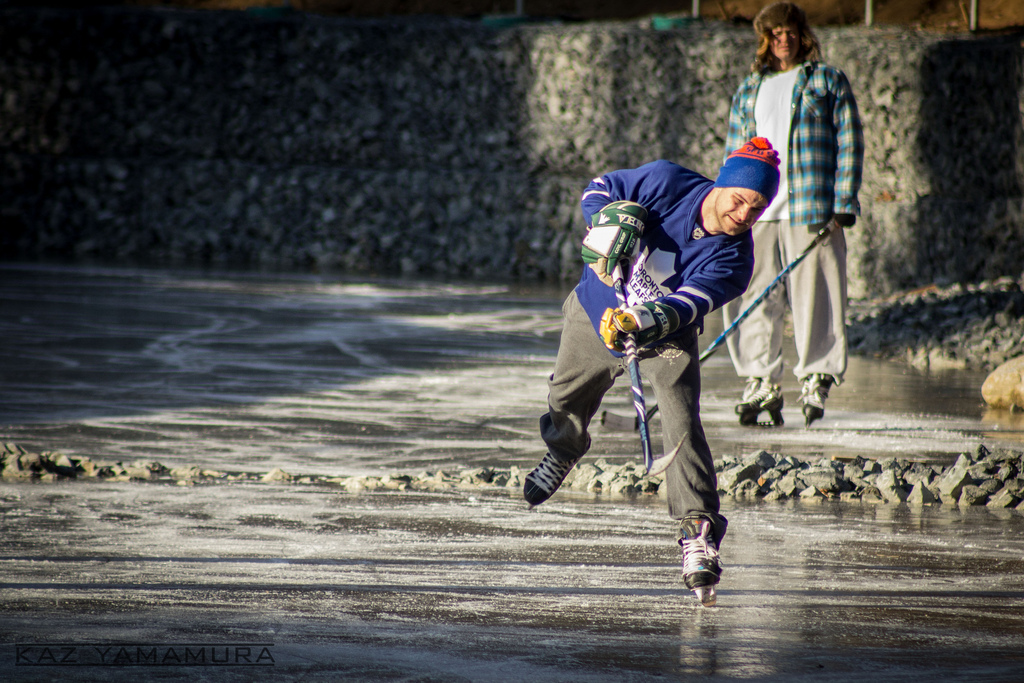 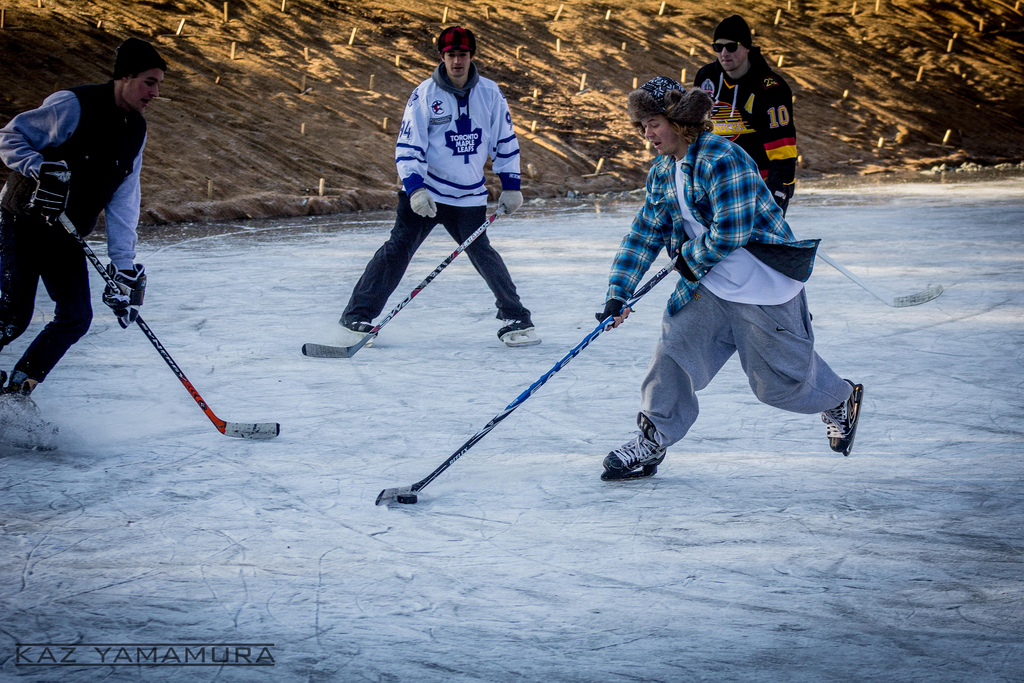 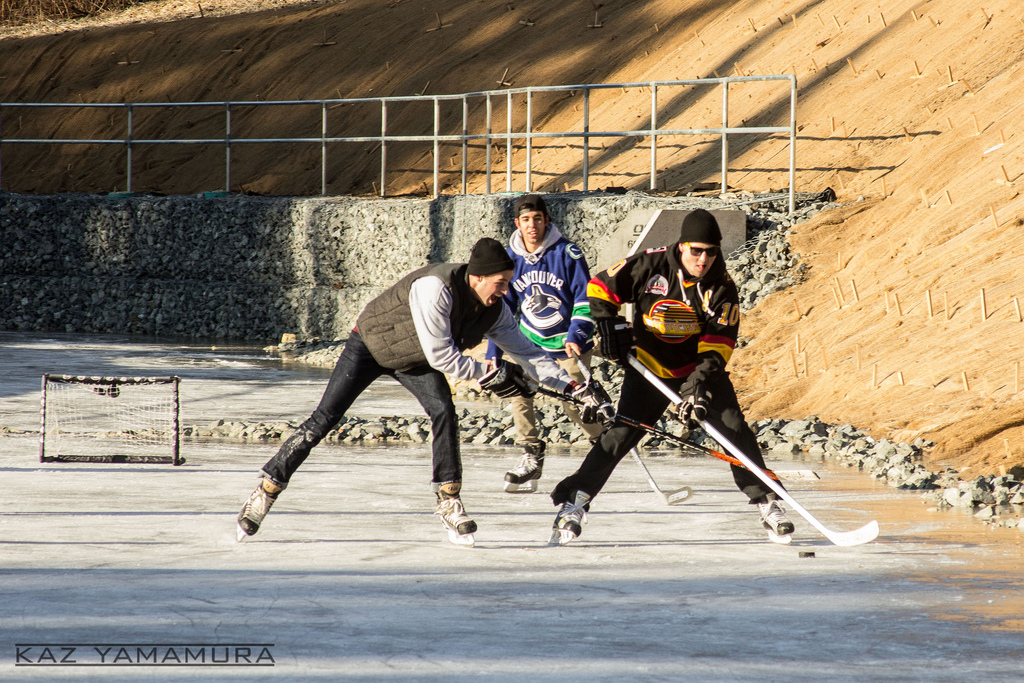 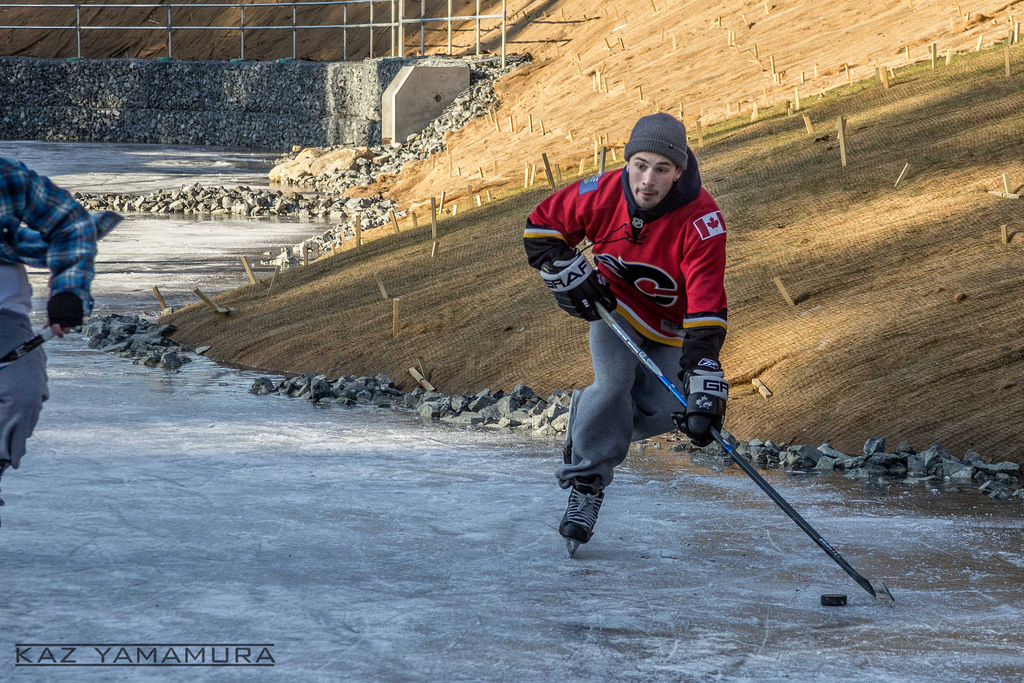 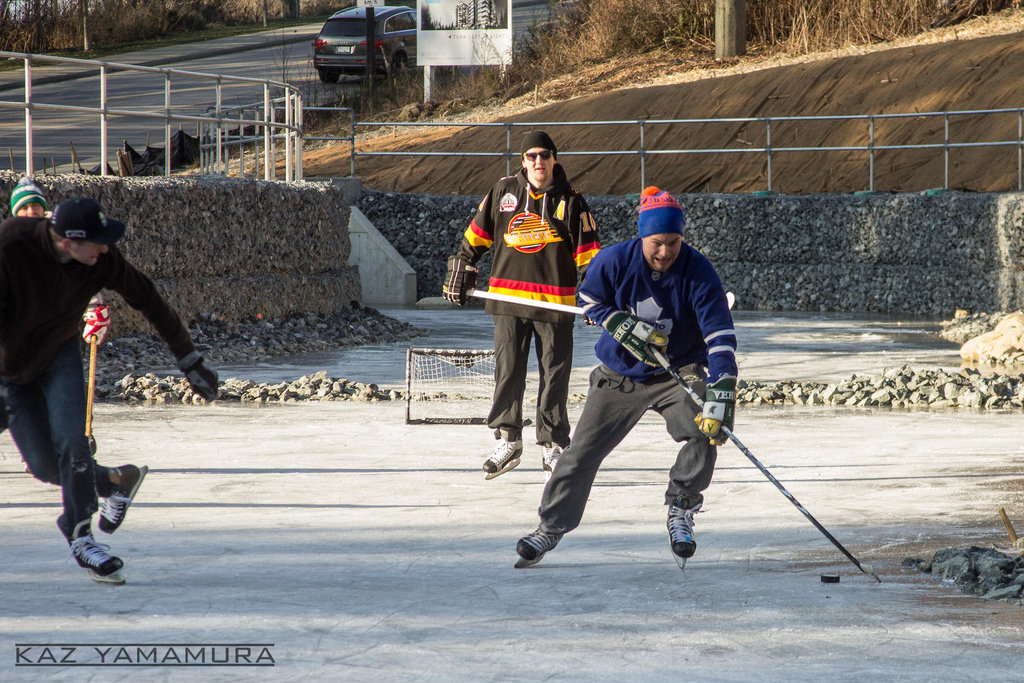 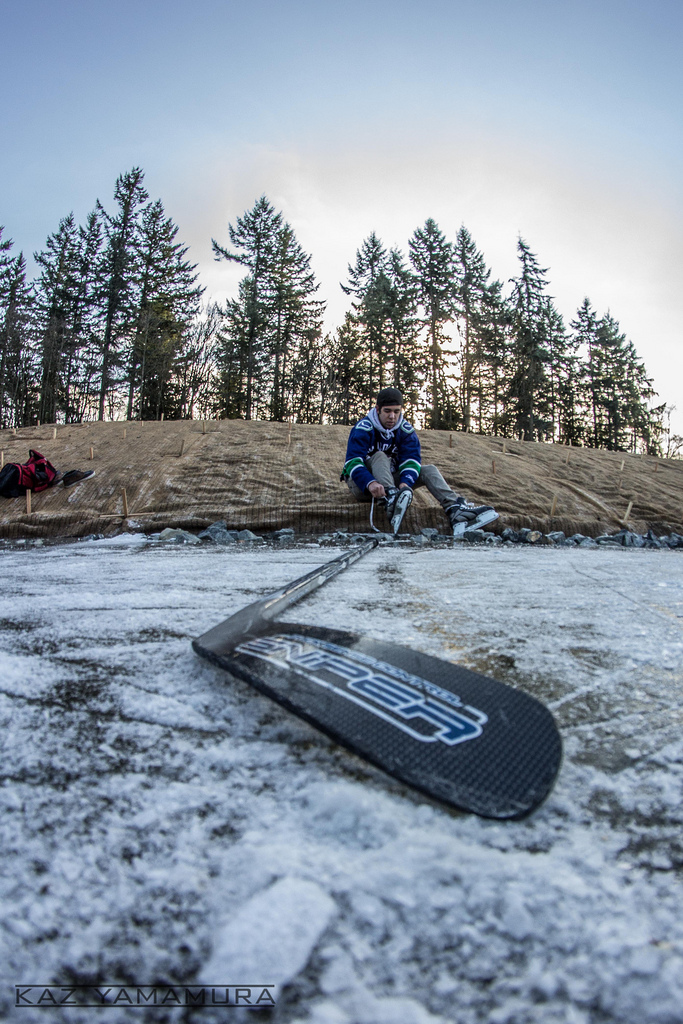 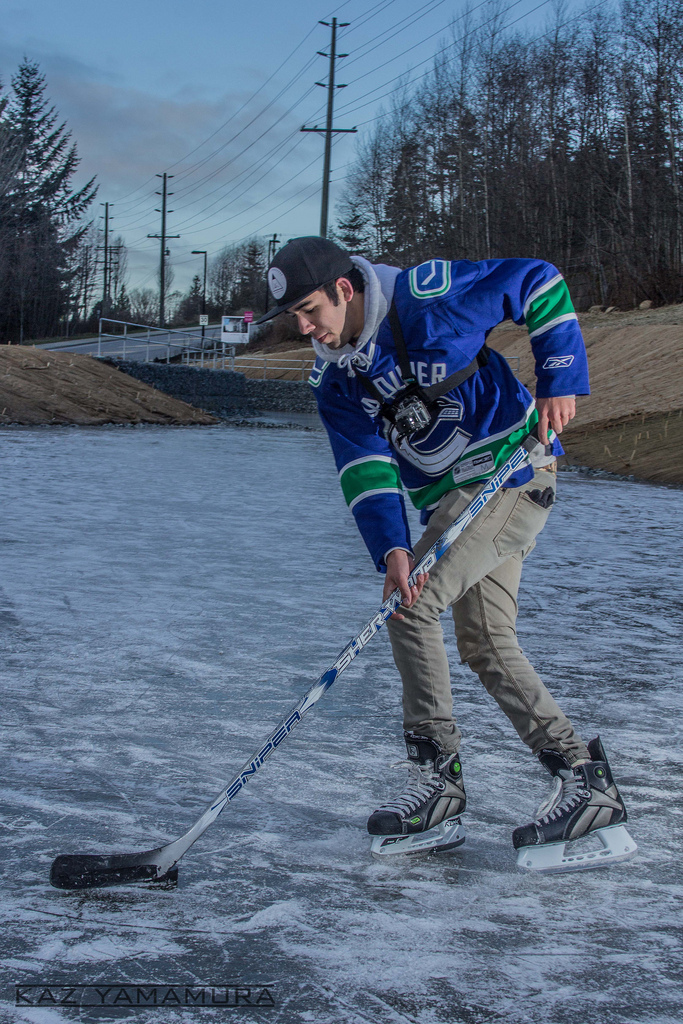 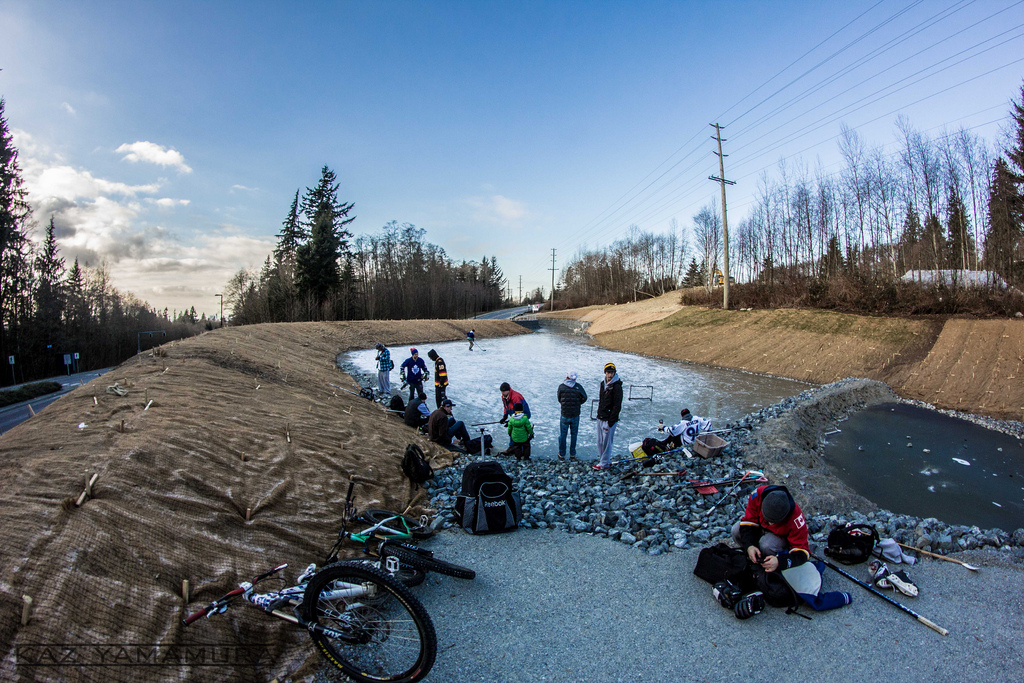 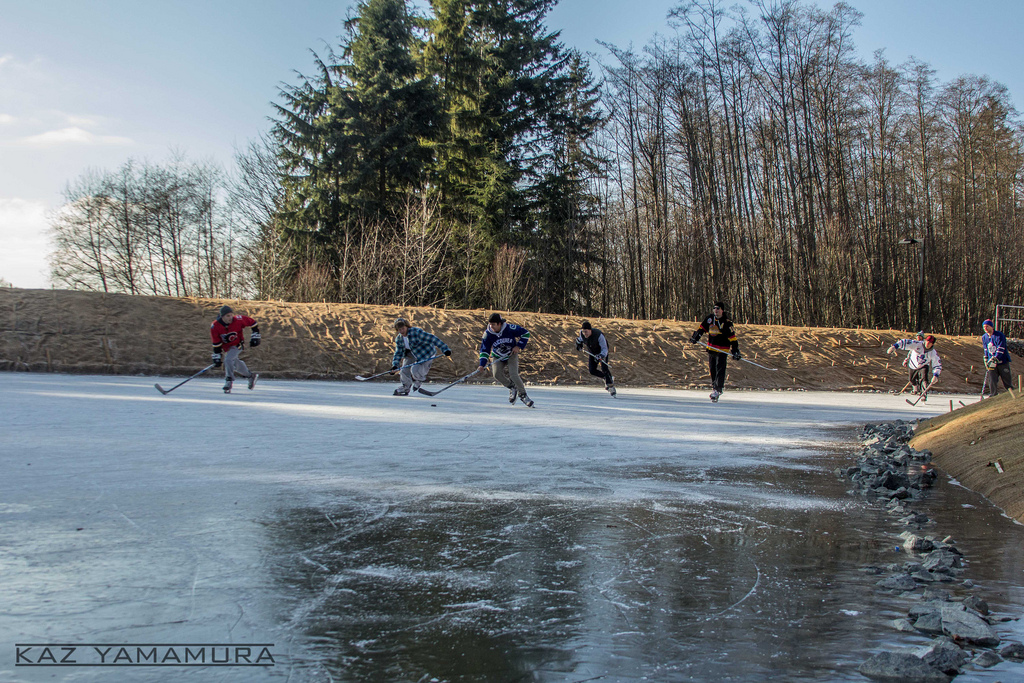 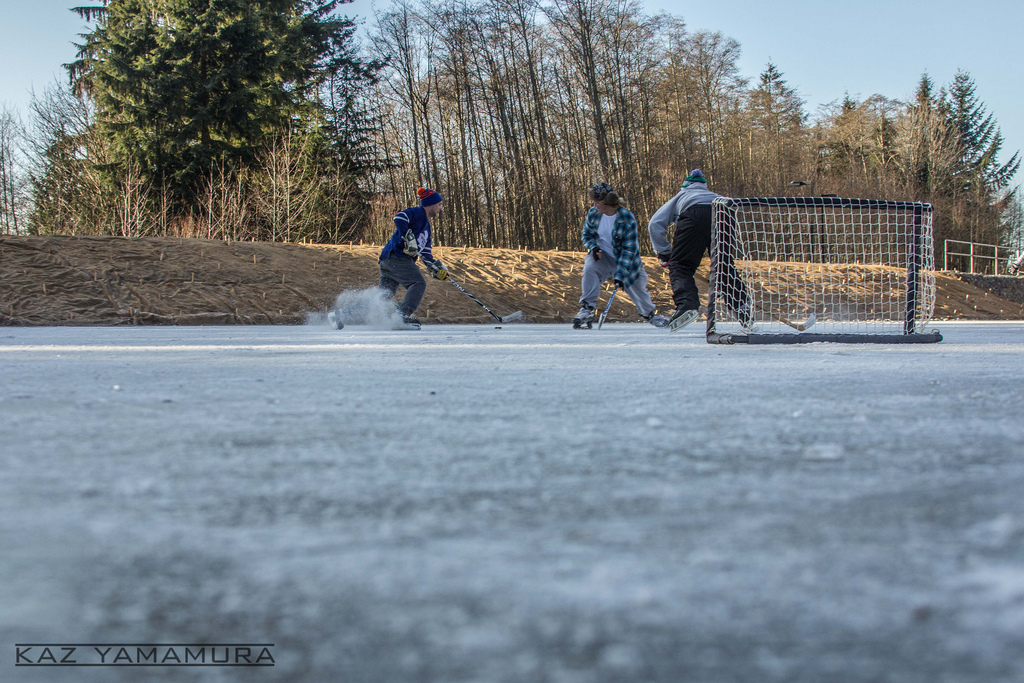 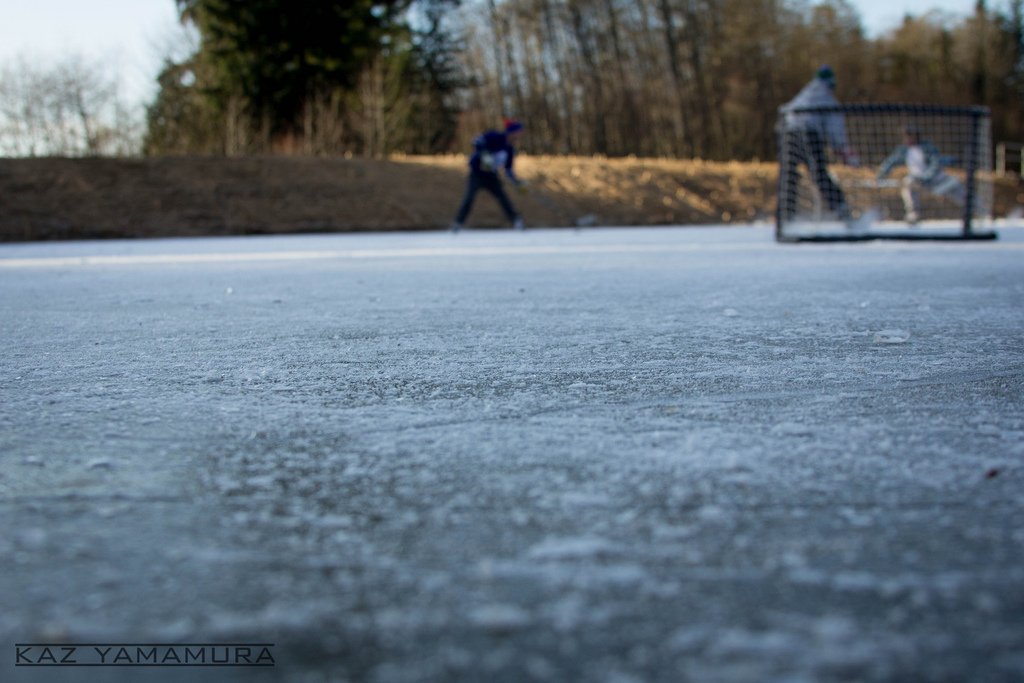 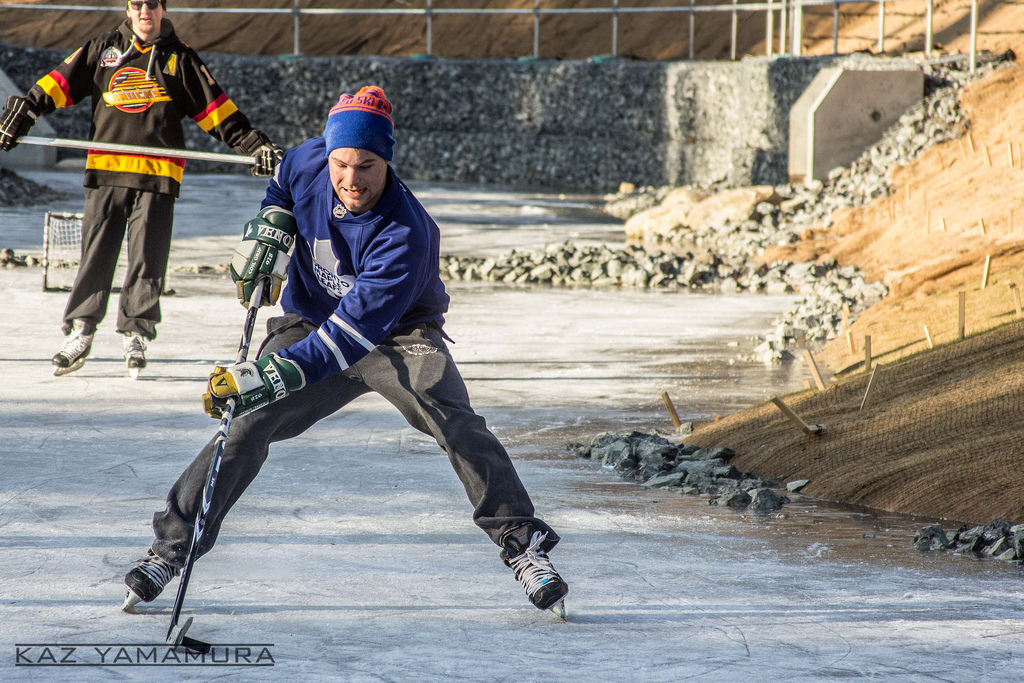 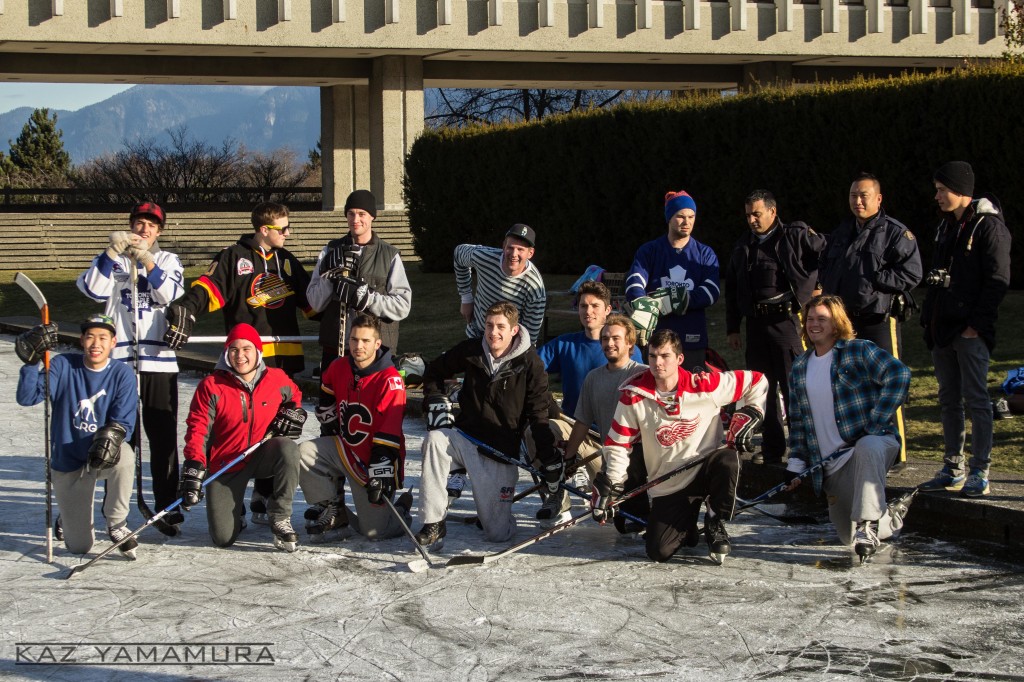 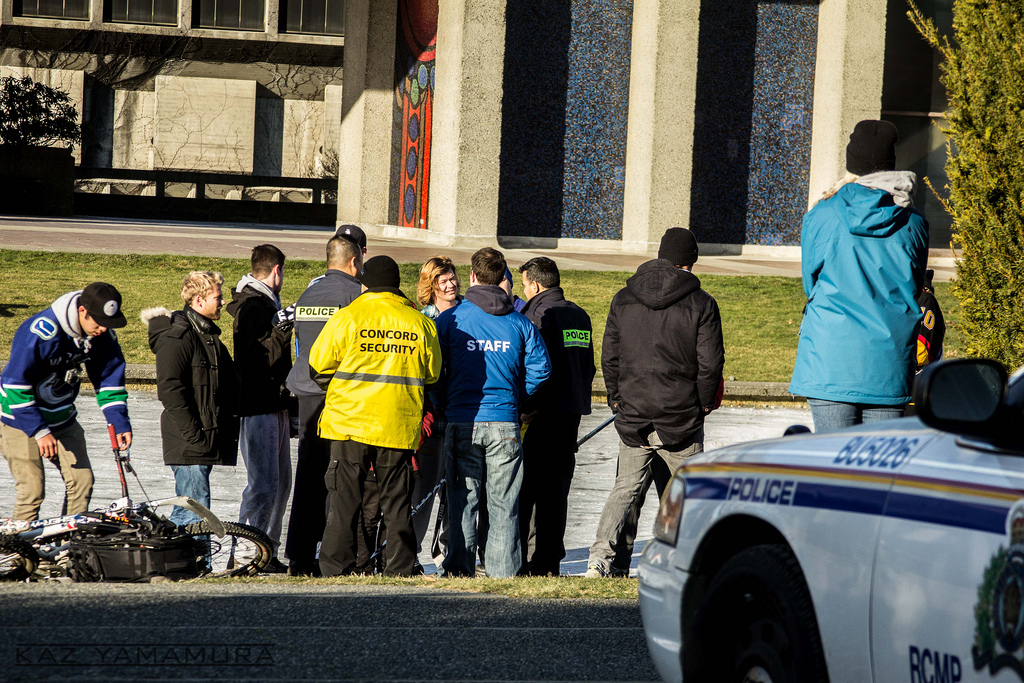