A total of 14 protesters were arrested today for civil contempt of the order and injunction issued by the B.C. Supreme Court. The court order issued last Friday required protesters to leave Burnaby Mountain by no later than Monday at 4 p.m.

However, hundreds of protesters remained at the site where Kinder Morgan was planning to drill a pair of 250-metre deep holes down the mountain in order to perform survey work for the $5.4-billion Trans Mountain pipeline. No arrests were made by police until Thursday morning.

Approximately two dozen police officers were deployed to remove the protesters, including a handful of officers that wore body cameras. That number grew to approximately 50 in the afternoon when reinforcements arrived from the Emergency Response Team, the Tactical Troop and Crisis Negotiation Team.

According to an update by RCMP, seven of the protesters have since been released on the condition that they will no longer interfere, obstruct or impede with work being carried out by Kinder Morgan. Seven other protesters will be released if they agree to abide the same conditions.

The entrance to the access road into the area, at Centennial Way and Barnet Parkway, has been temporarily closed to traffic.

“We want to be clear. The RCMP is acting under the order of the B.C. Supreme Court,” said the Burnaby RCMP in a statement. “As always, our long term goal is to honour the protesters rights to peacefully protest, to carry out the orders from the court and most importantly to ensure public safety for all those involved.”

With the protesters vacated, Kinder Morgan workers have moved in and dismantled the protest camp in order to begin the process of surveying the mountain. Personal items belonging to protesters that remain in the area will be catalogued and safely stored inside a secure container for return to the owners.

“Our crews will be respectfully relocating any items that are in the designated work area. It will be secured and handed over to RCMP,” read a statement by company officials.

“Trans Mountain is pleased that the majority of the individuals occupying the area complied with the order and continue to exercise their rights to express their views in a respectful manner, while allowing our team to begin the work safely.”

Police are also working with First Nations on how to remove a “sacred fire” and totem pole that remains within the survey site and in contravention of the order. 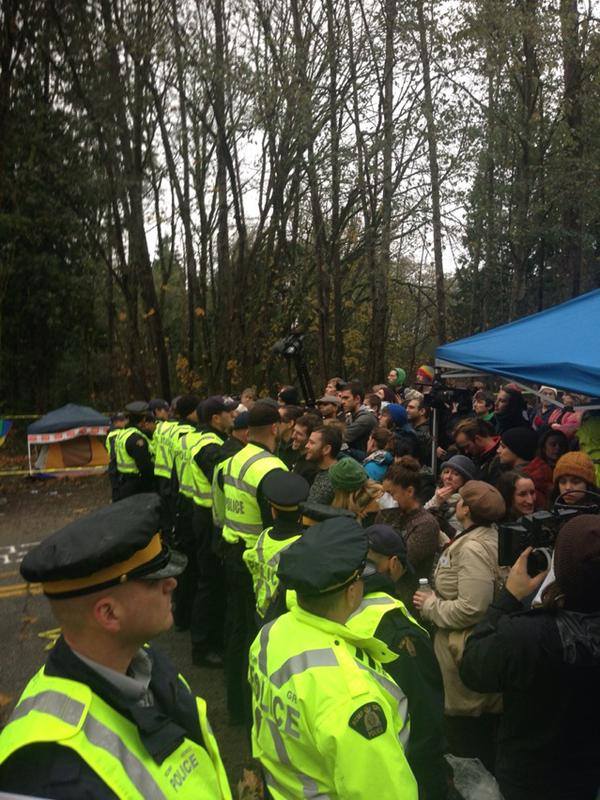 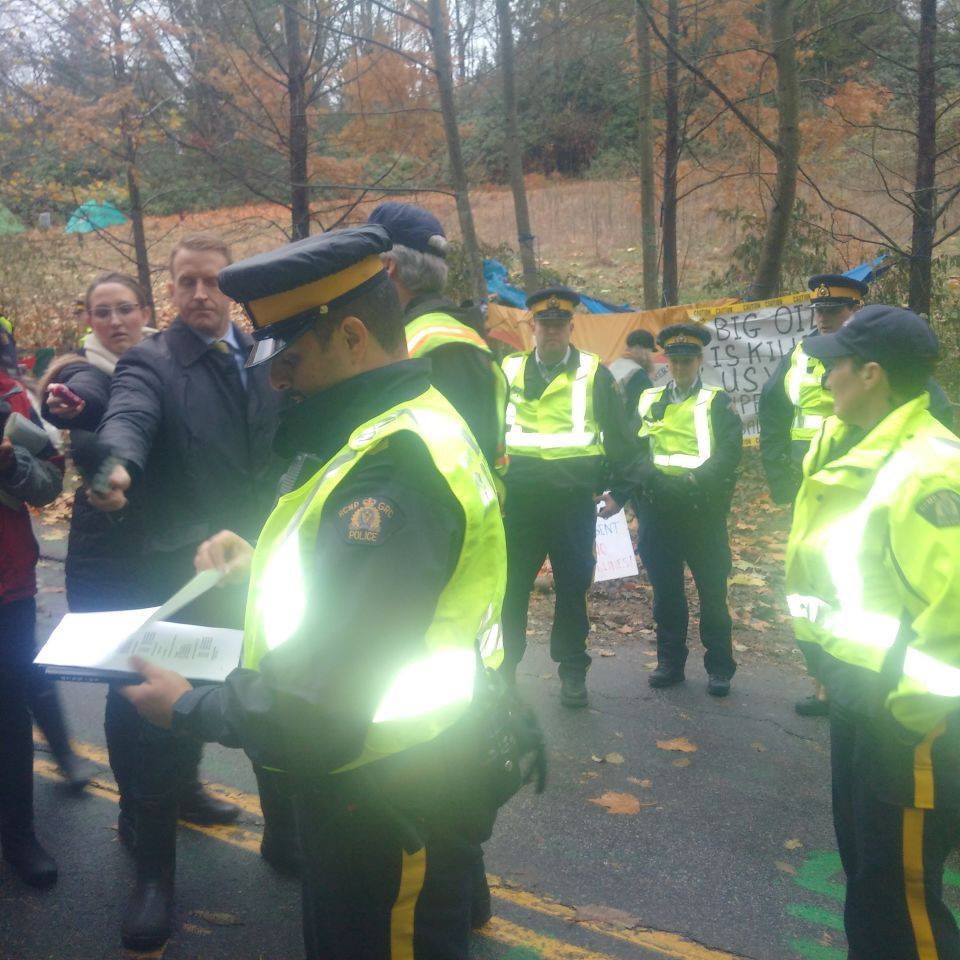 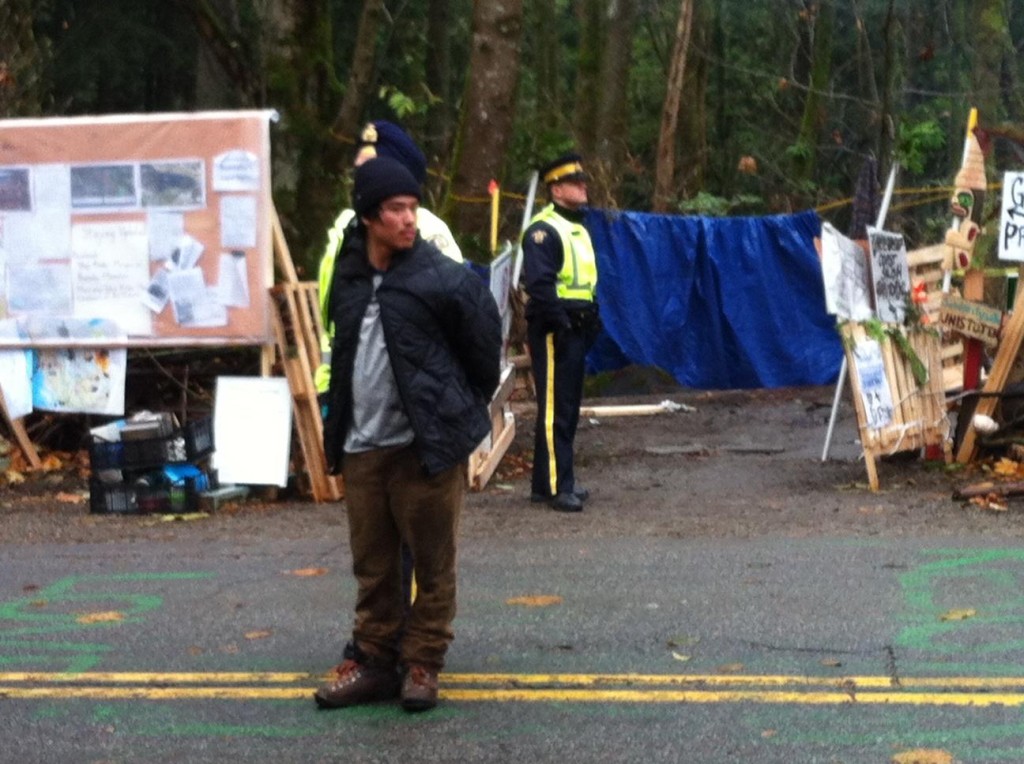 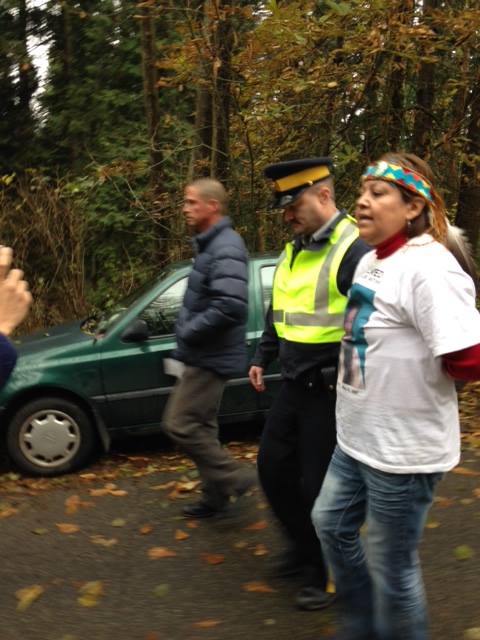