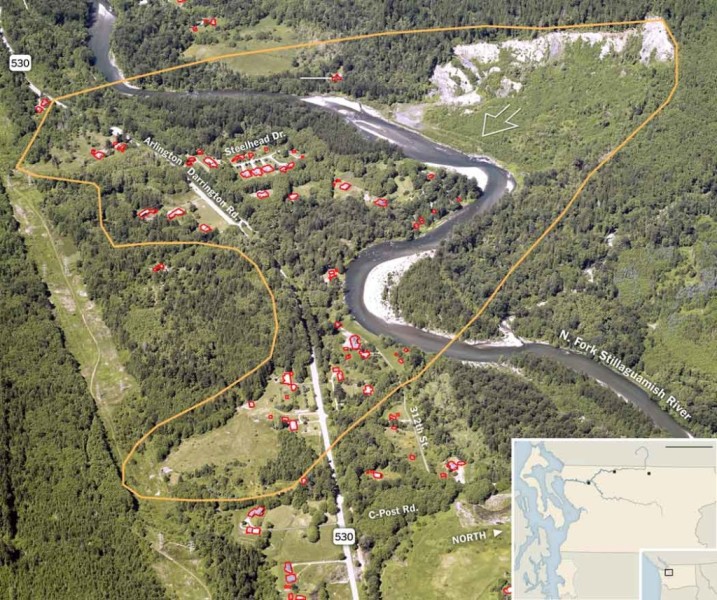 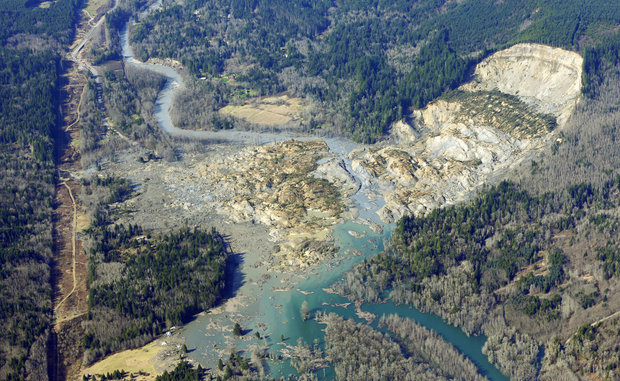 Despite the assistance, hope is now fading that anyone will be found alive in the 2.6-square-kilometre slide that swept and buried 49 buildings and 1.5-kilometres of State Route 530 with mud and debris. The 3-second long slide occurred near the town of Oso, just 88-kilometres north of Seattle, and is believed to have been caused by heavy rainfall.

On Monday, six more bodies were found to bring the death toll to 14. Rescue efforts are now heading into the fourth day with 176 reported missing. Officials believe this number of missing is likely to drop dramatically due to the possibilities that there could be duplication in reporting.

The debris field of clay and quicksand has been likened to cement to describe the difficulty and safety hazard for rescuers. Homes and void spaces have been compressed and filled with the cement-like material. The area is also unstable and could potentially fall to even more landslides, making the whole rescue effort much more treacherous.

Search and rescue crews had to turn around on Saturday night for safety reasons, even though they heard calls for help. They returned the next day but could not find any signs of live.

Meanwhile, the slide has also built a debris dam on the North Fork of the Stillaguamish River. Officials are concerned with the water pooling behind the dam and the potential of downstream flooding.

Death toll stands at 14, while crews continue to search at scene of Washington landslide: http://t.co/k6yK01t3tG pic.twitter.com/DTqIGBYhmg

Reuters photo: The hillside that collapsed in Washington state, killing at least three people in a massive mudslide. pic.twitter.com/jz2VrY4Zm8