The project at 1255 West Pender has been dubbed as “The Views” is being developed by Janda Group. The building is located on a narrow lot, next to Arthur Erickson’s heritage-designated “The Evergreen Building.” The building includes a podium for townhouses and a 15-storey high-rise tower for a total of 27 residential units. The unit sizes range from 817 square feet to 3281 square feet. 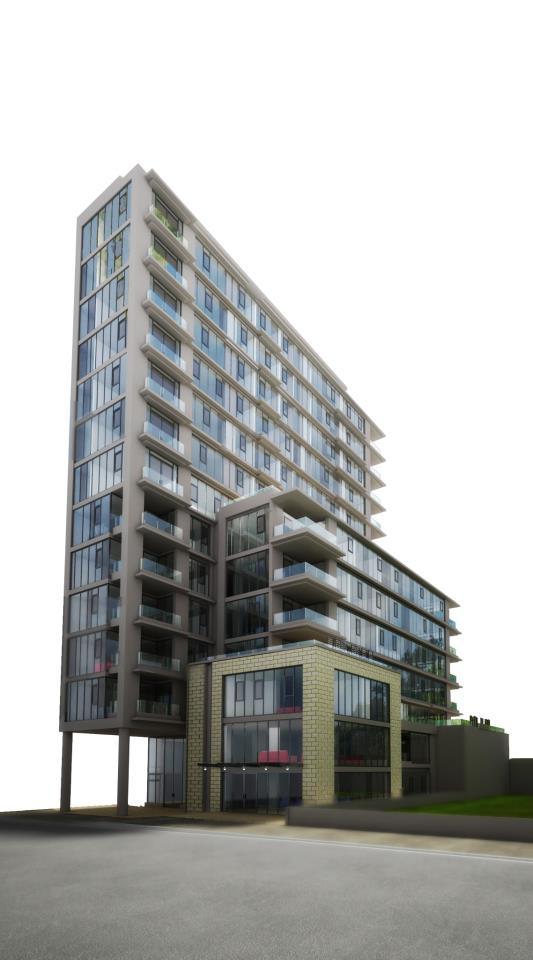 Some other notable thin buildings in the city include the Coal Harbour Flatiron (1277 Melville Street), which happens to be right across the street from The Views, and the historic Hotel Europe (43 Powell Street) in Gastown. 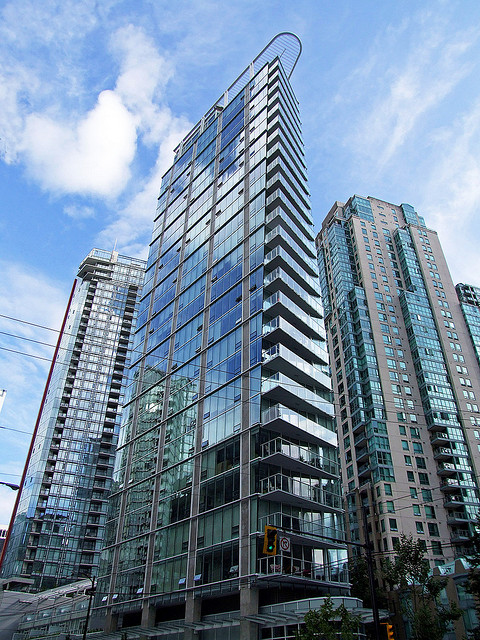 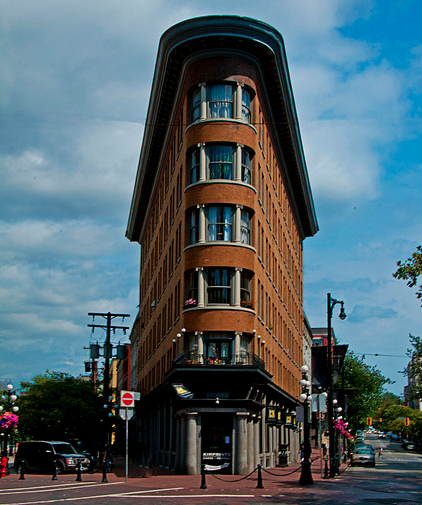