11 utility boxes along Granville Street have been adorned by art featuring the works of some amazing Emily Carr students.

A collaborative project between Emily Carr and the DVBIA, spearheaded by Susan Stewart, Dean, Emily Carr University Faculty of Community + Culture, and Charles Gauthier, President & CEO of the DVBIA, WRAP has three benefits: it gives talented Emily Carr students the opportunity to showcase work to large audiences; it contributes significantly to downtown Vancouver’s expanding free public art collection; and it solves a community problem by helping to curb graffiti on iconic Granville Street. Two years ago when the first WRAPs were installed, graffiti incidents on the boxes were reduced by more than 50%.

Each of the utility boxes, located along the 10 blocks of sidewalk between West Cordova and Drake Streets, is covered with a uniquely designed vinyl overlay created by one of eleven students from Emily Carr’s illustration program. The 11 striking designs are visually diverse – from whimsical to impressionistic to realistic – showcasing the breadth of individualistic style and theme Emily Carr University is well-known to foster through its degree programs: 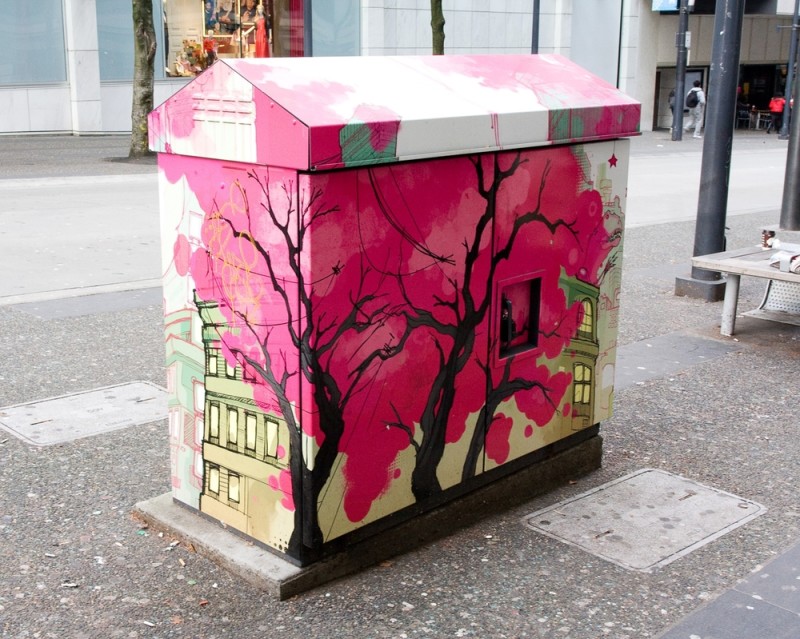 “A Mall for Some Bunnies” by Nicole Dunn 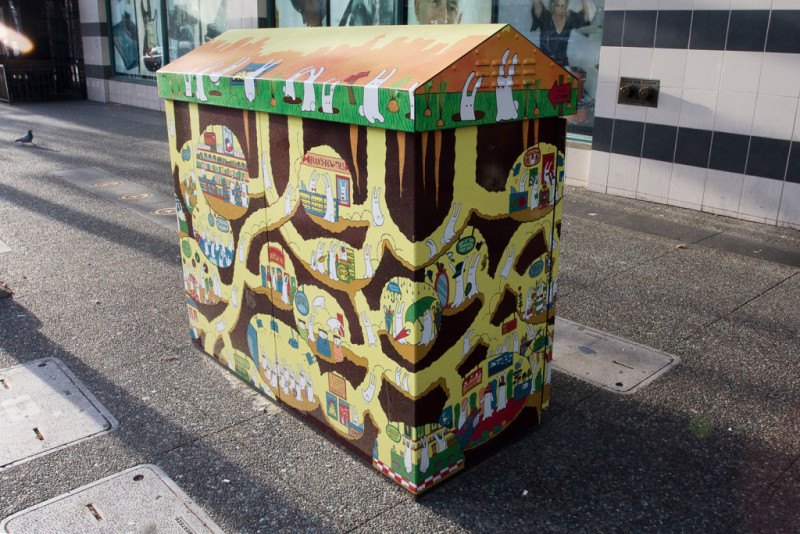 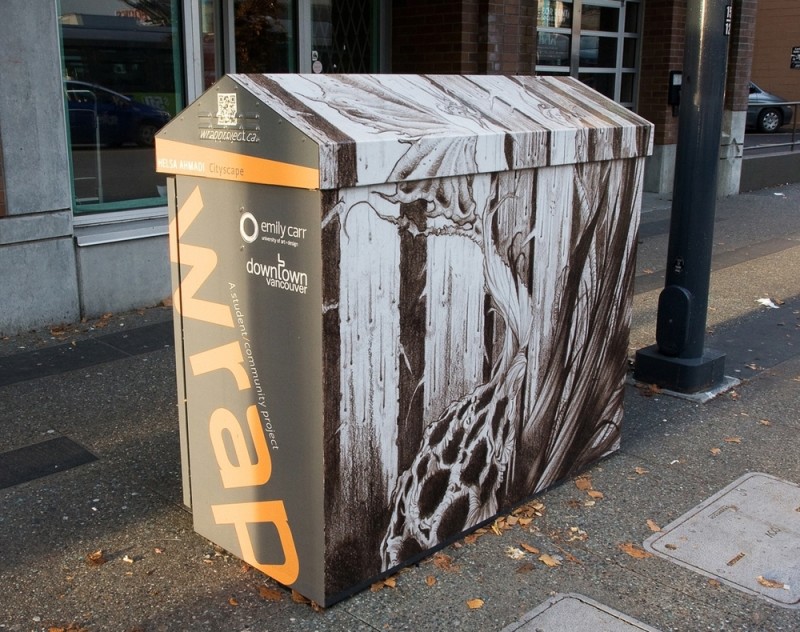 “To the Wonder” by Jingyao Chen (Viko) 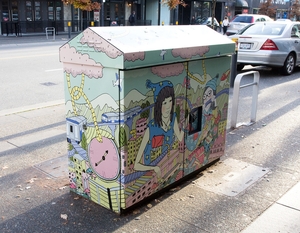 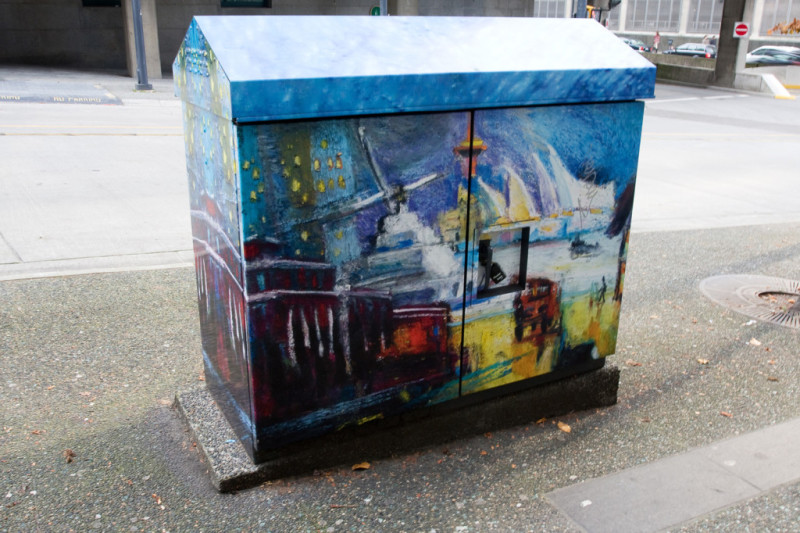 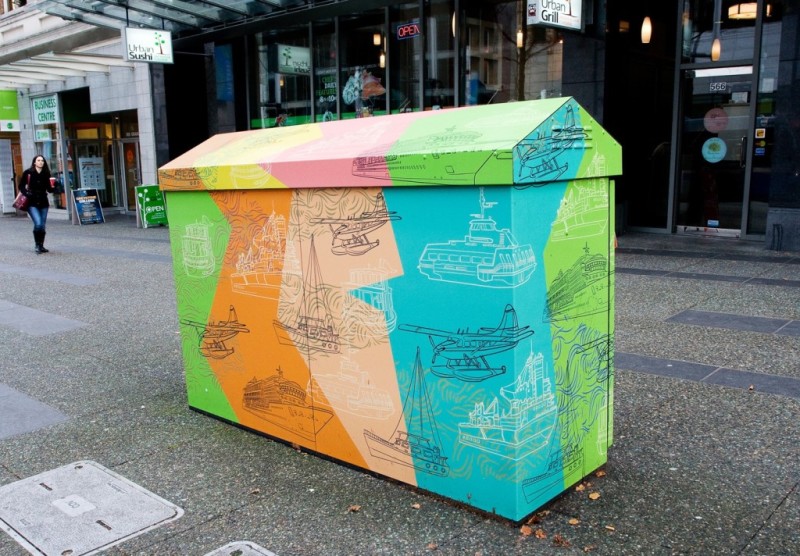 “Through the Woods” by Cathleen Chow 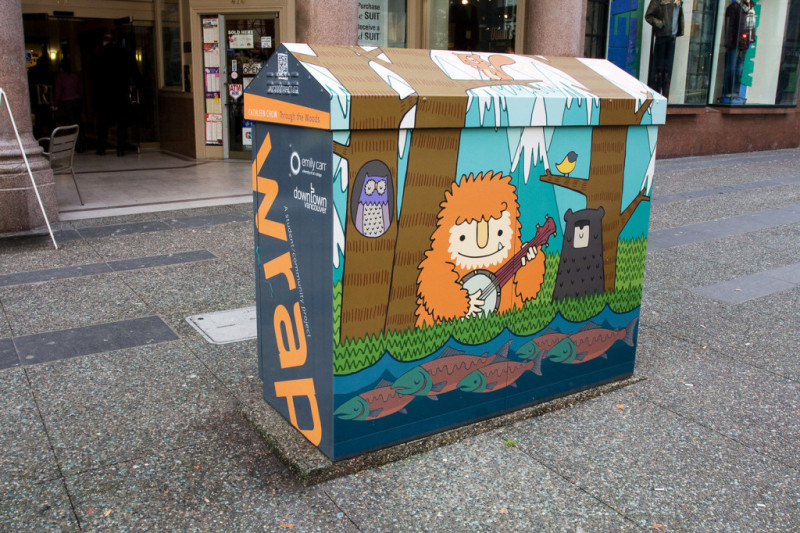 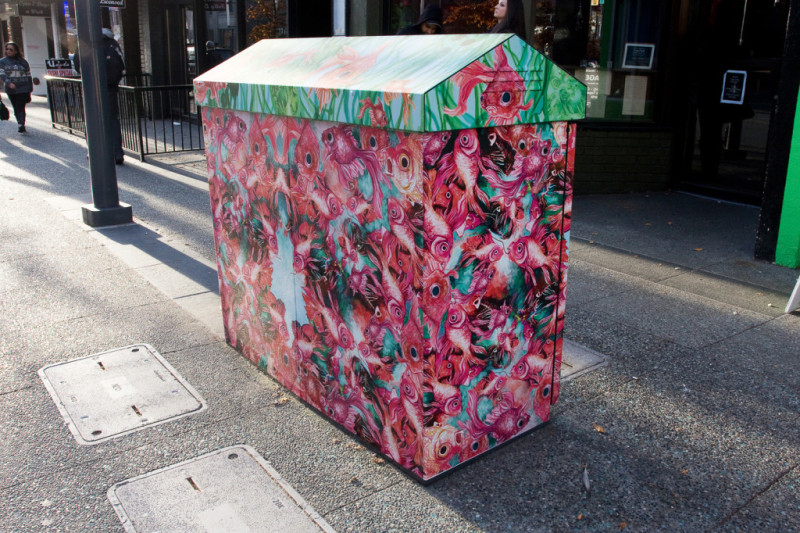 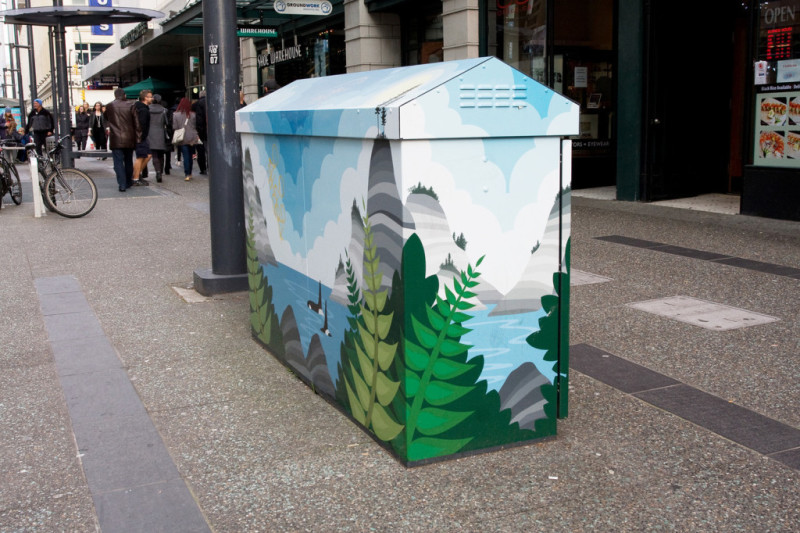 “A Lapse of Memory” by Michael MacRae 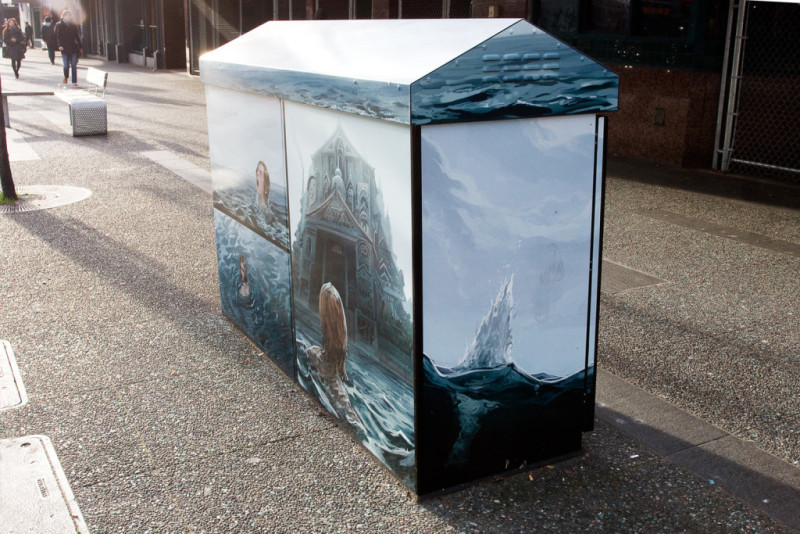 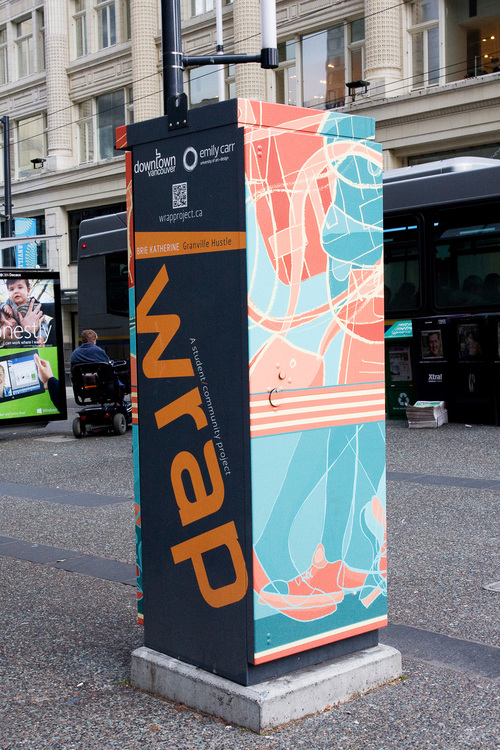 “We’re excited to continue contributing, with the DVBIA, to the vibrancy of Vancouver’s city streets and art culture,” said Susan Stewart, Dean, Faculty of Community + Culture. “Partnerships like WRAP can develop solutions to municipal challenges while benefiting students, the public and driving positive community change.”

Students from Emily Carr’s degree programs have the opportunity to work on community projects like WRAP as part of their respective programs. Current Faculty of Culture + Community projects include a collaboration with the Dr. Peter AIDS Foundation, the David Suzuki Foundation and the Museum of Vancouver, as well as ongoing partnerships with BCRTC and TransLink, where student work is showcased in transit stations and on buses across Metro Vancouver.

“Dynamic Granville Street is known the world over as the heart of our downtown,” said Charles Gauthier, President & CEO of the DVBIA. “It’s where music, art, retail and entertainment come together to define our city. It’s appropriate we’ve partnered with a relevant, world-class university to add to Granville’s substance and appeal.”

The $20,000 cost of the project was paid for by the DVBIA, which is funded by its member businesses in its 90-block area. Selected artists received an honorarium for their work, which will be displayed for a two-year period.