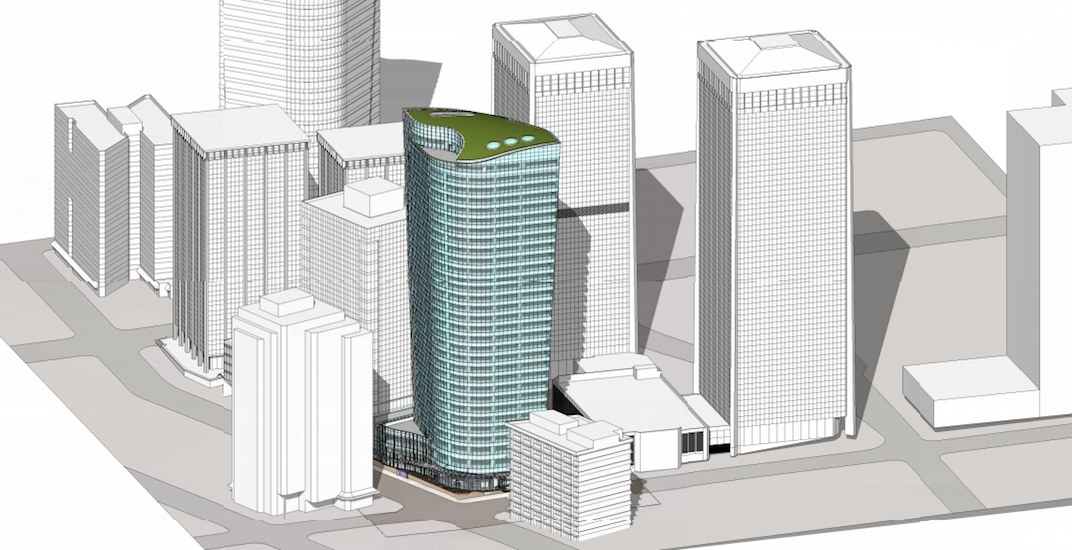 A proposed office tower project at the southeast corner of West Pender Street and Thurlow Street could be one of the largest office space additions in the city during the coming office tower boom.

The City of Vancouver has received a development application from local architectural firm Musson Cattell Mackey Partnership, on behalf of developer and landowner Bentall Kennedy, to redevelop the large 30,900 sq. ft. site at 1090 West Pender Street into a 33-storey office tower with 562,135 sq. ft. of space.

Its office plates will be relatively large, making it suitable for large companies and tech firms.

There will also be 7,863 sq. ft. of space on the ground floor for restaurants and retail.

The site – directly across the street from the Marriott Pinnacle Hotel – is currently occupied by an 11-storey office building built in 1971. 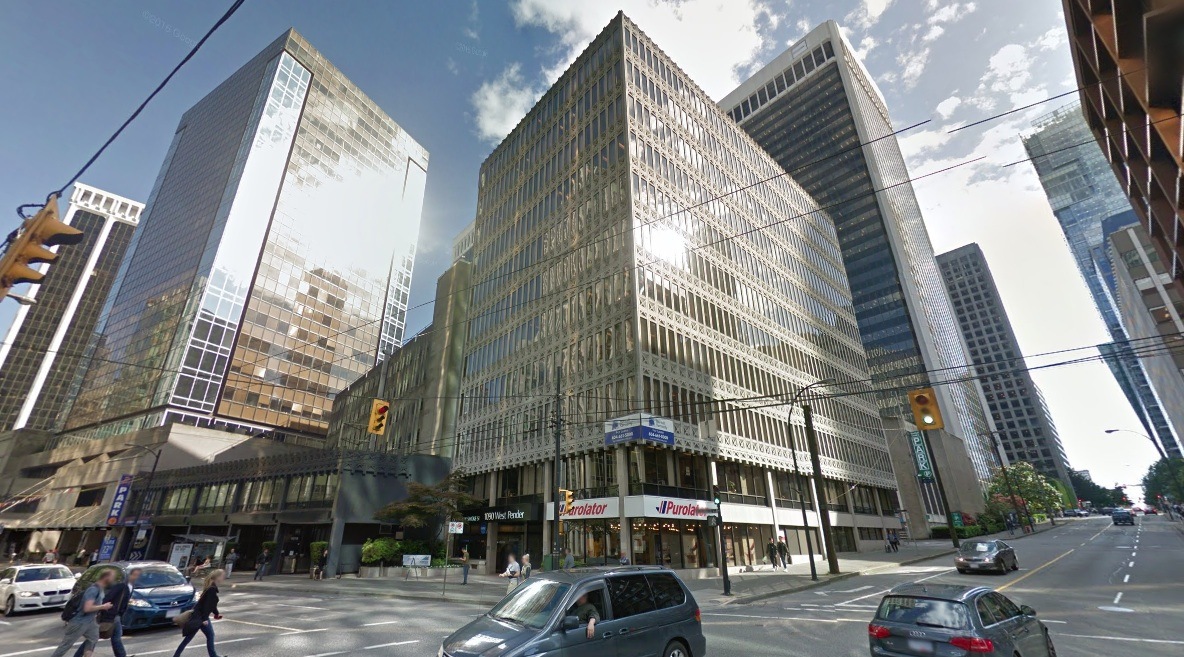 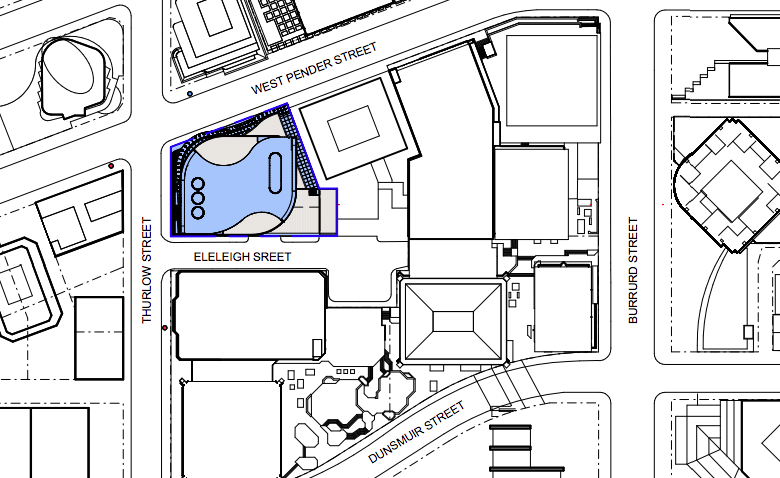 The proposed site at 1090 West Pender Street in downtown Vancouver. (City of Vancouver)

The project will have a high floor space ratio (FSR) density of 17.5 FSR, and to support the office workers there will be 432 vehicle parking stalls over seven underground levels accessed from the laneway.

According to the architect’s design rationale, several rooftop garden spaces will provide “a variety of experiences for building occupants including views, access to nature, daylight, fresh air, and social interactive accessible useable space.”

The third floor will have tenant patios with shade, a native garden, fire bowl, and flexible and social seating area. 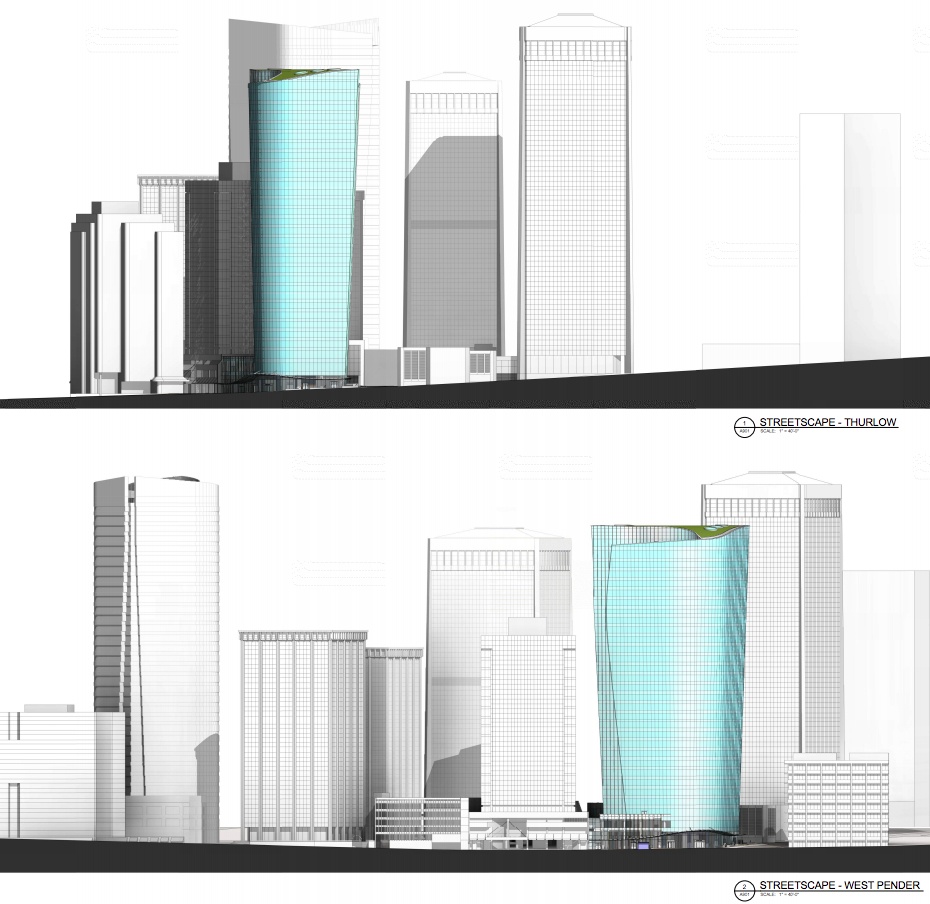 Further up on the fourth floor, there will be another tenant patio, with an amenity deck. This space will include a pleasure garden, flexible and moveable seating, urban agriculture, and an outdoor kitchen for gatherings.

Towards the top of the tower, an amenity deck on the 31st floor will boast “outstanding views” of the harbour, the North Shore mountains, and the city. This major amenity space is envisioned with lounge-like banquet bar tables, fire bowls, BBQ area, and areas for quiet contemplation.

A green roof featuring a fescue grass mix is proposed for the tower’s rooftop. 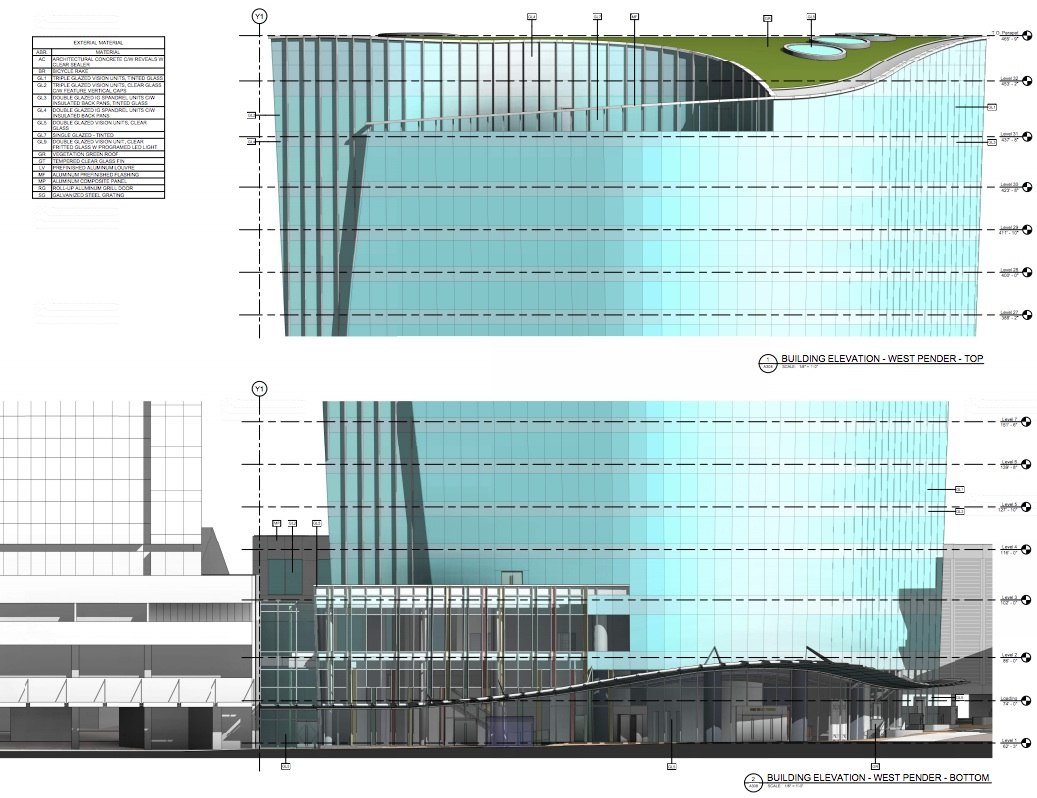 On the exterior of the tower, there will be stone paving “inspired by Burrard Inlet” from the lobby to the street edge.

Eveleigh Street will be animated with cafe bar seating, a widened sidewalk, and recessed building setback. Bollards will be installed to help define the expanded pedestrian realm.

The exterior ground plane of the building, including the canopy base, will have nighttime lighting.

The development application is the next step for the project, after City Council approved a rezoning application in 2015.

Vancouver is currently experiencing an extreme office space shortage, with an office vacancy in downtown of just 5% – half of what it was in early-2016. The city’s office vacancy rate is now the second lowest in North America, just behind Toronto. 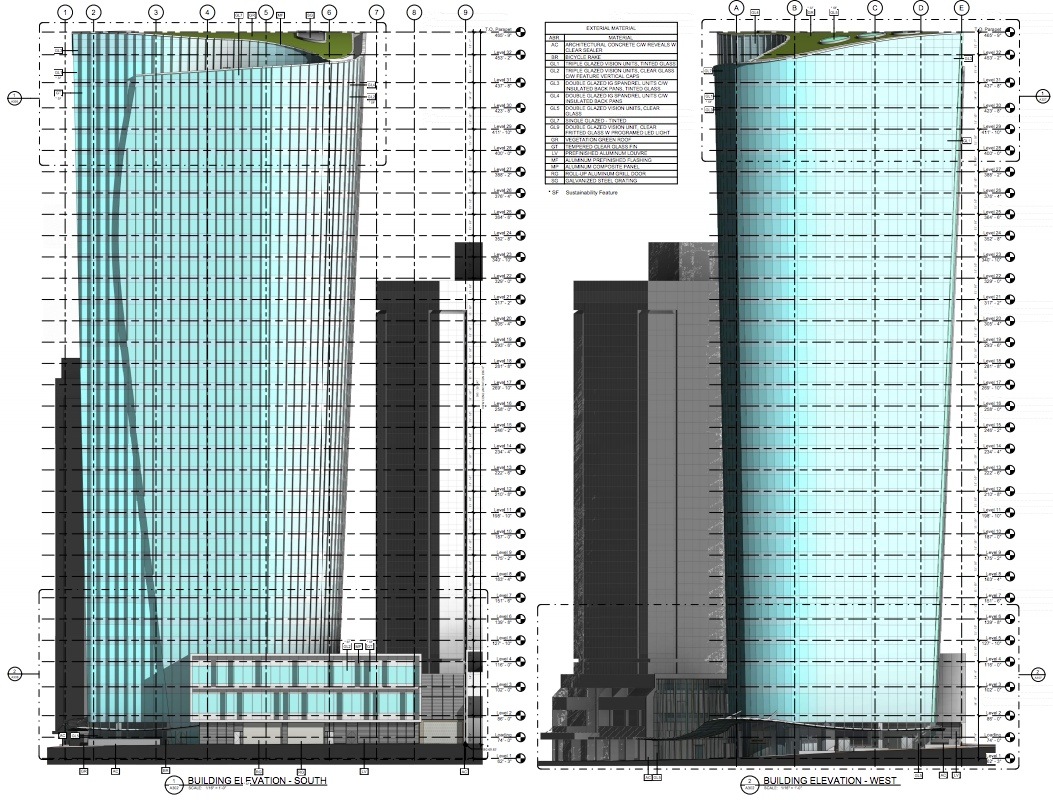 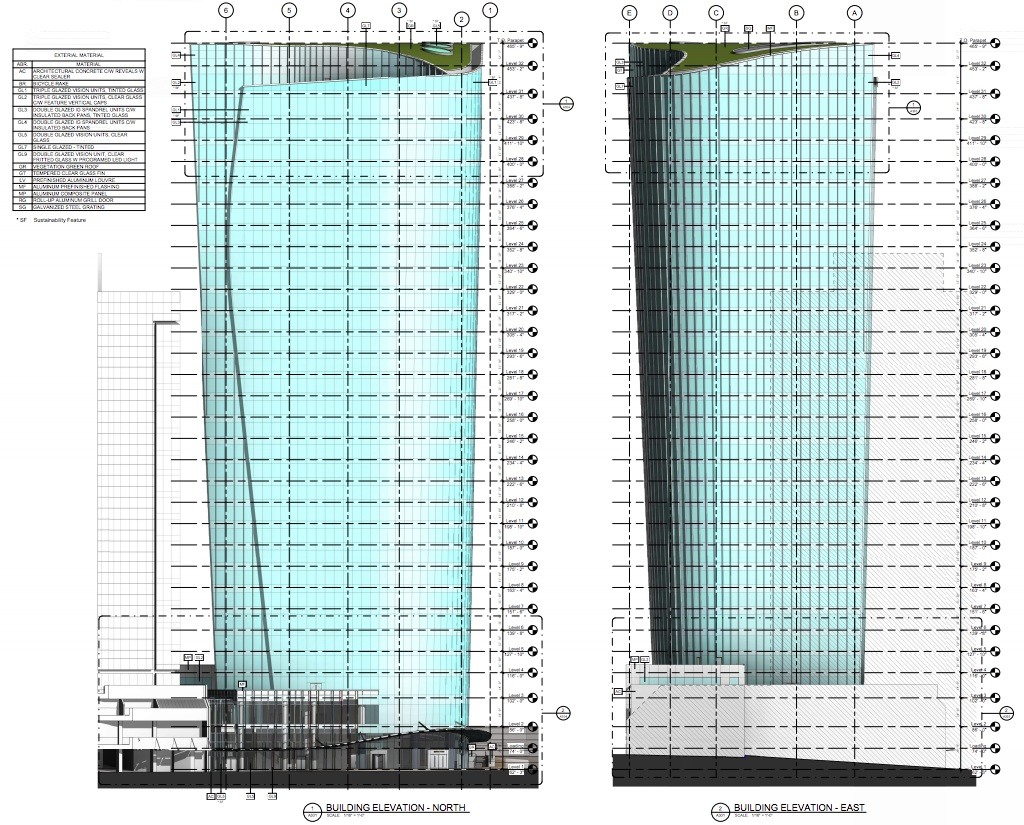