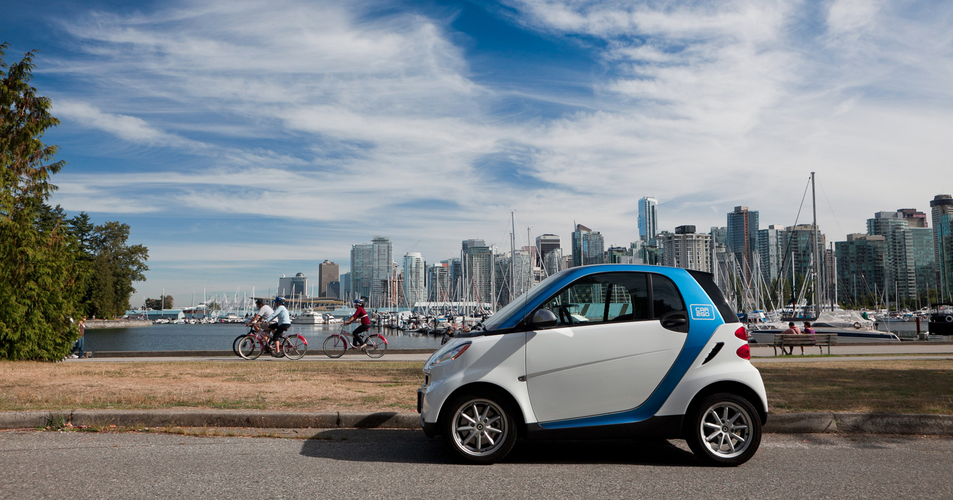 Vancouver has become the largest market for car sharing service car2go in the world, with a member base of 100,000 people.

That means one in six Vancouverites have car2go memberships.

Since its launch in the city, nearly six million car2go trips have been made, according to the sharing service, along with more than 33 million total kilometres driven.

Vancouver is also home to the largest fleet of car2go vehicles in the world with 1,250 of them dotted throughout the Metro area.

“Vancouver continues to set the standard for how innovative, efficient mobility solutions can improve quality of life and make car ownership an option rather than a necessity,” says Chris Iuvancigh, general manager of car2go Vancouver.

Despite having a large membership base in Vancouver, car2go recently discontinued serviceto certain areas of the Metro area after discovering vehicles were sitting unused for up to 13 hours a day. Most of Richmond and parts of North Vancouver were affected by the changes.

The service has 1.2 million members globally and more 14,500 vehicles in 30 locations.