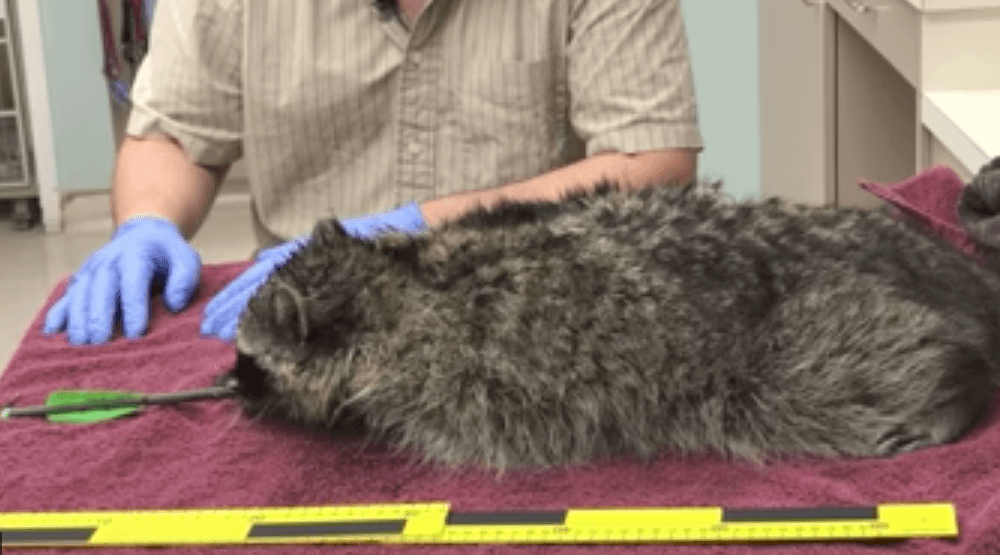 A raccoon that was shot by a crossbow in Maple Ridge last week had to be euthanized as a result of its injuries.

The incident began on Wednesday evening, when a woman spotted an injured racoon near a Maple Ridge high school and attempted to contact both the BCSPCA and conservation officers for assistance.

However, with neither available to immediately help, the woman tagged the wife of a local vet on Facebook.

It was Dewdney Animal Hospital’s Dr. Adrian Walton who came to the rescue. And what he found has sparked a public appeal, a viral Youtube video, and elicited outrage from the community. 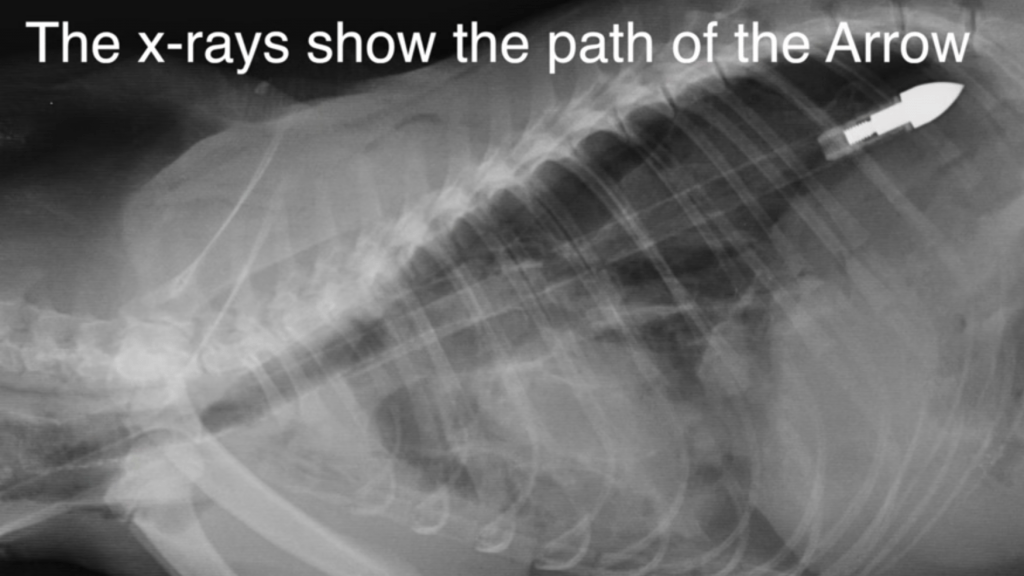 In the Youtube video, Dr. Walton can be seen pulling the still-alive and in-pain animal – with the arrow still in its head – out from under a tree and in for urgent care.

“The main issue is, it’s [the arrow] punctured into his chest cavity, so he’s got a collapsed lung,” Dr. Walton says.

He gives the raccoon a combination of pain medication and a sedative via a needle injection.

However, further examination and x-rays show that the arrow perforated both the chest and the abdomen and Peritonitis has already set in. As a result of these – and other extensive injuries – and with the arrow still lodged in the animal, the decision is made to put the raccoon down.

Dr. Walton explains that if he tried to extricate the arrow from the animal while it was still alive,” it would immediately bleed out.”

He adds that before it was shot, the animal was in “good condition, health, overall – not emaciated.”

The incident, he concludes, “took place for no other reason then wanting to inflict pain and suffering on an animal.”

In response to the incident and the video, Vancouver-based wildlife protection group The Fur-Bearers, has offered a $1,000 reward for any information that could help identify the person(s) responsible

“There is absolutely no reason for an animal to be treated in such a horrendous manner,” said The Fur-Bearers’ Adrian Nelson, “Whether this incident was in response to local conflict, or a disturbing attempt at something else, it needs to be addressed through the justice system.

At no time, Nelson added, “should this sort of treatment of wildlife ever take place in our society.”