Each day in California 600 dogs are euthanized. That figure is not a typo. Hundreds of great pets are surrendered each day into high-kill shelters, and there’s no room for them. If they aren’t adopted within three days they are put down.

Moved by the overwhelming problem of pet overpopulation in the Los Angeles area – and what she believes is a strong demand for small dogs in B.C. — Vancouverite Susan Patterson started the rescue Thank Dog I Am Out to bring some of these homeless pets to Canada.

Its inaugural event in October 2014 flew more than a hundred small dogs and puppies to Bellingham, Washington, where pre-approved adopters from Metro Vancouver crossed the border to meet their new pets.

Danna Cerjance and her boyfriend Mike Casement were among the first to arrive at the Washington State adoption event, which she described as overwhelming.

“The butterflies and anxiety we had on our way there is indescribable. Then the dogs arrived – and there was excitement, chaos and tears of anticipation,” she said.

She and Mike met and fell in love with a stubby-legged, floppy eared “little man,” spared from death row at a high-kill shelter. Now named Wilson, the “cuddle bug” is totally spoiled and spends his days strolling the seawall.

“He truly is one of the kindest, sweetest, most lovable dogs we have ever encountered,” Cerjance says.

“The thought of someone giving him up or that he would be put down…it’s just not even possible.” 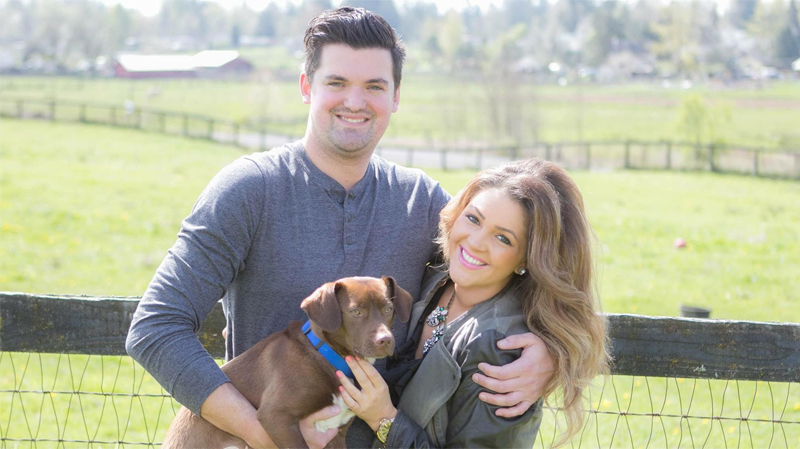 Danna and Mike and their rescue dog Wilson. (Submitted)

It wasn’t all happy endings though. The event was met with criticism from people who felt British Columbians should adopt local dogs instead of U.S. ones, but the rescue still considered the mass adoption a huge win. Only two of the dogs were brought back to the group in the past year, and were both quickly re-homed to loving families.

Thank Dog I Am Out is now gearing up for its second-annual mass adoption event, this time at Vancouver International Airport.

On November 7, up to 120 lucky dogs from high-kill shelters will be flown into the South Terminal by pilots from the Wings of Rescue charity. When the plane arrives, the dogs will disembark and be ushered into a viewing area where pre-approved adopters get to mingle with the canines.

The majority of the pooches are Chihuahuas, small terrier and terrier mixes, beagles and straight-up mutts. Each dog has been handpicked and spent time in a foster home before making the trip. Most weigh less than 30 pounds.

“It is going to be a heartwarming and amazing moment. Lots of tears,” says Patterson.

It will also be a party. The event will feature a DJ, food trucks, pet supply vendors and other entertainment.

Not just any interested animal lover can show up and adopt a dog. Interested pet parents must fill out an online application on the rescue’s website by November 5, and undergo a quick home visit. Once approved, applicants can go to the airport event and meet the dogs. Anyone who comes without being pre-approved can still see the dogs but can’t take one home that day.

All the dogs are spayed/neutered, up-to-date on their shots, including rabies, and are micro-chipped. The adoption cost of $375, which covers the price of the flight, altering and vaccinations and paperwork.

Pictures of the available dogs will be posted on its website two weeks before the event.

More information is available at thankdogiamout.com. 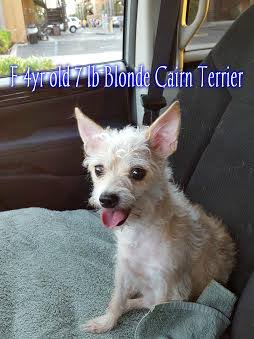 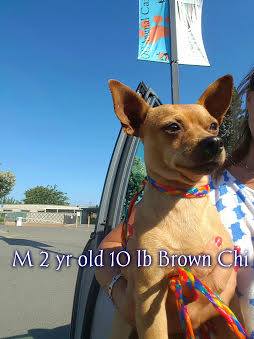 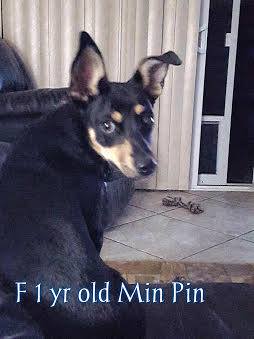 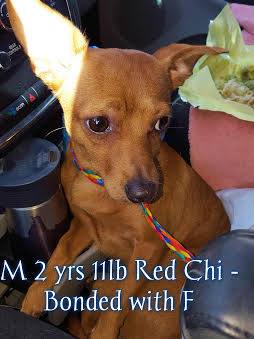 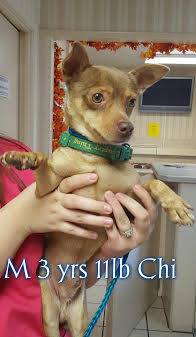 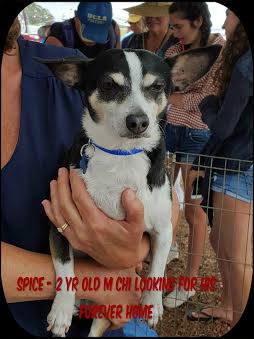