February 26 marks 100 days until the FIFA Women’s World Cup Canada 2015™ kicks off in Canada – that is 100 days until the world’s best female soccer players descend upon our country for the first international sport event held coast to coast in six different cities across five different time zones.

Vancouver is one of the official host cities with nine matches taking place at BC Place Stadium, including the Final Match on July 5.

To celebrate the 100 day countdown, a public event is set to take place at Vancouver International Airport on February 26 at 11 a.m., featuring soccer freestylers and Japanese Taiko drumming performances, a nod to the reigning world champions Japan, who will begin their title defence in Vancouver on June 8.

The theme of the 100 day countdown is “To a Greater Goal,” which is the slogan of the tournament as a whole, and represents what the organizing committee hopes will be the lasting legacy for women and the sport of soccer in Canada. A large “To a Greater Goal” banner will be present at the airport event for the public to take photos with and then share their ‘Greater Goal’ via social media. 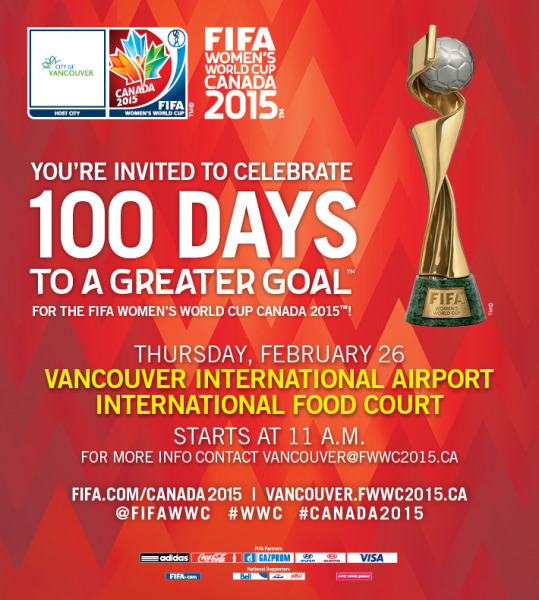 Other ways to celebrate

Miss the morning event? Ride the Canada Line Thursday afternoon and catch a glimpse of our favourite snowy owl, Official Mascot Shuéme, who will take a ride on the train into Vancouver.

As well, in the evening, local landmarks BC Place Stadium, Vancouver City Hall and the control tower at Vancouver International Airport will mark the occasion by lighting up in red.

Be there for this once-in-a-lifetime experience! Tickets for individual matches are now on sale from $20.15 at FIFA.com/Canada2015. Get yours today and see competing nations Ecuador, Cameroon, Switzerland, Japan, Nigeria, USA and more at BC Place Stadium. 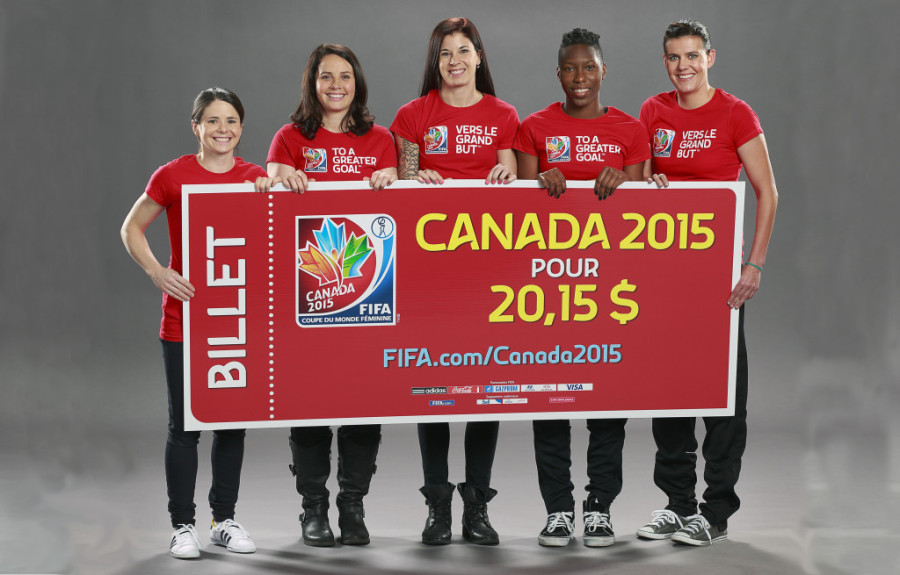