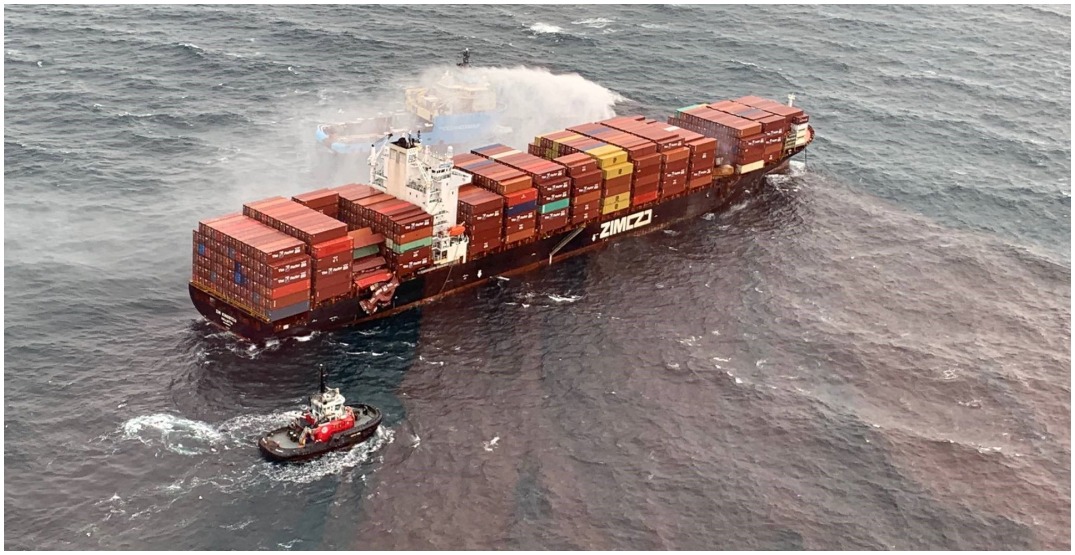 As the salvage efforts continue, the Canadian Coast Guard now says 106 containers went overboard from the MV Zim Kingston in the waters off Vancouver Island. 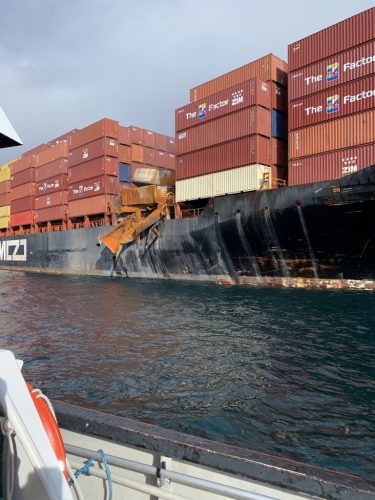 In a series of tweets Wednesday, the Coast Guard went into more detail about what was in the overboard containers. They contained toys, clothing, automotive parts, industrial parts, and furniture.

Contents of other containers overboard include toys, clothing, automotive parts, industrial parts and furniture. Unified Command expects that some of the containers have sunk and the Environmental Unit will assess for potential impacts.

So far, no containers or debris have washed up on shore. But modelling from the Coast Guard suggests the containers may reach Cape Scott on Northern Vancouver Island.

No containers or debris have been reported on shore, however the National Aerial Surveillance Program (NASP) and our helicopters will be searching today, depending on weather.

The containers went into the waters off Vancouver Island late last week. There was also a fire on the vessel, which is now mostly out.

Several firefighters and crew members were able to board the vessel Monday night, and the Coast Guard says it may take several days to fully suppress the smouldering fires inside the containers.

People on Vancouver Island are being warned to not open the containers, since they may contain hazardous contents. If you see a vessel, you’re asked to call the Coast Guard at 1-800-889-8852 immediately.