It’s the month of love, and laughter is a potent aphrodisiac. Call up that special someone and check out one of the top 10 Vancouver comedy events this month. 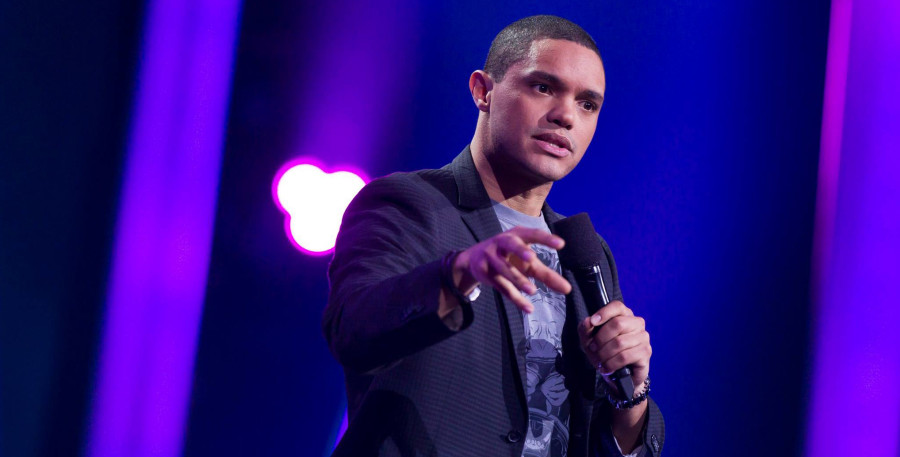 A partnership between Northwest Comedy Fest and Just For Laughs. The ten-day comedy festival brings megastars like Trevor Noah (pictured) and Wanda Sykes to Vancouver, and spotlights the best in local improv, sketch, stand-up and more

When: February 18 to 27 at various times
Where: Various venues
Tickets: $5-89.50 plus service fees, available here

Join the cast from the Emmy Nominated TV show Whose Line Is It Anyway? for Whose Live Anyway? See some of your favourite Whose Line games plus some new ones. Bring your suggestions and you might be asked to join the cast onstage. It’ll leave you feeling good for many days later.

Improv X Comic Art aka Quick on the Draw

The Fictionals and Cloudscape Comics team-up for an Improv X mashup. Grab a pen and paper and sketch your own mini masterpiece. You just may see it used live by the comedians at Cafe Deux Soleils.

The geek shall inherit the earth, especially when Geek: Interesting and Geeks versus Nerds Vancouver unleash their February line-up. Fempocalypse features geeky questions too dangerous to answer alone, and Femegeddon showcases female debaters and pop-culture characters. Hit up both for the full experience.

When: Every Thursday at 9 p.m.
Where: Benny’s Bagels (2505 West Broadway)
Tickets: Free

Why so serious? Charles Ross lovingly tears Christopher Nolan’s masterpiece a new one in One-Man Dark Knight: A Batman Parody. No costumes, no sets, no Batmobiles. Ross takes you on a one-hour comedic joyride, from Batman’s origins to his epic battles against Gotham’s super-villains.

Come and be a part of the comedy-writing process and give feedback to the comedians. Each comic will hit the stage for five minutes and receive up to five minutes of discussion with the audience on what improvements can be made on their set. Hosted by Adam Pateman.

A fictitious male stripper troupe, played by a cast of some of Canada’s best improvisational comedians, performs a sexylarious improv comedy show. These guys try to be sexy, it just comes out funny. No extreme nudity, just extreme hilarity.

Image: Sex and the Suburbs

Sex and the Suburbs

The ladies of Leave it to Cleavage return to the Evergreen Theatre with their most hilarious show yet. A side-splitting evening of sassy all-female comedy, Sex and the Suburbs is a mixture of sketch, improv, and a talk show featuring audience members as guests and a whole bunch laughs.