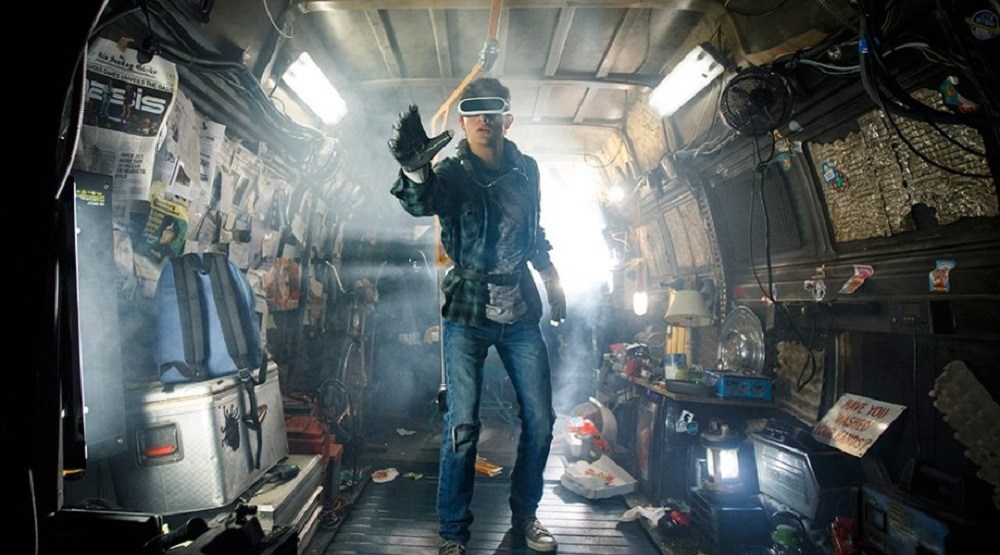 It’s time to head to the theatres once again and March has plenty in store for fans of every genre. Science-fiction and action thrillers lead the way with a little romance and family fare thrown in as well.

This month’s highlights include Jennifer Lawrence as a ballerina-turned bad-ass, a butt-kicking Lara Croft back on the big screen in a new reboot, and Bruce Willis on a hell-bent quest for justice.

Other flicks to watch for include an adaption of a beloved kid’s book, a gay teen romance, stop-motion dogs courtesy of Wes Anderson, and an iconic sci-fi novel gets its long-awaited adaptation.

For these and other titles, check out what new movies are coming this March.

Jennifer Lawrence plays a Russian prima ballerina who suffers a career-ending injury and becomes a secret agent in this sleek, sexy spy thriller. The film is based on the 2013 novel of the same name and reunites lead Lawrence with director Francis Lawrence, who helmed three of the Hunger Games flicks.

Action star Charles Bronson’s 1974 cult classic vigilante thriller (which spawned four sequels) gets a modern makeover with Bruce Willis. Grief-stricken over the death of his wife, following a violent home invasion, Dr. Paul Kersey (Willis) takes enforcement matters into his own hands and goes on a vengeful quest for justice.

A Wrinkle in Time

Anyone remember reading this book in school? Madeleine L’Engle’s iconic 1962 science-fiction/fantasy novel gets the big screen treatment thanks to Selma director Ava DuVernay. After her scientist father (Chris Pine) disappears, a young girl (Storm Reid) takes an inter-dimensional journey to rescue him.

This dark comedy follows a businessman, played by David Oyelowo, who works for a company that has developed a medical marijuana pill.

He’s sent down to Mexico to oversee manufacturing of the product but winds up being kidnapped by a dangerous cartel. His bosses (Charlize Theron, Joel Edgerton) then hire a professional (Sharlto Copley) to get him to safety.

Lara Croft is coming back to the big screen! Based on the video game of the same name, the original movie version came out in 2001 and starred Angelina Jolie. This updated reboot welcomes Alicia Vikander to the franchise.

Lara embarks on a dangerous mission to her father’s (Dominic West) last-know destination in order to solve the mystery of his disappearance. The flick also stars Walton Goggins, Daniel Wu, and Kristin Scott Thomas.

Who doesn’t love a good teen romance with a twist? Jurassic World’s Nick Robinson plays a closeted gay student who falls in love with an anonymous classmate online. He must also contend with a blackmailer threatening to out him to the entire school.

This comedy-drama is based on the book Simon vs. the Homo Sapiens Agenda. Josh Duhamel, Jennifer Garner, and X-Men’s Alexandra Shipp also star in the movie.

Get ready for more kaiju carnage! Pacific Rim gets the sequel treatment in this new addition that promises a lot more monster vs. mech. mayhem. The story takes place 10 years after the original.

Something has reopened the breach in the Pacific Ocean just as one of the Jaeger’s has gone rogue. Watch for a solid cast that includes John Boyega, Scott Eastwood, Charlie Day, and Rinko Kikuchi.

Wes Anderson returns to the world of stop-motion animation for this delightful story about a boy in search of his dog. Set in Japan’s dystopian future, where dogs have been quarantined to an island due to canine flu, young Atari (Koyu Rankin) ventures to the area in search of his beloved pooch.

Veteran filmmaker Steven Soderbergh eschews retirement once again with this horror-thriller. Starring The Crown’s Claire Foy, the story revolves around a woman who is involuntarily committed to a mental institution and must confront her greatest fear.But is it all in her head?

What’s notable about this film is that Soderbergh secretly shot it on an iPhone in 4K in order to punch up the realism. Unsane also features Jay Pharoah and Juno Temple.

Ernest Cline’s seemingly unfilmable sci-fi novel hits theatres at the end of the month. Mastermind Steven Spielberg directs this adventure, which promises to be pretty dazzling stuff. Set in the not-too-distant future, the creator (Mark Rylance) of a virtual reality world dies and leaves his fortune to anyone who can solve a series of games and puzzles.

Young Wade Watts (Tye Sheridan) finds the first clue and enters the race, only to compete against an evil corporation.