A group of ten kittens were found inside a taped shut cardboard box next to a dumpster last Thursday in Langley.

According to the Langley Animal Protection Society, a good samaritan passing by heard the animals inside a box that was placed next to a dumpster near 56th Avenue and 200th Street. Three of the kittens instantly jumped out, ran away and could not be found despite major efforts to locate them.

The animals were taken to Mountain View Veterinary Hospital where veterinarians determined them to be thin and very hungry. However, one of the kittens was far too sick to be saved and died shortly after being admitted.

The remaining six kittens are recovering well and eating again. It is believed that the kittens are just a few weeks old and came from two different litters.

Had the animals not been found by the individual, they would have likely all died from the summer heat. 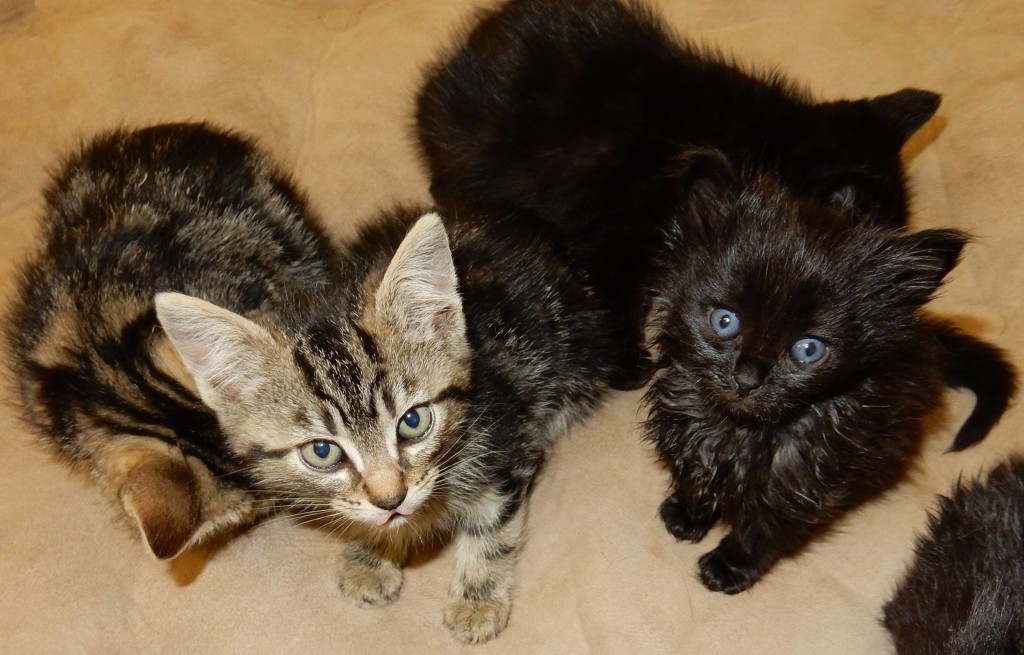