A new million-dollar playground at Richmond’s Terra Nova Park is closed after vandals fully cut the safety netting three times over the span of a month.

The safety nets of the playground’s stacked platforms that support the aluminum spiral tower were recently fully cut off three times, the Richmond Review reports.

The first incident occurred in early-December when the top net of the 10-metre tall tower was cut. Shortly after repairs were made, the same net was cut again sometime during the second week of January, which forced another closure of the slide tower.

However, after repairs were made for the second incident, vandals decided to cut off the netting for the tower’s lower decks, forcing officials to close the spiral slide tower until further notice.

Staff with the City of Richmond are currently exploring possible redesigns to make the tower more vandal-resistant, but a solution and implementation could take several months given the amount of work needed to modify the intricate design. The safety netting act as crucial barrier “walls” to prevent children from falling off the tower.

The playground was designed by Vancouver’s Hapa Collaborative and officially opened in late-September. Its play environment concept is based on the natural environment of the Fraser River’s intertidal foreshore, dykes, sloughs and agricultural lands. Aside from the spiral slide, it also features a treehouse, meadow maze, zip line, and a “log jam” climbing structure.

The City of Richmond approved the $1-million cost of the Terra Nova Park playground in 2012.

Photo of the slide construction in 2012. 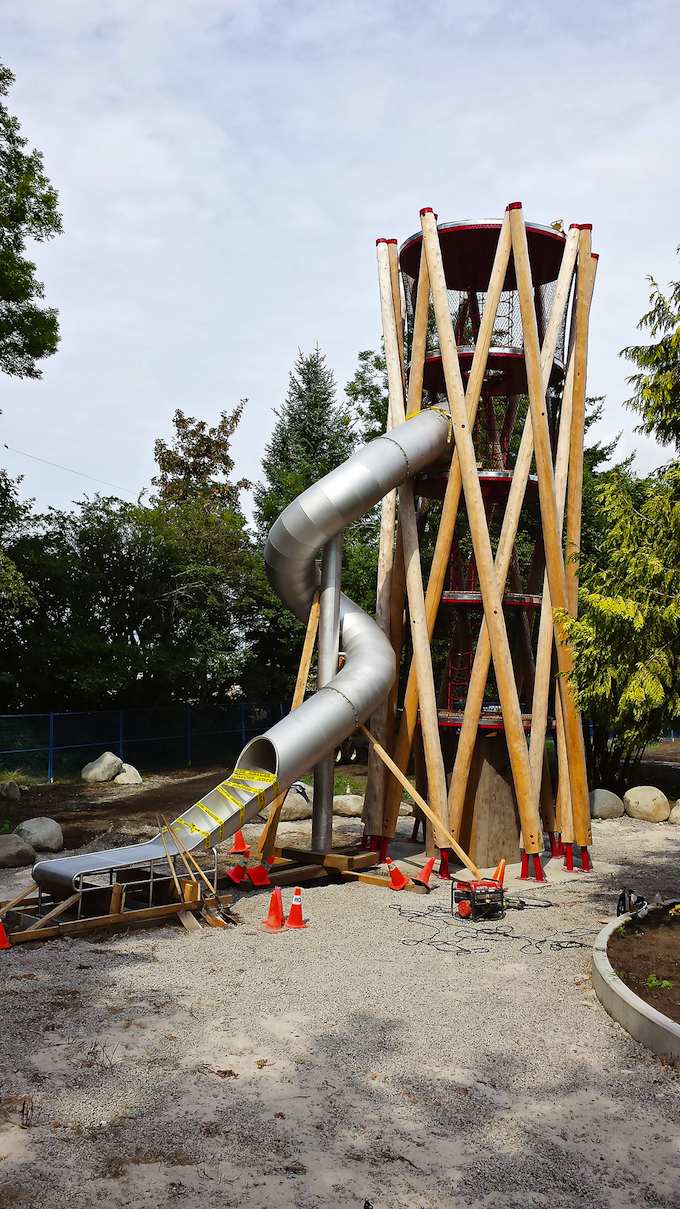