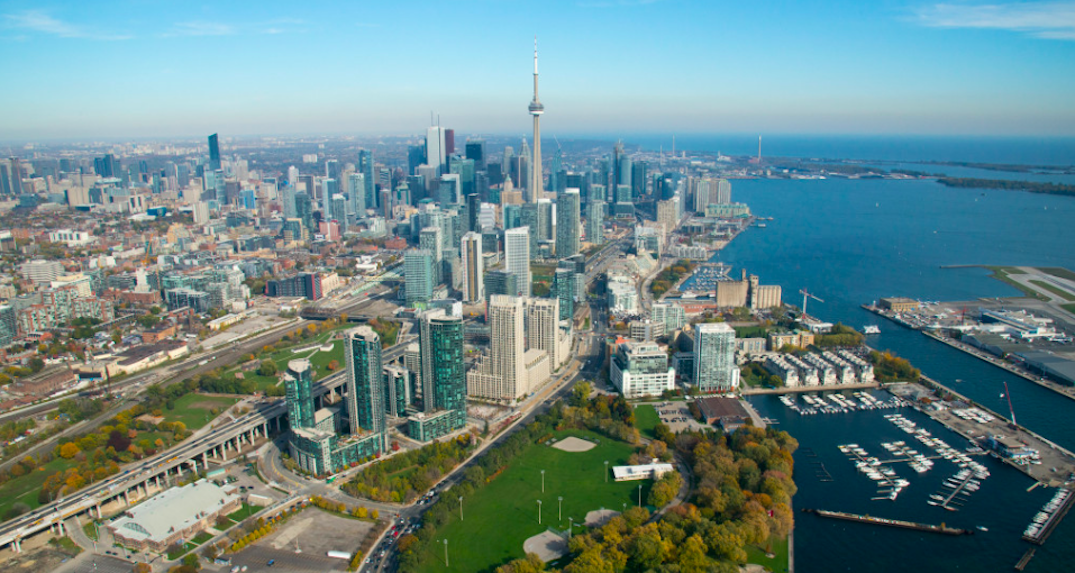 Toronto’s detached housing market was balanced in June, according to a new report.

According to Zoocasa’s report, they found that after reaching a low in April, sales and new listings in all five GTA regions noted a steady recovery in May and June.

For the report, Zoocasa says it tracked sales and new listing data from the Toronto Regional Real Estate Board for the City of Toronto, York Region, Halton Region, Peel Region, and Durham Region on a biweekly basis and compared the figures to 2019 activity for the same timeframe.

In each of the GTA regions, the report stated the gap between 2020 and 2019 sales was widest between early April and early May, with sales dropping by as much as 75%.

This gap began closing in the latter half of May, and by mid-June, sales outpaced 2019 levels for the same period in some of the GTA regions.

This included Halton and Durham.

New listings also recovered to at least 75% of last year’s levels in each GTA region.

Zoocasa’s report also calculated the sales-to-new-listings ratio (SNLR) in each market “to get a sense of whether competition for detached houses was balanced, or to identify regions where competition conditions favoured buyers or sellers.”

In Toronto, the detached housing market began to recover through May and June.

The report stated that for the period between June 8 to 21, sales for detached houses in the region recovered to 87% of sales during the same period last year, “providing a strong signal that more home buyers are gaining confidence and returning to the market.”

More sellers also began listing homes during those two months, and the volume of new listings between June 8-21 reached 81% of 2019 levels. Zoocasa said this is a “striking contrast to the weeks between early April and early May when new listings were only at 30% of last year’s volume.”

With sales and new listings rising at the approximately same pace, the detached house market in Toronto was in balanced territory in June with an SNLR of 47% for the June 8 to 21 period, compared to 45% for the same period last year, according to the report, adding that a “balanced market occurs when the SNLR is between 40-60% and indicates that there was enough available supply to meet buyer demand.”

“Based on the recent traction we are seeing in the market, although demand is not quite at pre-emergency levels, it certainly feels as though we are heading back in that direction,” said Emma Pace, a Zoocasa agent in the City of Toronto. 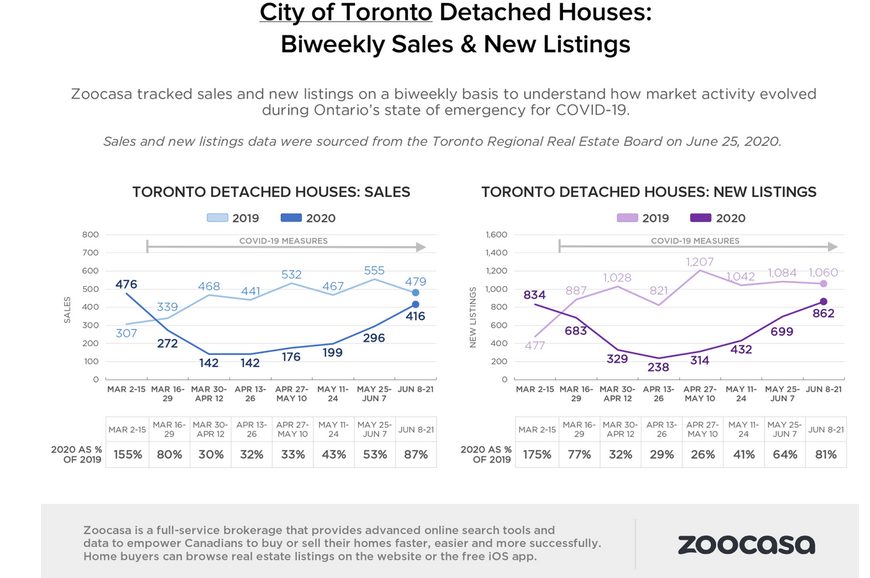 The report also stated that Peel reverted back to balanced conditions, while York became more competitive than 2019 for buyers.