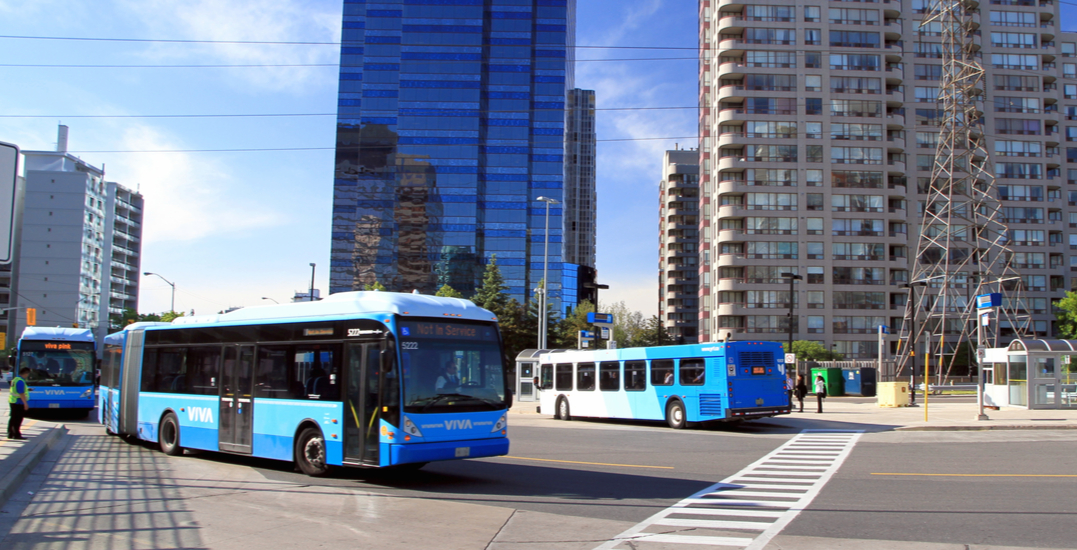 According to the YRT, the health unit confirmed a transit rider on Route 90 and Route 16 travelling west on 16th Avenue on September 15 has tested positive.

A notice has been issued for individuals who may have travelled on the same routes between the hours of 3:30 pm and 4 pm:

“The individual with a COVID-19 infection wore a mask during the entire bus trip, which can reduce the possibility of transmission to others,” said YRPH in a statement.

“Other riders of the bus were likely using face masks or coverings, as mandatory by YRT/Viva. A public notice is being issued as York Region Public Health is unable to identify all riders of this bus during this time.”

Travellers who may have been on board at this time are asked to monitor themselves until September 29 and if experiencing symptoms to self-isolate immediately and get tested.

York Region Public Health was first notified of the confirmed case on Monday, September 21, according to the YRT.