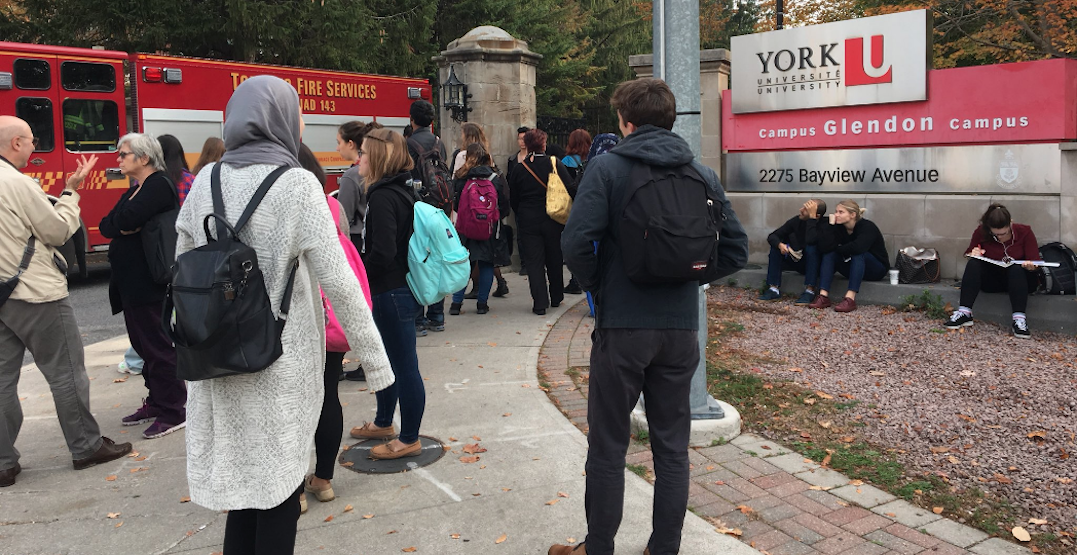 UPDATE: Toronto Police are now on site investigating and have allowed students to re-enter the school.

Toronto Police announced that York University’s Glendon Campus is being evacuated this morning due to a police investigation involving a potential bomb threat.

Police made the announcement at 10:24 am via Twitter and said that the building is now being evacuated by York campus security.

York’s Glendon Campus is located near Bayview Avenue and Lawrence Avenue East. So far there has been no word on how the threat was made, if a specific building was targeted, or if there have been any injuries.