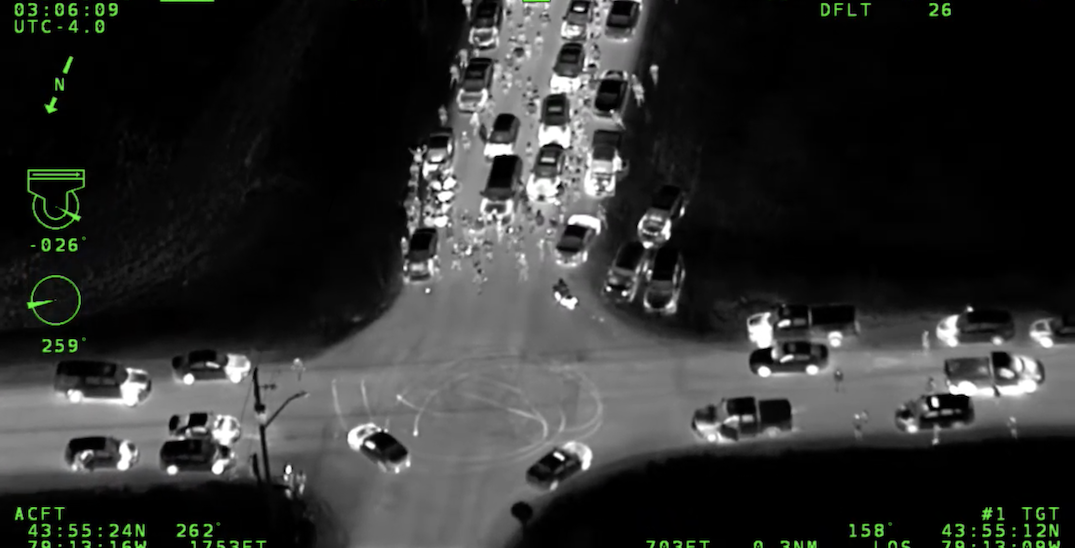 Over 390 charges were laid and 13 people were arrested by York Regional Police in an investigation for alleged street racing in Vaughan.

Project Dragnet, started by officers with the York Regional Police Road Safety Bureau in July 2020, was formed to “address concerns of organized street racing” in the city.

Every weekend, officers would head to locations that are known to be used for gatherings of custom cars and organized races, according to the YRP.

“In total, officers stopped and inspected 28 vehicles for racing or for modifications. Twenty drivers had their vehicles towed and licenses suspended. More than 390 Highway Traffic Act charges were laid, 34 tickets for other provincial offences and 10 charges were laid for Criminal Code offences including Dangerous Operation, impaired driving-related offences and Flight from Police.”

“York Regional Police is making stunt driving offences a high priority to ensure the safety of our streets for those people who are driving to work or going out for essential items. Anyone caught driving more than 50 kilometres per hour over the posted speed limit can expect to be charged, have their vehicle towed and their licence suspended,” said Police.

The YRP encourages residents to report unsafe driving by calling 911 if needed, calling the non-emergency line for gatherings that look as if a race is about to start or reporting online on their Road Watch Program.