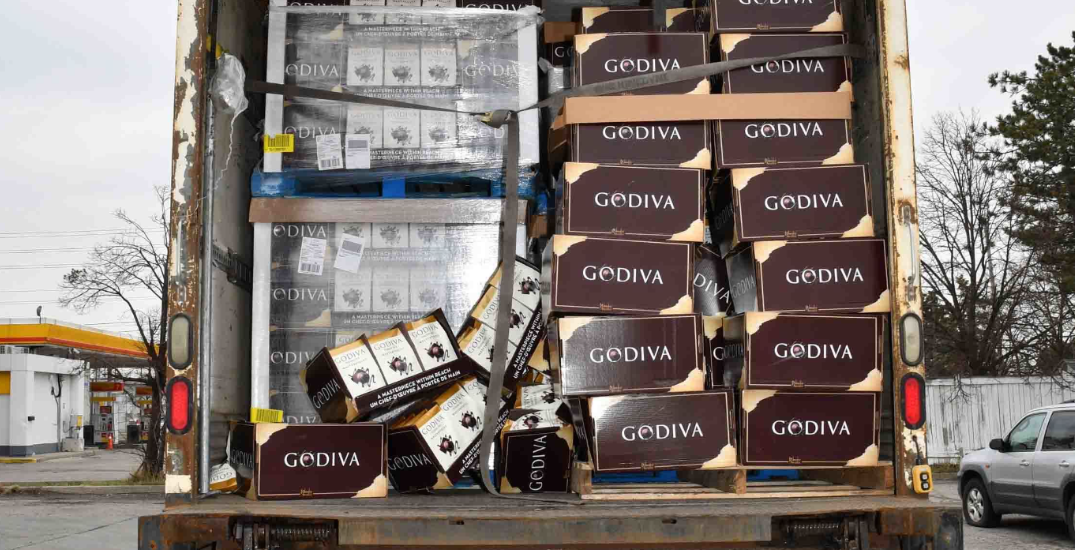 York Regional Police have announced the recovery of hundreds of thousands of dollars worth of stolen chocolate, nuts, and two trucks.

In a release issued on December 17, the department’s auto/cargo theft unit said they’d seized more than $600,000 in stolen chocolate and nuts, as well as two tractor trailers.

Police say the investigation began in November after officers identified a group they believed to be stealing loads of cargo.

Investigators located a stolen tractor trailer that contained 55 skids of chocolate – worth $360,000 – in Toronto. A second stolen trailer was located in Vaughan. The truck was loaded with 22 skids of pecans, worth $270,000. 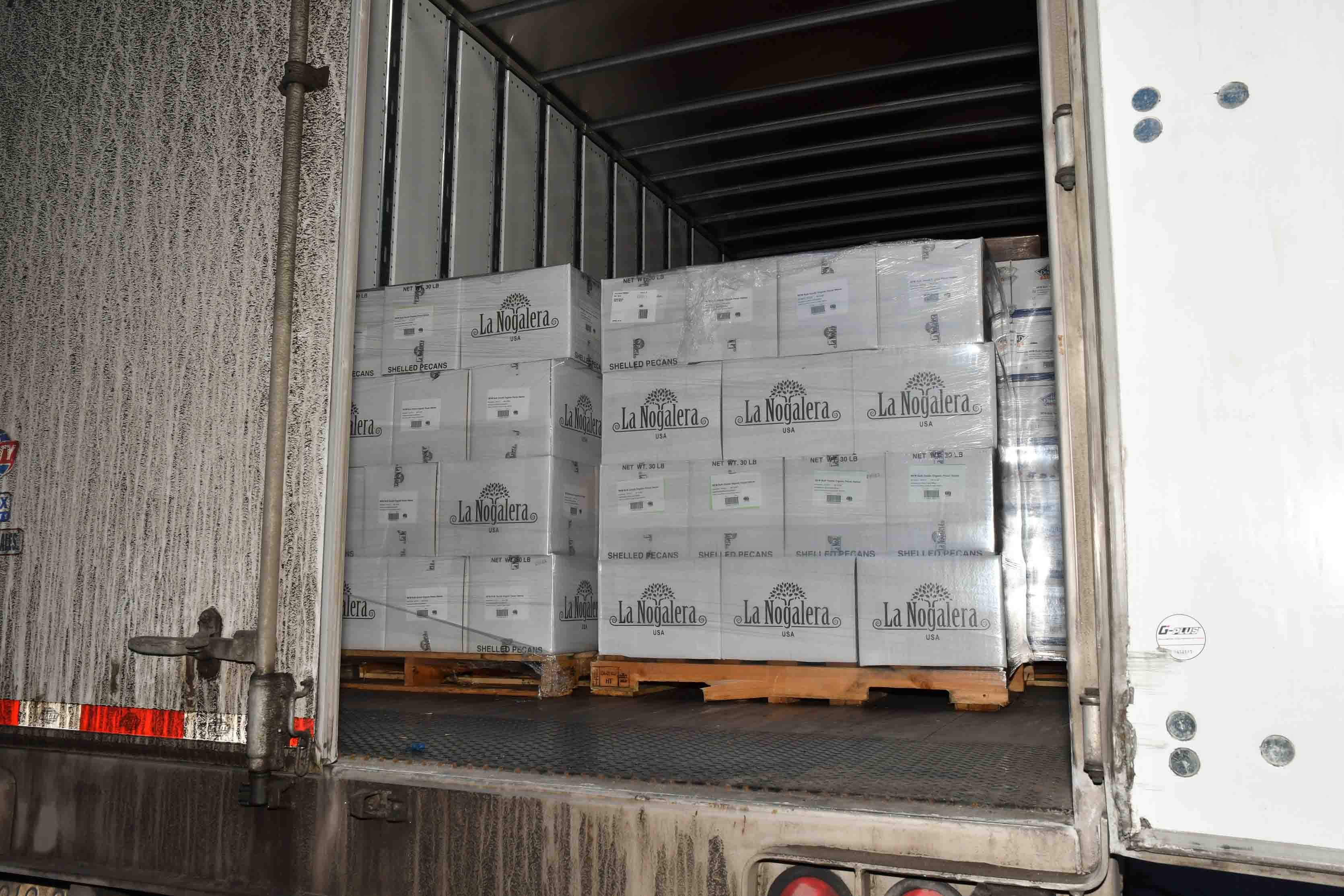 As a result of the investigation, York Regional Police arrested Sunil Masoun, 41, of Toronto, Manpreet Samra, 41, of Brampton, and Varinder Dhillon, 35, of Brampton.

They are also charged with possession of heroin and crystal methamphetamine for the purpose of trafficking, dangerous operation of a motor vehicle, and flight from police.