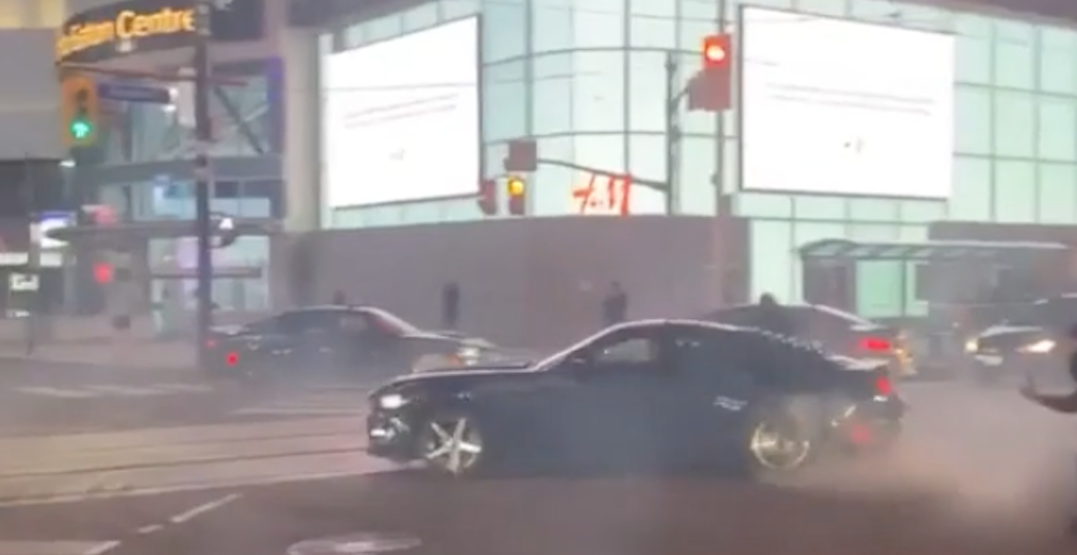 Toronto police tell Daily Hive they are investigating after a driver was caught on video doing donuts in the middle of the Yonge and Dundas intersection.

The incident was shared online on Tuesday night.

In the footage, a vehicle is seen ripping into the downtown intersection and spinning in several circles while a number of people film at a close distance.

It appears as though other vehicles are blocking off the roadways, preventing cars from passing through for the duration of the stunt.

At the end of the video, a police car approaches — siren and lights on — seemingly from nearby. The clip ends as the official vehicle draws close to the one that was stunting.

Well this happened… from r/toronto

A spokesperson from the Toronto Police Service told Daily Hive that the incident occurred just before 10:15 pm on Monday night.

Arrests have not been made at this stage, they said, and the investigation is ongoing.