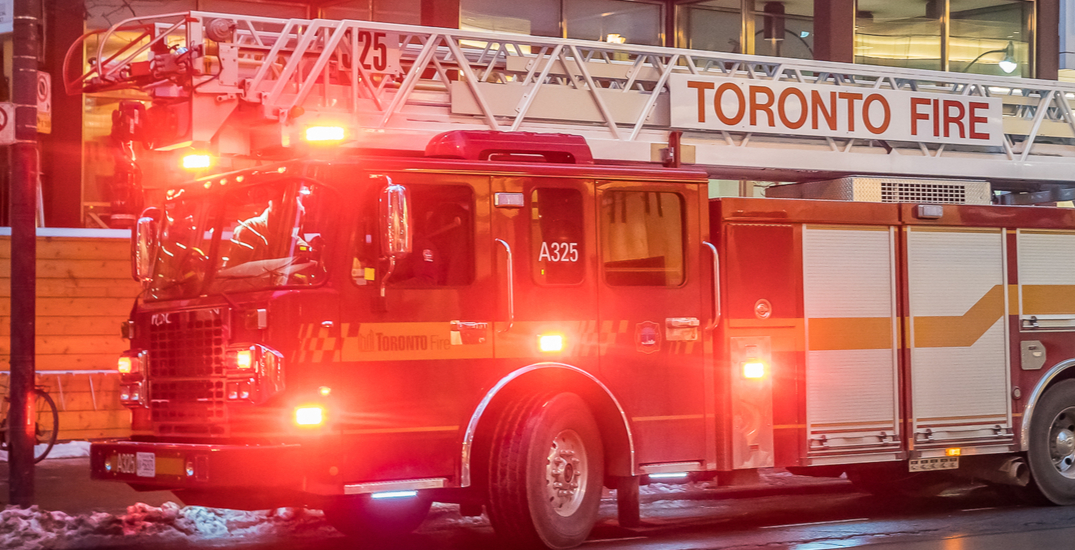 A woman has been pronounced dead, and one officer has been injured after a fire broke out in an apartment building in Etobicoke on Monday morning.

According to tweets issued by Toronto Police, just before 11:30 am, officers responded to a fire at an apartment building at Cavell Avenue and Royal York Road in Etobicoke.

The fire was reported on a high floor of the building with a woman reportedly trapped inside. After forced entry, crews were able to get her out.

One officer was also injured, but police say it’s considered to be minor.

Police reported that the entire top floor was engulfed in smoke/flames.

FIRE:
Cavell Av + Royal York Rd
* 11:26 am *
– In an apartment building
– Fire on a high floor
– Reports of billowing smoke
– Working fire
– Building being evacuated
– Woman trapped in an apartment
– @tofire trying to get to her
– Officer with injuries from fire#GO2263454
^dh pic.twitter.com/VFOrYkwh1I

Fire Cheif Matthew Pegg said he extends his sincere “condolences to family, friends and all those impacted by this morning’s fatal fire on Cavell Avenue.”

He added that his teams are working alongside Toronto Police “to determine the origin, cause and circumstances of this tragic fire.”