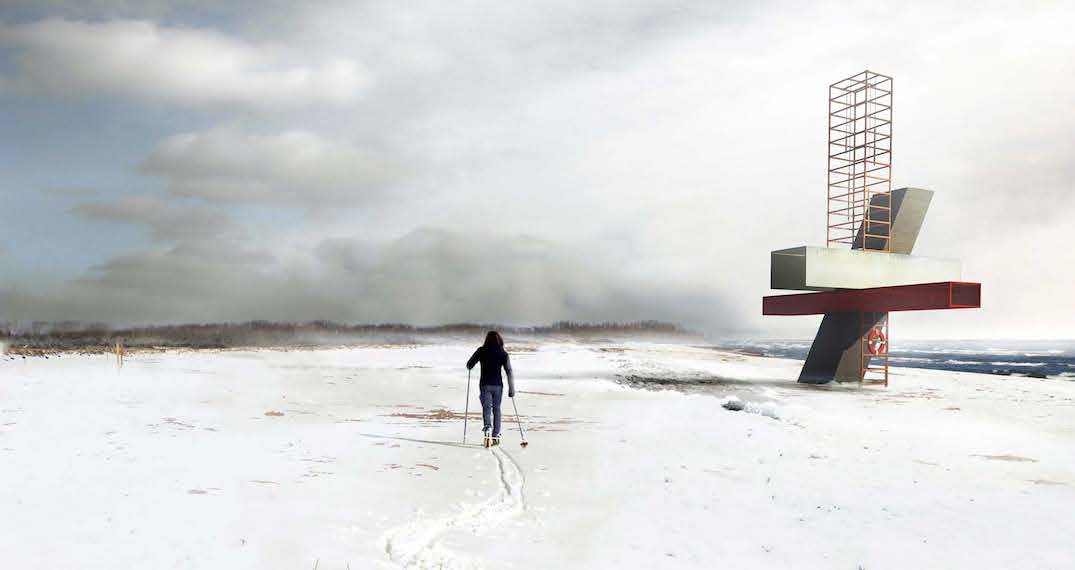 The sixth annual Winter Stations Design Competition will be on display at Toronto’s east beaches this month, and next week, you can meet the artists behind the work.

On February 13, the event will host its free opening night at Fox Theatre at 2236 Queen Street East, where the artists behind this year’s winning submissions will offer insight into their designs.

The three winning designs were selected from over 200 submissions from around the world, and they will be popping up starting February 17.

Every year, artists, architects and designers are asked to create bold designs at the site of the lifeguard stations that are dotted along the beachfront. The theme for this year’s installation is Beyond the Five Senses.

“We are thrilled to be part of the Opening Night of Winter Stations and are especially excited to see it hosted at the historic Fox Theatre,” Anna Sebert, Executive Director for The Beach Village BIA said in a release.

“Winter Stations has put our neighbourhood at centre stage for the last six years and we feel it fitting that the Opening Night has now found a home on Queen Street East in the Beach Village.”

And the 2020 Winter Stations winners are: 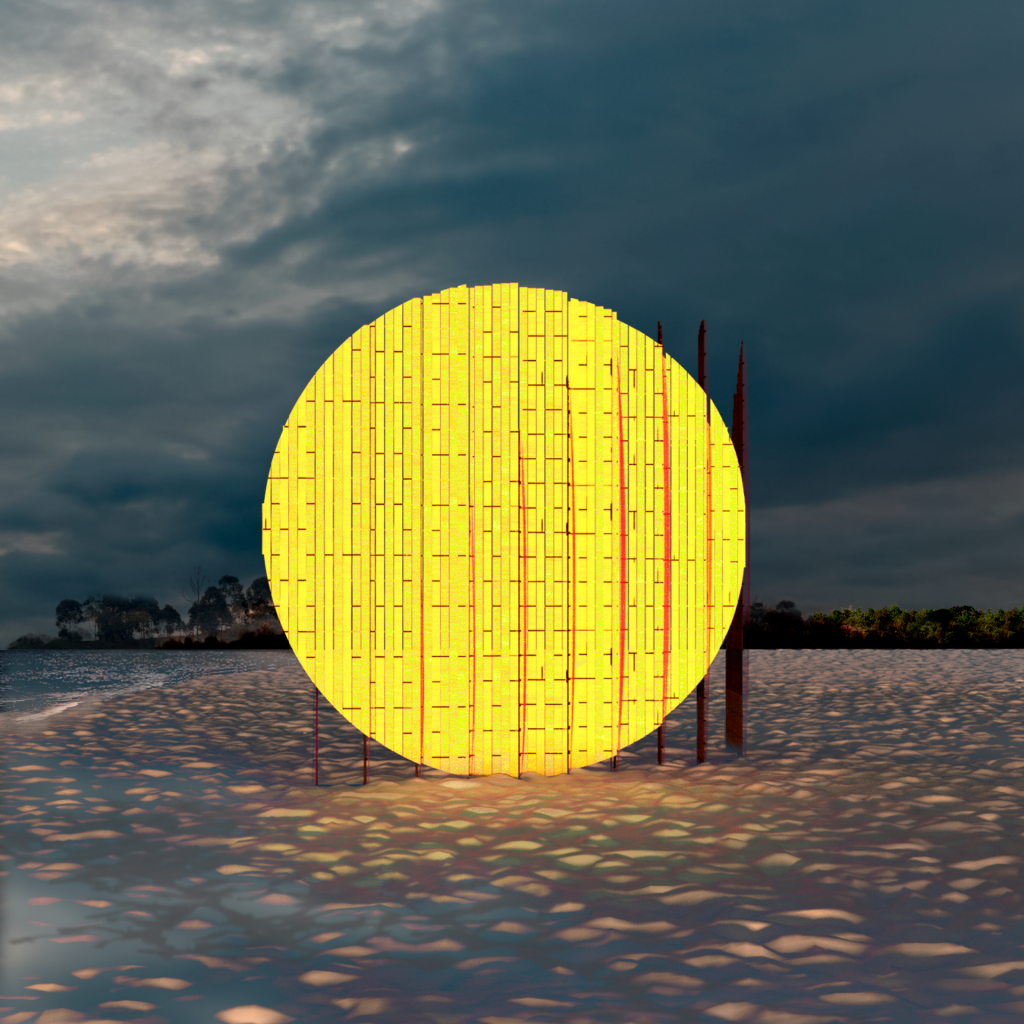 “Mirage has been designed to react to the movements of the sun and the people. Depending on where the visitors are positioned, they will see either a red transparent sun setting or a light and bright rising sun laying on the horizon. As they walk closer, they will discover the thin structure that makes these two simultaneous realities possible,” said Winter Station on the design.

Kaleidoscope of the Senses, by Charlie Sutherland of SUHUHA 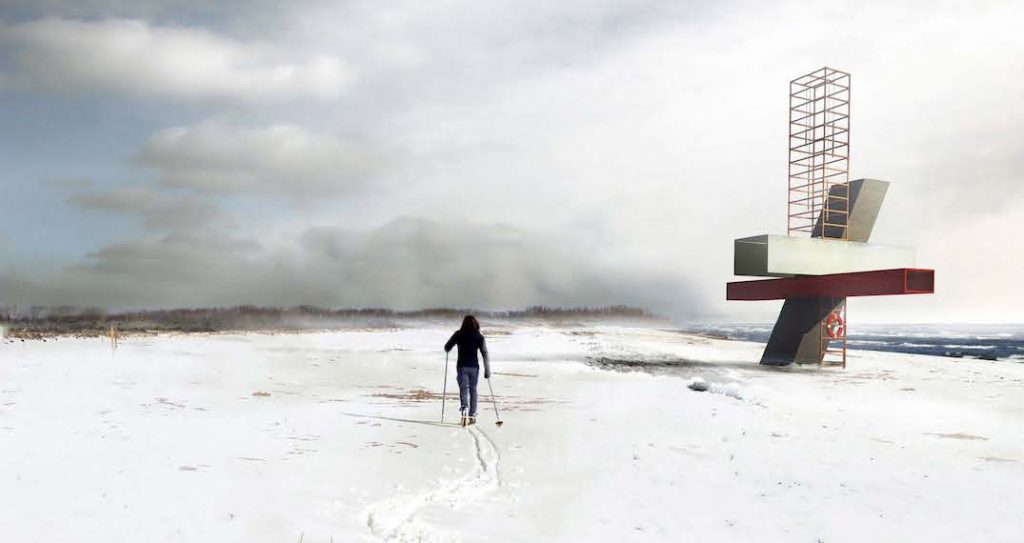 Kaleidoscope of the Senses re-purposes the existing lifeguard chair, and is described as “bringing together a balanced yet dynamic composition of elements which are both a visual and experiential celebration of the senses and a metaphor of the body in space.” 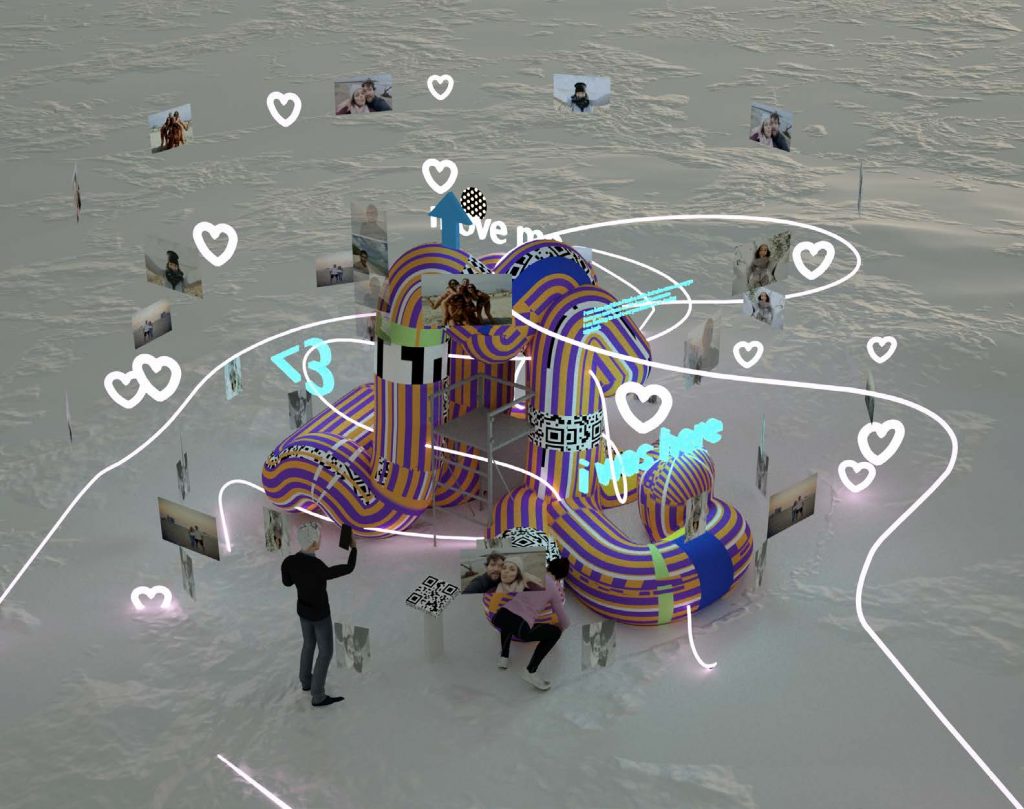 Noodle Feed is about going “beyond physical senses and creates a shared augmented reality environment where people can interact in new ways and consider that the world is much more than we perceive. The colourful forms and tangible nature of the ‘noodles’ are designed to attract attention, while the rough matte texture of recycled sailcloth contrasts with the soft, springy cushioning of the objects, inviting visitors to move them into chairs, beds and shelters.”

An Augmented Reality App that goes with it allows visitors to leave digital traces of their time at the installation, including photos, stories and drawings that can be seen by other users in physical space. 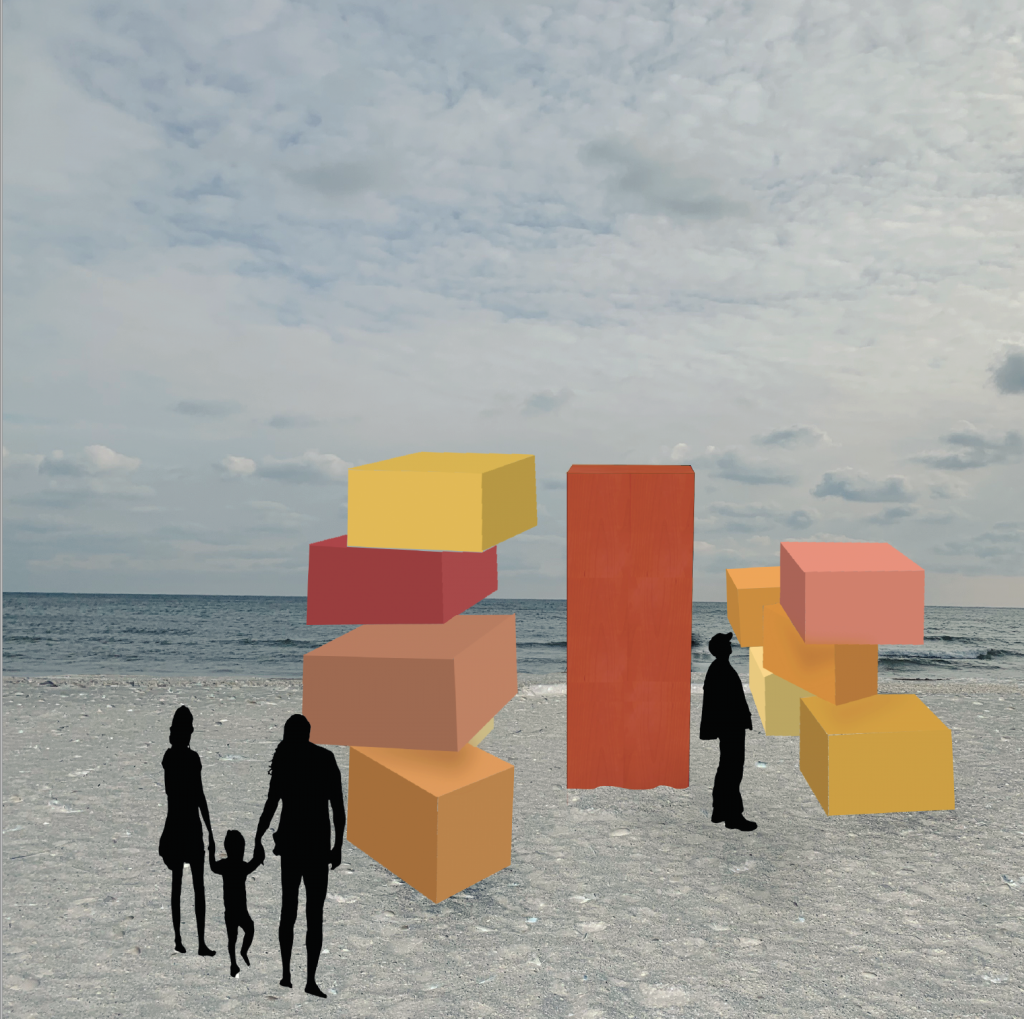 “This installation consists of three structures of varying sizes formed of a series of stacked wooden rectangular prisms laid out in a circular shape around a giant steel drum,” said organizers.

“Where the prisms overhang, metal bells of varying shapes and sizes will hang. Some of the structure’s prisms might also be made into steel drums. The elements of the lake’s environment will release the bells’ sound like a wind chime. Visitors can use sticks chained to the structure to play along with the sounds produced by the lake’s elements.”

They also said that Graffiti artists will also be invited to tag the structure.

And the bonus installation: Loop

For the last three years, Waterfront BIA partnered on Winter Stations to bring interactive public art during the shoulder seasons.

This year, Loop, will be installed at York Street Park from January 15 until February 9.

Loop is described as a cross between a music box, a zoetrope (a 19th-century optical toy) and a railway handcar.

According to Winter Stations, “the retro-futuristic machine, more than two metres in diameter, creates animated fairy-tale loops. It activates when a group of people work a hand lever, revealing a lit-up image cylinder that creates the illusion of motion in the drawings.”

Get ready to spend some time outside admiring public art.