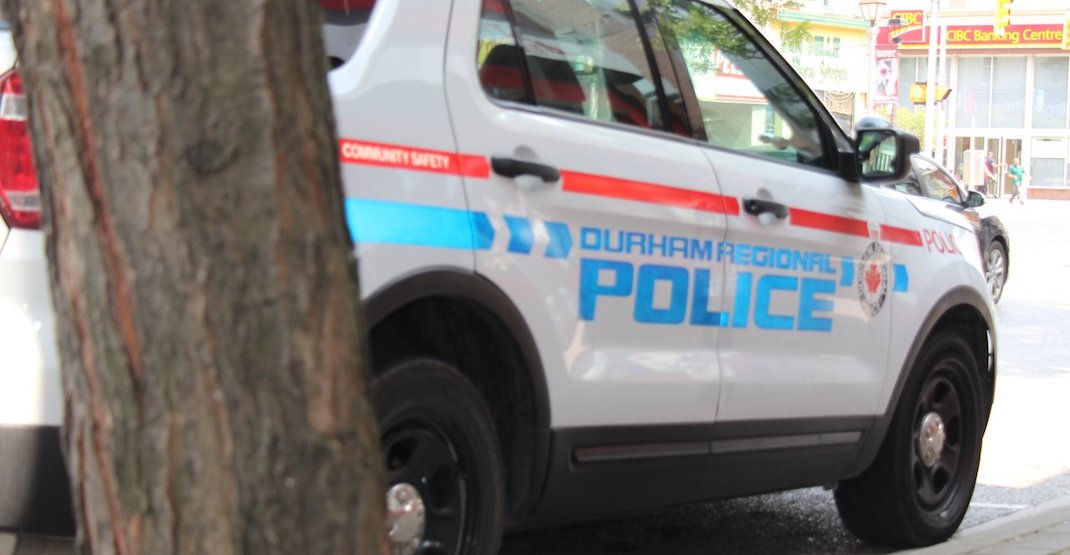 A 35-year-old man has been arrested after allegedly sexually assaulting an 11-year-old girl in Whitby on Thursday afternoon.

Officers with Durham Regional Police were called to the area of Crayon Drive and Dundas Street around 3:30 pm after receiving a report of a sexual assault.

Police say an 11-year-old girl was allegedly inappropriately touched by an unknown man as he passed her as she walked home.

A short time later, the suspect was seen coming out of a nearby residence and he was arrested and charged.

According to police, 35-year-old Akil Webb-Brathwaite of Whitby has since been charged with sexual assault and sexual interference with a person under 16.

Police say he was held for a bail hearing.

Police have charged a 35-year-old male after a sexual assault in Whitby yesterday afternoon. An 11-year-old girl reported she was inappropriately touched by an unknown male who passed her as she walked home along the sidewalk.

Anyone with more information about this investigation is asked to contact D/Cst. Ahee of the Major Crime Sexual Assault Unit at 1-888-579-1520 ext. 5234.