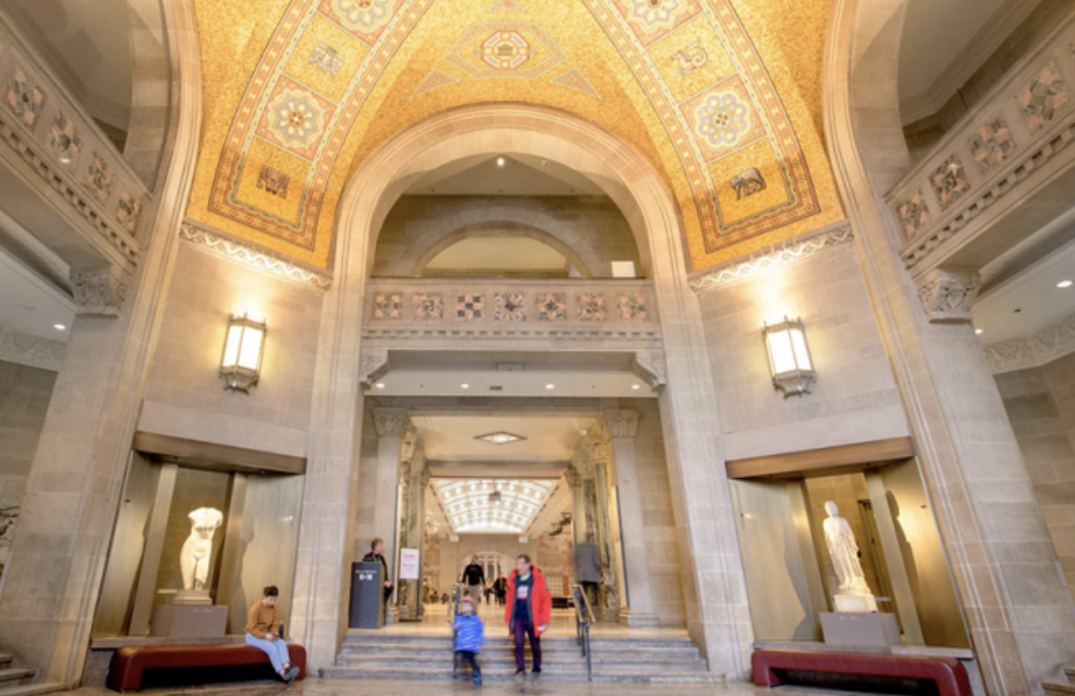 Netflix’s new website is showing Canadians exactly where their favourite films and series were shot around the country. Torontonians know their city is a go-to spot for filming, and Netflix shows are no exception.

Here are some of the places in Toronto and the GTA that Netflix used for filming:

A few lucky Toronto spots were featured in the incredibly popular Netflix miniseries The Queen’s Gambit. The series shot a lot between Front Street locales and the University of Toronto’s campus. One spot along Front Street that gets honourable mention is CC Lounge & Whisky Bar.

Also along this stretch of street is the Winners that doubled as the department store where Beth and Alma went shopping for new clothes. She returns to this same shop where she buys her first chess set.

Not far from there, 6 St. Joseph Street was featured in the series to stand in for the New York walk-up that Benny calls home.

Toronto’s Meadowvale Bridge was one of the opening scenes of the series, where police find Beth at the scene of a car crash.

This scary supernatural drama series also called Toronto home during shooting. Season one of the series put some Toronto landmarks in a new light.

The Royal Ontario Museum is just one of those places. In episode two, Dodge uses one of the keys to break into a museum exhibit, after she is seen at a nightclub which was shot in the Rotunda at the ROM.

A popular Toronto pub was also featured in the series. Maple Leaf Tavern on Gerard Street E made its way into episode three. The location manager, Tim Owen, said that the Tavern is: “Kind of a chic but very traditional restaurant, so it hit that believability factor while also being aesthetically attractive,” according to Netflix in Your Neighbourhood.

And the ever-popular tourist destination, Ripley’s Aquarium, also made its way into the series. In episode four, when Kinsey Locke opens a door in her own mind, a memory leads her to an aquarium. The scene features the ever Instagrammable jellyfish and brightly coloured tropical fish that call Ripley’s Aquarium home.

A post shared by Ripley’s Aquarium of Canada (@ripleysaquaca)

When Georgia moves her family to a large home in Wellsbury, the exterior of the house is actually shot in Toronto’s west end. The Baby Point neighbourhood makes another appearance later on when the hyper-vigilant Torontonian might spot the Old Mill Bridge in Etienne Brule Park.

Hamilton, Ontario, features heavily in Netflix’s The Umbrella Academy. If this show is a favourite for you, there are lots of spots to see where scenes unfolded. Dyment’s Farm is a great place to start. A season one episode was shot on this 120-acre property, and if you can get there this season, you can partake in all the fun fall activities like bale rides and farm trails.

Breezy Corners is a Hamilton diner where Five and Vanya meet up in season two. This ’60s style diner is a popular breakfast spot among locals, and Netflix recommends the chocolate chip pancakes.

And if you’re a big fan of the show, you’ll instantly recognize the entrance to The Umbrella Academy house at the perimeter of Gore Park at 46 King Street E.