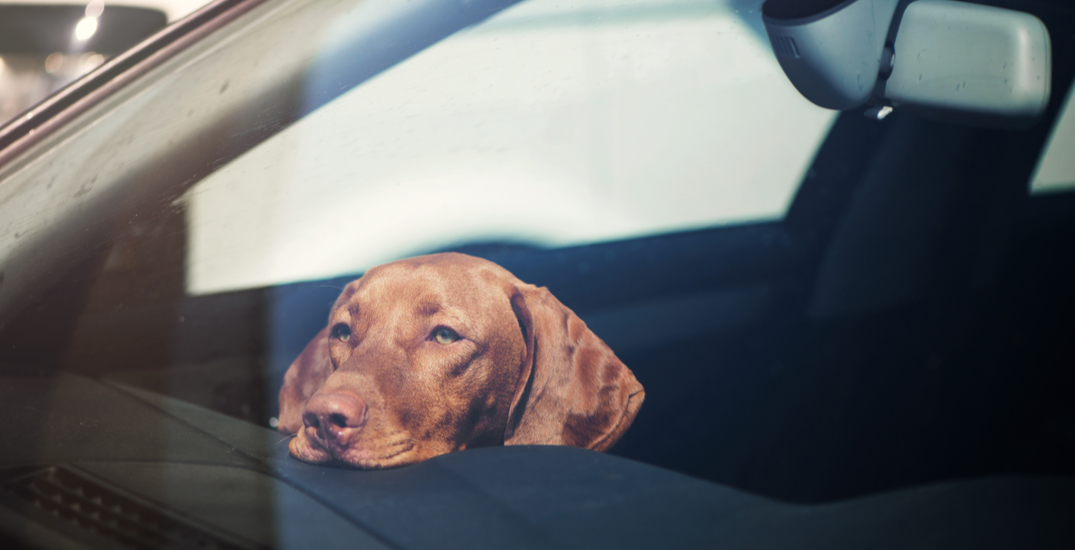 It’s barely June, but Toronto is already under a heat warning. With a potentially sweltering summer in store for the city, the topic of leaving pets in hot cars has once again risen.

The Ontario SPCA warns that pets should never be left alone in a vehicle, even in the shade. Animals left in similarly unventilated areas or in the sun, are susceptible to heatstroke.

The inside of a parked car can quickly reach dangerously high temperatures, the organization noted, even if the windows are left ajar or it’s a relatively mild day.

“Since dogs have only a limited ability to sweat, even a short time in a hot environment can be life-threatening,” the Ontario SPCA (ONSPCA) said.

“A dog’s normal body temperature is 39°C, and a temperature of 41°C can be withstood only for a very short time before irreparable brain damage or death can occur.”

SPCAs across Canada receive hundreds of reports of animals being left in hot cars every year – an act they call “one of the most irresponsible things” a pet owner can do.

In Ontario, animal welfare issues are handled by the provincial government.

The ONSPCA oversaw matters prior to 2019, but a court determined that, as a charity, they can’t provide enforcement of the legislation.

Melissa Kosowan, the Associate Director of Communications for the ONSPCA, told Daily Hive that people should call the province’s animal welfare line at 1-833-9ANIMAL, or the police if they come across a distressed animal in the heat.

“If you are travelling with your pet and can’t take them inside with you when you leave your car, leave them at home where they are safe,” the ONSPCA advises.