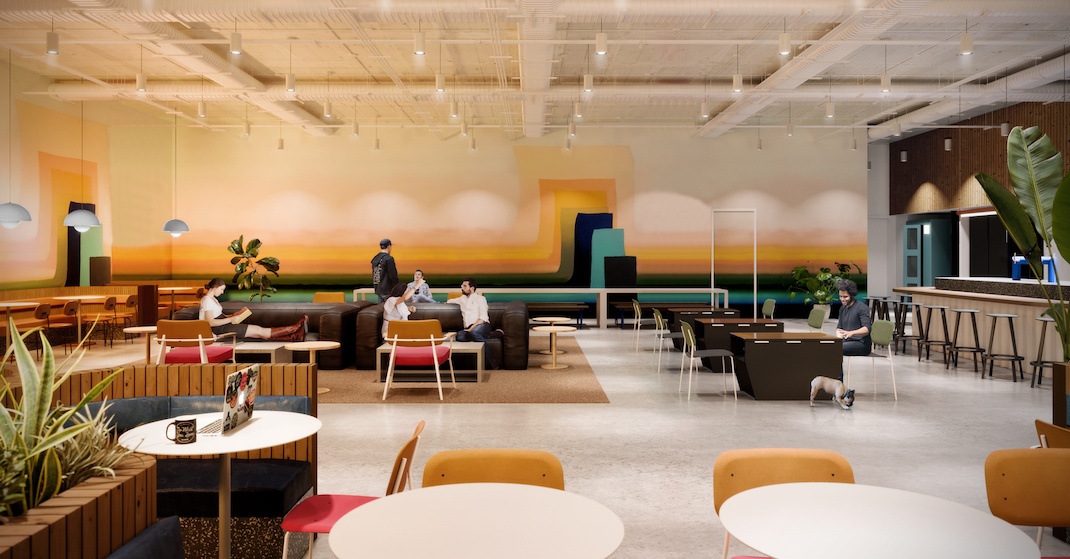 New York City-based WeWork continues to expand its footprint in Toronto with the welcomed addition of its latest shared-workspace, which will be located in the heart of the downtown core.

Housed in the Hudson Bay at the corner of Queen and Bay, the new location will take over two floors and the large floor plans will be broken into different “neighbourhoods,” which will encourage unique experiences and target different types of events, work environments, and social interactions on varying scales.

“We’re creating a concentration of WeWork resources and offerings for businesses and entrepreneurs, which will only enhance the benefits, support, and upside of being part of our community,” said McLaughlin.

The location will feature large floor plans that will cater to mid-market and enterprise companies and house over 1,850 desks on the heritage building’s sixth and seventh floors.

There will also be direct access to the Queen subway station on the Yonge subway line, providing access to both public transit and the PATH system. 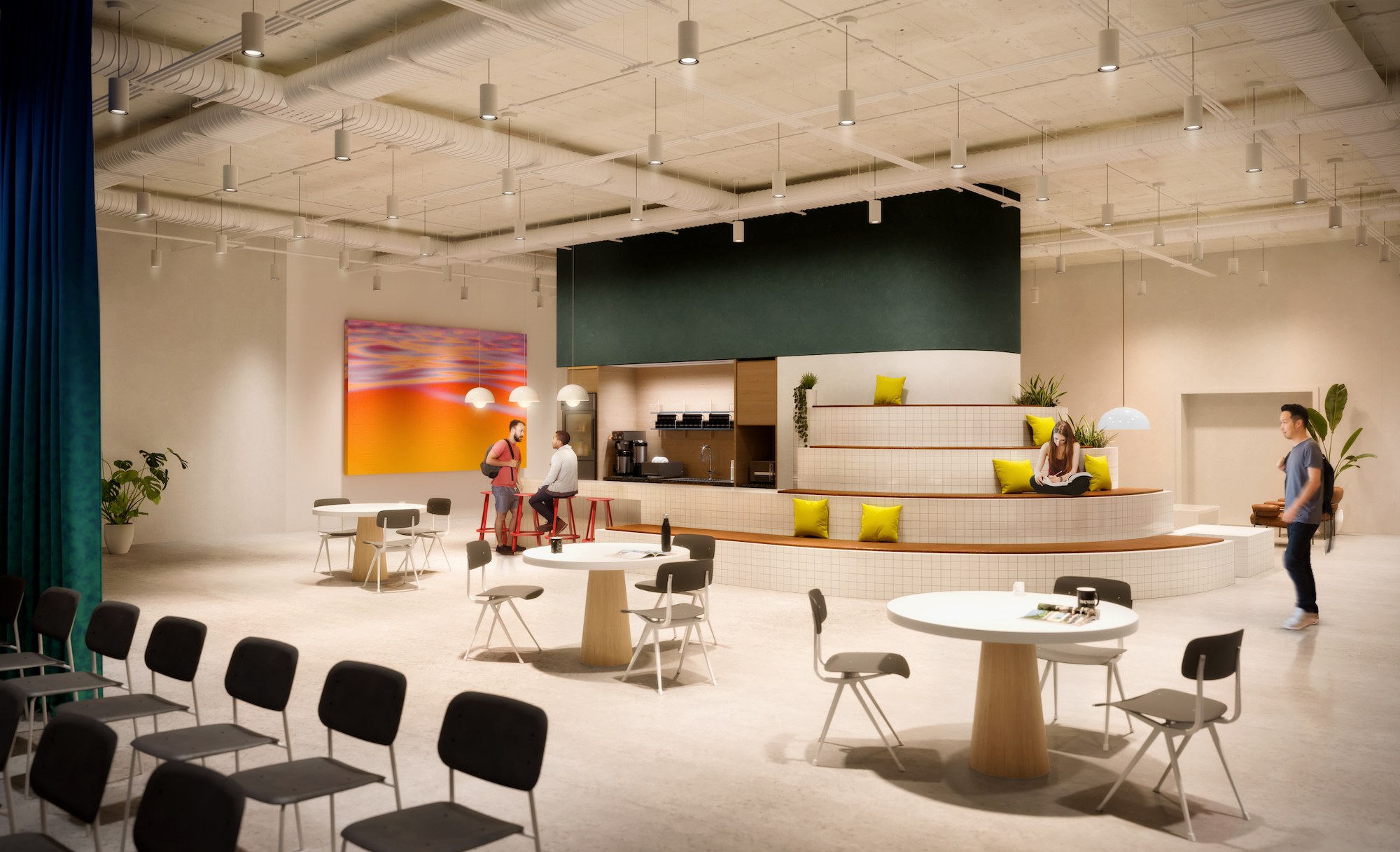 The Cafe: Image courtesy of WeWork

The new space will also pay homage to the tradition of Hudson’s Bay by featuring the brand’s iconic striped colours throughout the location.

Here you’ll find four different core neighbourhoods throughout the space, including ‘The Hub,’ ‘The Cafe,’ The Townhall,’ and ‘The Library.’

The Hub will serve as a greeting and gathering spot, while The Cafe is a large food and beverage space, where members can interact with each other. In The Cafe, people can hang out and work on the bleachers, which also have a bar built into them.

The Townhall will serve as a flex space that looks onto Toronto City Hall, acting as an incubator space which is then open for use by the city.

Different events and numbers of people can be hosted here, thanks to its flexible layout which can feature seated rows for presentations or soft lounge seatings. There is also a large curtain that will act as a privacy screen for when the space needs to be sectioned off.

The Library will be more of a quiet, meditative environment with bookshelves and soft seating elements. People can use this space as a form of retreat, relaxation, or calming workspace. 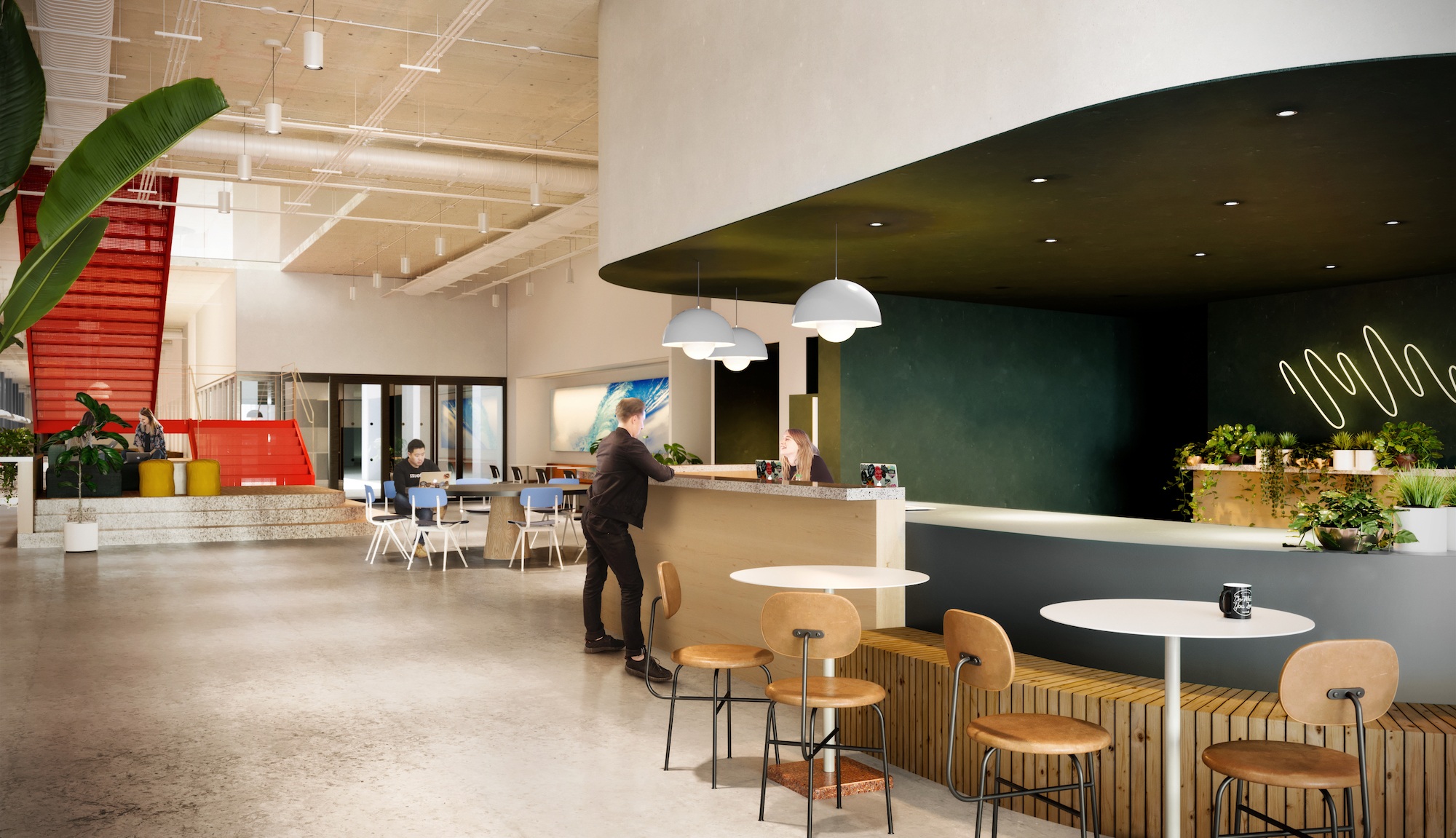 There will also be nooks built against the windows, encouraging interaction between WeWork and adjoining retail space.

Additionally, visitors can enjoy the five large lounge spaces that will be housed across two floors.

While an official opening date has yet to be confirmed, the company is aiming to open the Hudson’s Bay location later this year.