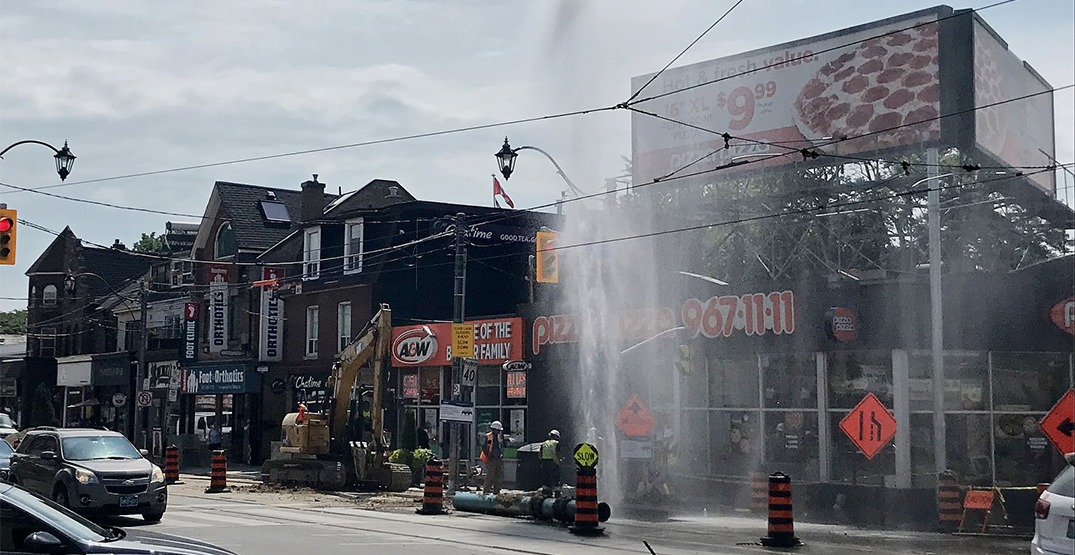 People in Toronto’s Danforth neighbourhood witnessed some excitement Tuesday afternoon when a watermain broke, sending a stream of water shooting several metres into the air.

Local resident Bonnie Hewitt shared photos of the water with Facebook. The jet stream of water appears at least four times taller than the construction worker standing beside it.

“It was a geyser!” Hewitt wrote in her post. 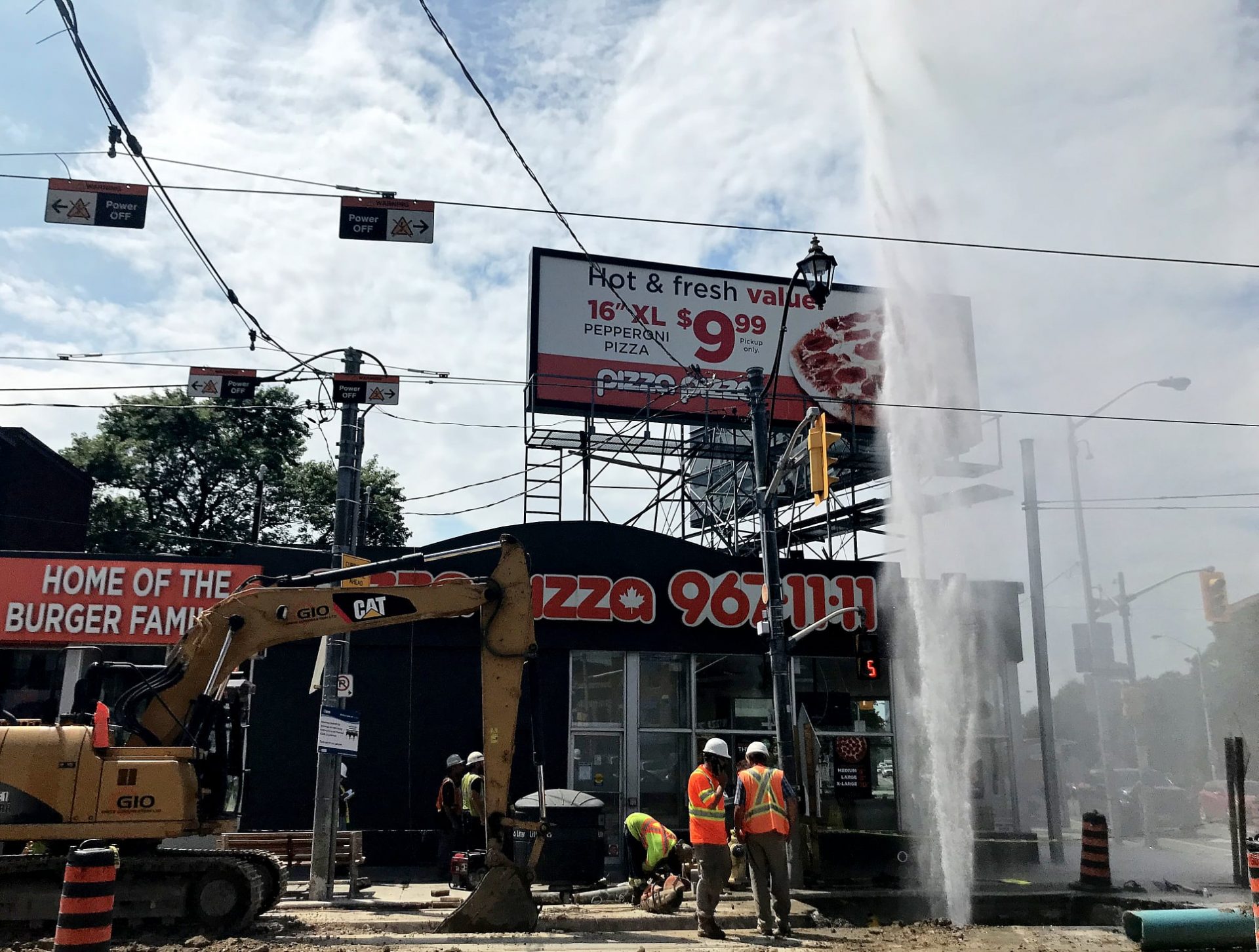 City of Toronto spokesperson Deborah Blackstone confirmed to Daily Hive that a 100-year-old watermain broke the afternoon of August 17 near Danforth and Broadview while crews were working in the area.

Water service was shut off to surrounding structures while crews repaired the break.

Construction workers are in the area doing watermain work on a pipe on the north section of Broadview Avenue — different from the one that broke. The spokesperson said the planned construction work is almost finished.