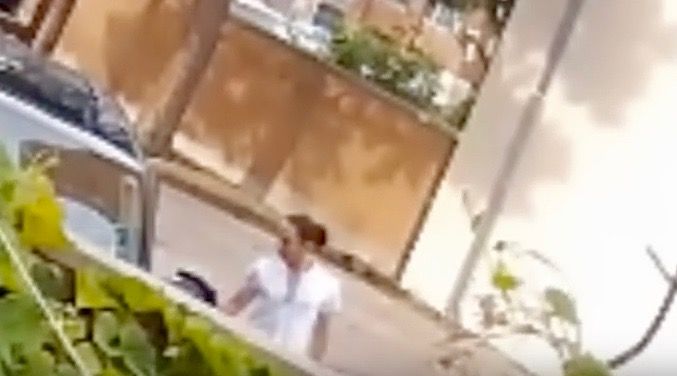 On Monday, 27-year-old Steven Doyle was killed in a fatal hit-and-run in Toronto’s Moss Park area.

According to Toronto Police, a blue Dodge Caravan is alleged to have driven onto the sidewalk on the west side of George Street and Gerrard Street East in order to deliberately strike Doyle.

The van was later found abandoned in the area. In the video Toronto Police have released in hopes of identifying the driver of the van, it appears the driver takes off his hoodie and spends a few seconds wiping down the steering wheel and door of the van with it before walking away.

The police description of the man they’re looking for has been updated to as follows:

The driver of the vehicle is described as having brown skin with a light complexion, 5’8″-5’10”, slim-to-medium build, with dark-brown shoulder-length hair in a long ponytail. He was wearing a dark shirt and prescription glasses with rectangular frames.

Please share this post to help catch the person responsible for this fatal hit-and-run. And help keep our streets safe.