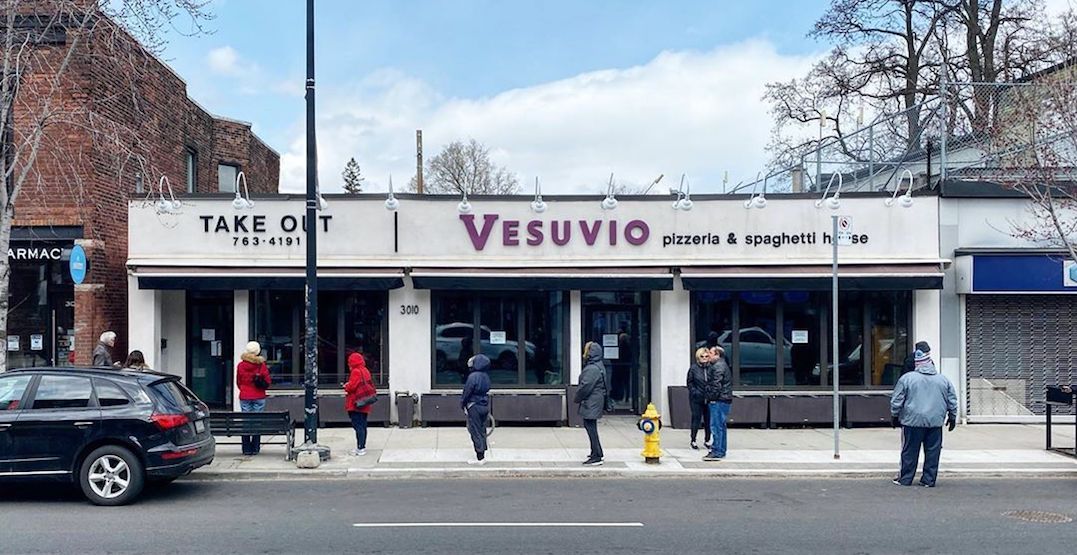 It’s already been three days since 63-year-old Vesuvio Pizzeria announced its departure from Toronto. Now, including Friday, the spot only has three more days to go.

Since word broke that the restaurant will close on Sunday, the lines outside have been shocking.

With physical-distancing measures being followed, customers have been waiting down the sidewalk for several hours to get their last taste of the iconic eatery’s pizza pies.

All of this is to say, if you want to get your own final Vesuvio’s order in, the time is now. But don’t expect the process to be a quick one.

Over the course of its closing weekend, Vesuvio’s is not accepting phone orders and won’t be offering delivery.

If you want to get in on the last of the action, you’ll need to visit the Junction eatery in person, and wait in line, leaving plenty of space between the people around you.

Note that the spot is no longer accepting coupons. Vesuvio Pizzeria will be open from 3 pm to 9 pm, through to Sunday, April 19, and is implementing a limit of two pizzas per order.

“We’re proud of what we have achieved and look to the future with optimism,” reads the restaurant’s farewell post.

“And after 63 years, we’re also looking forward to a little downtime.”