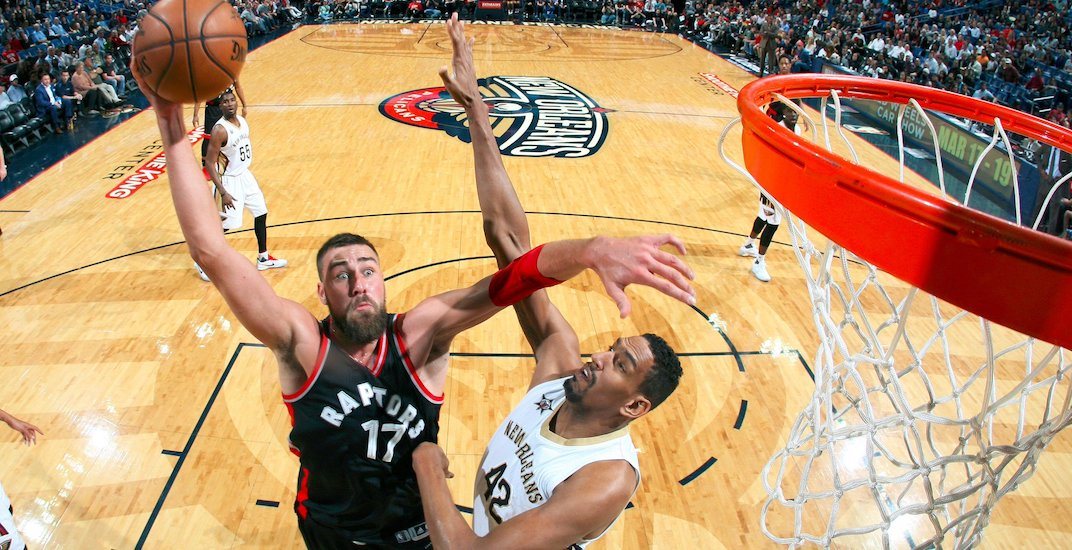 *Update: Shortly after this article was published, Jonas Valanciunas was traded to the Memphis Grizzlies as part of a four-player deal.

The Toronto Raptors will get a boost to their lineup, as they welcome back Jonas Valanciunas tonight in Atlanta.

The 7-foot big man has been out of action with a dislocated thumb since December 12.

It’s an interesting game to pick for his return, as it’s trade deadline day in the NBA and Valanciunas’ name has been tossed around recently. The Memphis Grizzlies reportedly rejected a deal involving Valanciunas and Kyle Lowry in exchange for Mike Conley and Marc Gasol.

“I’ve been in rumours so many times I don’t even look at it,” said Valanciunas, as reported by TSN’s Josh Lewenberg. “I just know one thing, we have a good team, we have a good future in front of us. I just want to go on the court and play ball and win games. I love Toronto and I want to stay here.”

Valanciunas was having a solid start to the season before getting hurt, averaging 12.8 points and 7.2 rebounds per game.

Teams have until 3 pm ET/12 pm PT to complete deals, so there won’t be any uncertainty at tip-off.