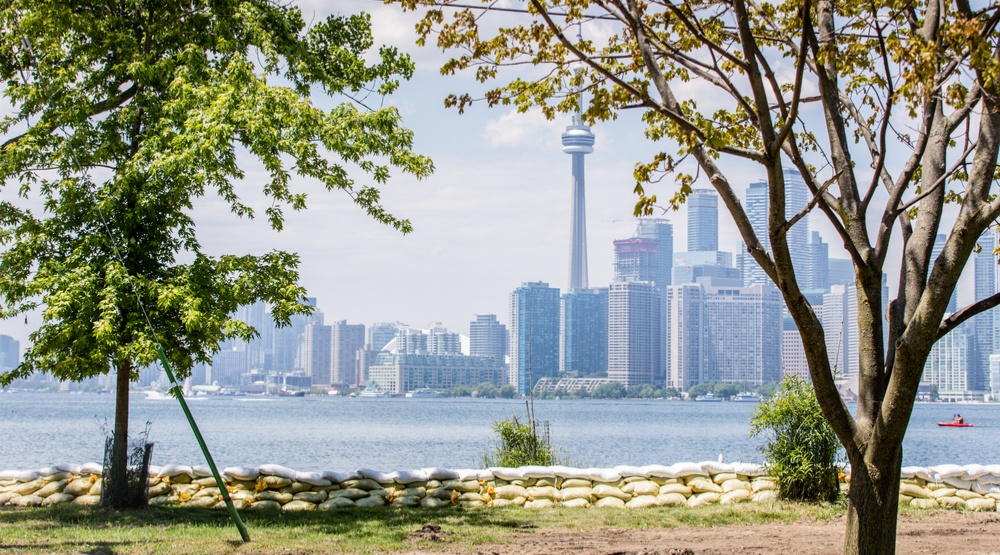 After months of intense flooding, Toronto Island is set to open by August.

According to the City of Toronto, the water level at Lake Ontario is still receding, but “more slowly than hoped.”

It’s currently at about 30 centimetres above the pre-flood conditions of early April.

“The high lake levels and associated flooding have had a significant impact on island residents and businesses – as well as the tens of thousands of people who would normally visit the islands every week during the warm weather,” said Mayor John Tory in a release.

“This has been an unprecedented event. I thank everyone for their patience. City staff are working hard to get the islands reopened as soon as possible.”

Staff are expecting that some parts of Toronto Island Park should be open for July 31.

However, Olympic Island, Gibraltar Point, Hanlan’s Beach and sections of Centre Island including the grandstand will be closed for the entire summer.

Toronto Island Park has been closed and ferry service suspended for members of the general public since early May. All island park permits and City recreation programs are cancelled until July 31.

The usually bustling Island has a projected revenue loss of $4.9 million for its closure between May 4 and July 31, according to the City’s Parks, Forestry and Recreation department.