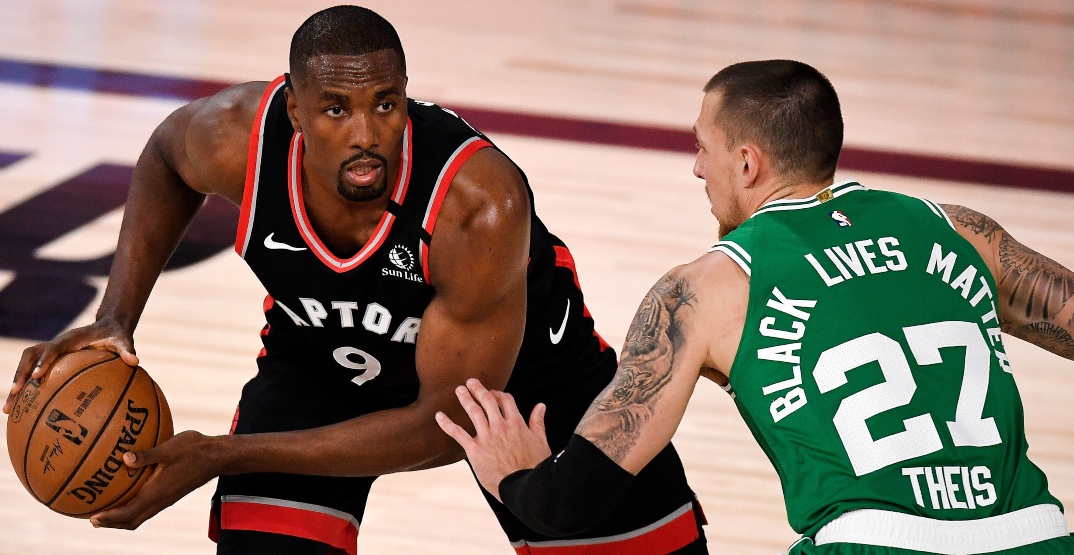 The popularity of the Toronto Raptors is still on the rise in Canada, judging by the latest television numbers released today.

The Raptors’ Game 7 loss to the Boston Celtics on Friday drew an average audience of 2.65 million on TSN and RDS, with at least 6.043 million tuning in for at least some of the game. That’s approximately 16% of the Canadian population, and a higher number than last year’s Game 7 between the Raptors and Philadelphia 76ers.

Last year’s Game 7 ended better for the Raptors, with a Kawhi Leonard buzzer beater, drawing 5.8 million Canadians, with an average audience of 2.2 million people. That set a Canadian record at the time, which was subsequently smashed during the NBA Finals.

The Canadian record will be hard to beat now, as 16 million Canadians (7.7 million average) watched the championship-clinching game between the Raptors and Golden State Warriors last year. That’s about 44% of the Canadian population.

Friday’s game was also a hit in the United States, drawing the second-highest average audience of the 2020 restart, with 4.69 million average viewers tuning in on TNT.

Overall, Raptors postseason viewership is up by 26% year-over-year in Canada on TSN/Sportsnet/RDS.