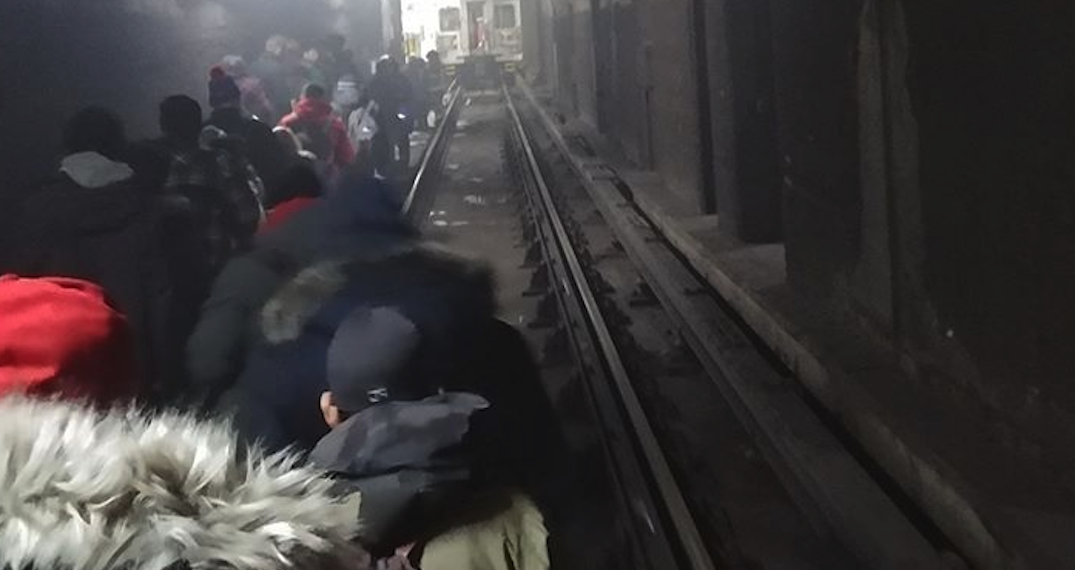 Update: Subway service has resumed, according to the TTC.

Commuters on the TTC’s Line 2 were faced with suspended service early Monday morning due to a fire.

According to the TTC, there is currently no subway service between Keele and Ossington Stations due to the fire, and over 50 shuttle buses are running.

The TTC’s spokesperson Stuart Green said a wooden board caught fire after coming into contact with the third rail on the track and a person on a trapped train “impropertly opened a door,” which he said let smoke into the car.

TTC commuters on Line 2 can use their fare to hop on the GO and UP express, from Dundas West and Kipling.

Wooden cover board contacted third rail causing a fire. Situation complicated when a non-TTC person on board a trapped train improperly opened a door, letting smoke in. GO protocol in effect from Dundas West and Kipling. 50-plus shuttle buses on scene. https://t.co/vqMG2KgC9e

Some passengers on Line 2 shared photos from this morning’s commute, and showed commuters evacuating the subway through the tunnels.

Others showed the overcrowding that occurred during the delays.

The scene about an hour ago at Keele #TTC station where hundreds of people were pouring into the street, and one lousy shuttle bus was coming every 10 minutes. #Toronto #ttcfail #topoli pic.twitter.com/6bk4UHs9av

At this time, there is no estimation on when service will be resumed.