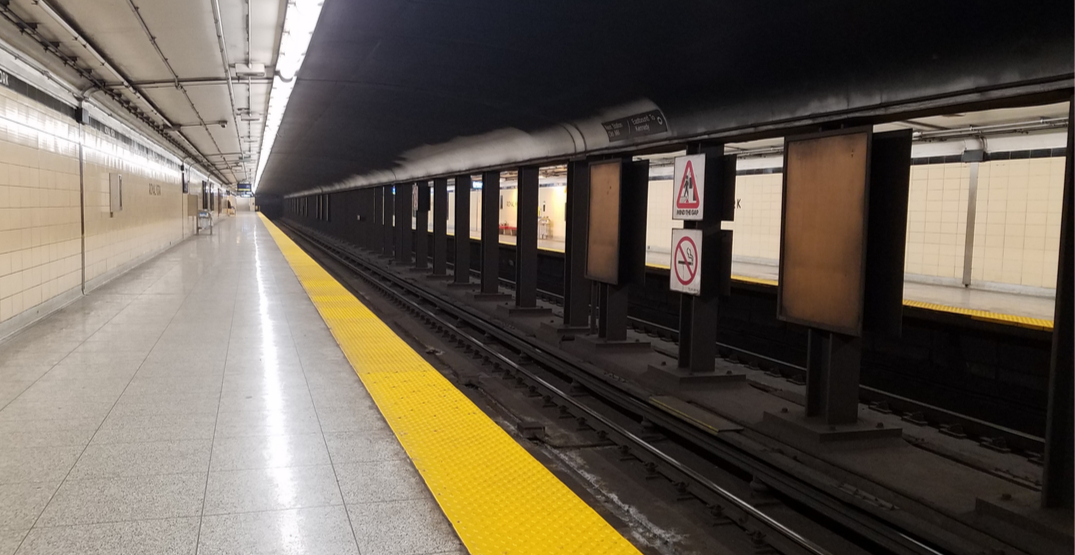 Starting Thursday, there will be multiple TTC closures at subway stations up until June 28.

There will be no subway service on Line 1 between Finch and Sheppard-Yonge stations starting June 25. The closure will continue to June 26 due to track work.

The TTC said that shuttle buses will be running frequently along Yonge Street and stop at each station along the route.

There will be staff available at every station to assist with crowd management.

Customers can expect to wait no longer than two minutes for a shuttle bus, according to the TTC.

The University side of Line 1 will also be available as an alternative during the closure.

North York Centre Station will be closed, but Finch and Sheppard-Yonge stations will be open, providing PRESTO fare sales and access to surface routes and Line 4.

Moving into the weekend, there will be no subway service on the portion of Line 1 between Finch and Eglinton stations. This closure will also be due to track work and take place on Saturday, June 27 and Sunday, June 28.

There will also be shuttle buses running frequently along Yonge Street during the closure. These buses will stop at each station along the route. TTC staff will also be present to help with crowd control.

The 97 Yonge bus and the University side of Line 1 will be available, in addition to the shuttles.

All stations except for North York Centre will remain open for PRESTO sales and access to surface routes and Line 4.

Automatic entrances at Ranleigh Avenue and Bedford Park Avenue will be closed at Lawrence Station, though all other entrances and exits will be open for customers at each station.

TTC customer service staff will also be available for any customer who requires Wheel-Trans.