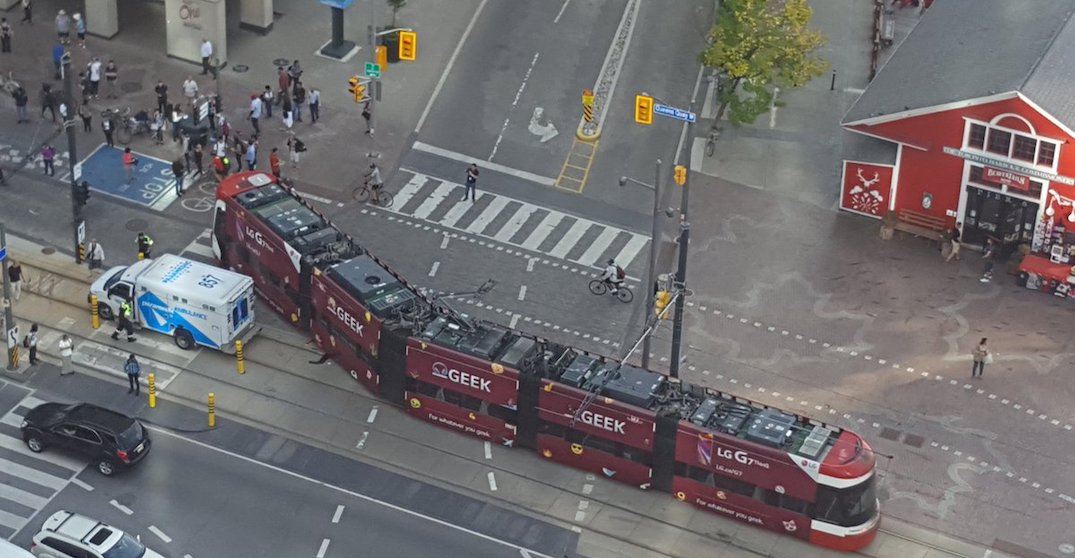 The 509 and 510 streetcars were not in service this morning after a derailment on Queens Quay.

The streetcar seemed to have gotten into an accident with an ambulance, which was on the scene of the derailment.

Service has been suspended between Spadina Avenue and Union Station, although shuttle buses are running.

Routes 509 , 510: No service between Spadina Ave and Union Stn due to a collision. Shuttle buses are on the way.

There are no reports of injuries at this time.

Wee issue with a #TTC streetcar and an ambulance just now on Queens Quay. Right off the rails.#Toronto pic.twitter.com/kLlzWq4osA