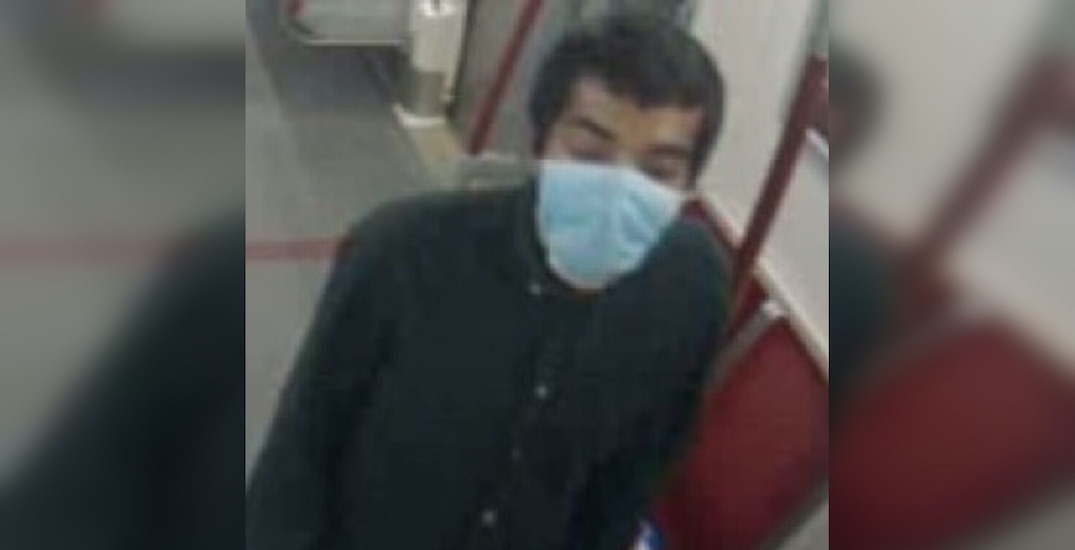 Toronto Police are looking for a man who is wanted in connection with an alleged sexual assault on the TTC last month.

According to a release detailing the incident, on September 27 at around 9:45 pm, a woman was standing in a subway car on Line 1, heading northbound, between Yorkdale and Wilson stations.

The woman was then approached by a man who proceeded to allegedly sexually assault her before she managed to push the man away and yell at him to stay away from her.

For a brief moment, the man removed his blue surgical mask before replacing it, according to police.

The woman fled to the far end of the subway car, away from the man, before she exited.

Police released security camera images of the man. He is described as between 24 to 30 years of age, 5’9″ to 5’11”, 175 lb, with a light-skinned complexion, short dark hair with a slight wave, and clean shaven. 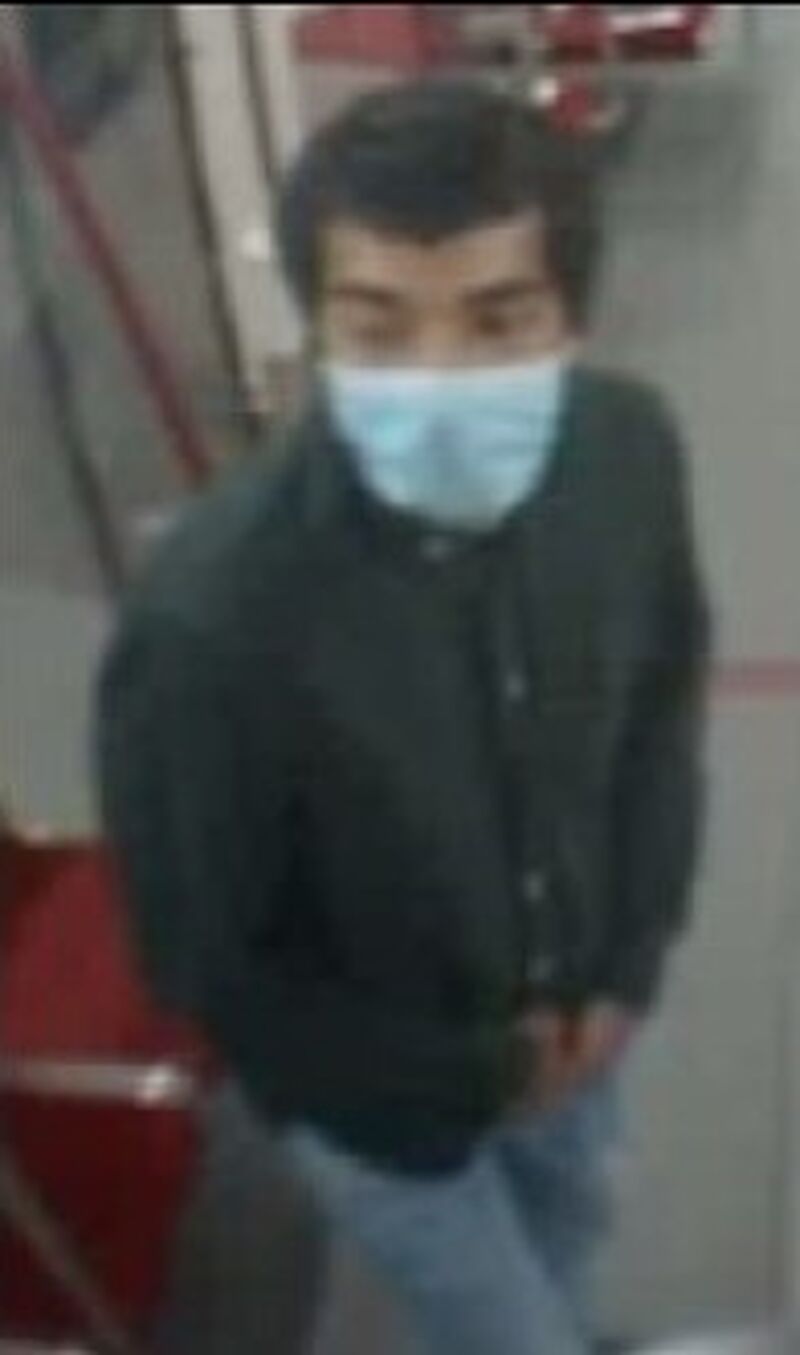 “A sexual assault is any form of unwanted sexual contact. It includes, but is not limited to, kissing, grabbing, oral sex and penetration,” said TPS.