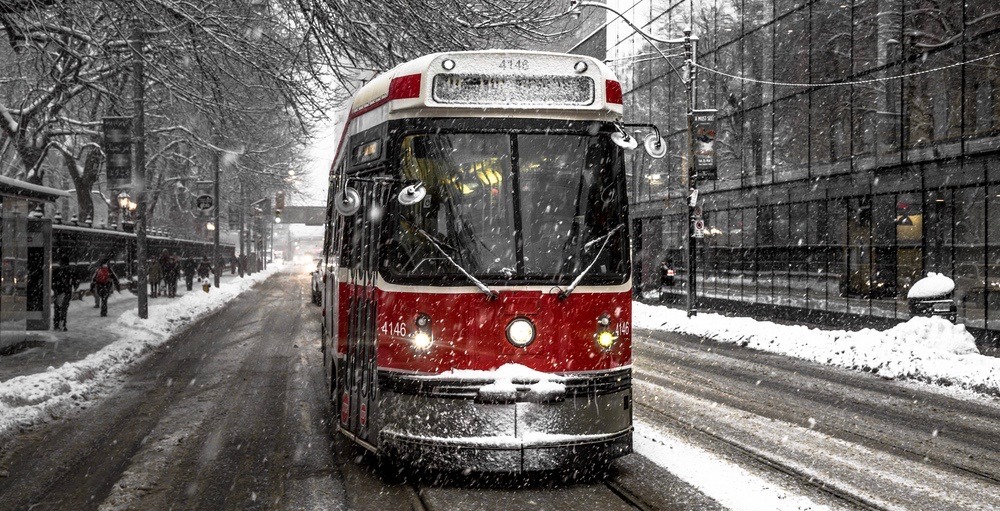 Toronto’s east side experienced a major power outage this morning around 6 am following a loss of power supply from Hydro One, and it might wreak havoc on your Monday morning commute.

East end outage: power has been restored to some, but not all customers. If you’re leaving the house, watch for traffic lights that are out and treat intersections as 4-way stops.

East end outage: We know this is a difficult time to have a power outage – if you’re going to work or school today, be aware subway service is affected. Check with your local school for updates on closures.

While Hydro One crews were able to reroute power back to Toronto around 8:20 am, the TTC has been scrambling to restore service in time for the Monday morning commute.

Our crews have re-routed supply back to @TorontoHydro.

Leslie Barns power back on. New streetcars now being dispatched. Expect long wait times on some streetcar routes as we get cars into service.

Power back at Greenwood Yard, but will take some time to get trains out on the line. First trains should begin leaving by 8:15. Toronto Rockets will continue to operate to supplement Line 2 service. Shuttle buses will continue to run between Broadview and Woodbine

Service along Line 2 is being supplemented with Toronto Rocket trains. Trains at Greenwood Yard cannot go into service due to Hydro One power outage in east end of the city.

Despite the slow start, Toronto should be celebrating. Temperatures in the city will finally exceed 0°C following weeks of subzero temperatures.