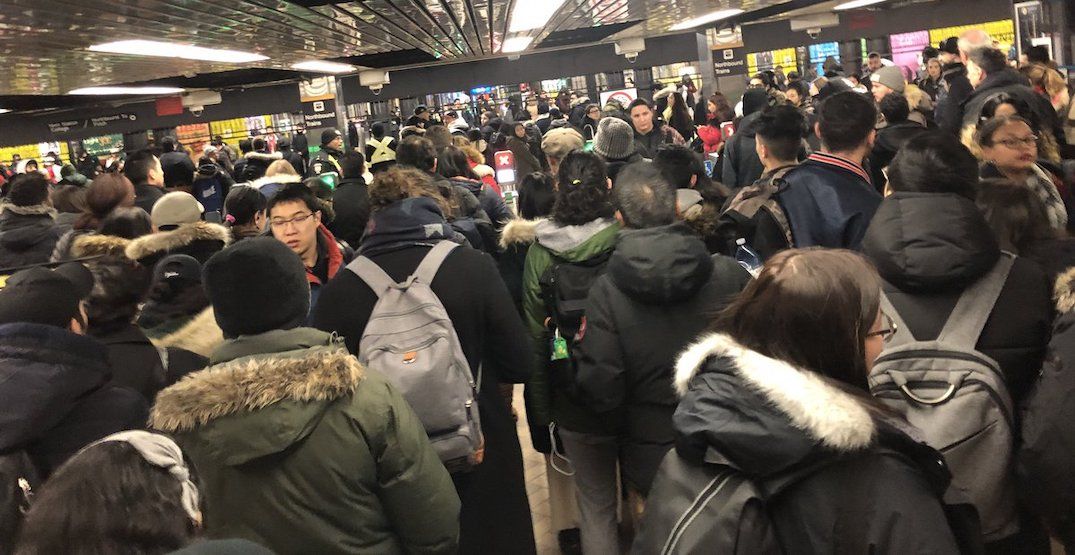 Overcrowding on the TTC used to be part of the standard commuter experience in Toronto, but that may soon be changing as the COVID-19 recovery continues.

According to the TTC, it plans to put restrictions on customers on subway platforms to avoid crowding amid the pandemic recovery efforts.

In a document titled COVID-19 – Transitioning from Response to Restart and Recovery, heading to the TTC Board meeting this week, the company outlines its plans to deal with crowding.

“In order to prepare for increased customer volume in stations as businesses reopen and ridership increases, the TTC is actively monitoring customer throughput and has developed enhanced plans of action in emergency and delay events, which may result in crowding,” it says.

“In the event of an emergency or delay, the TTC will prioritize responding to all impacted stations and to critical threats to customer, employee, and first responder health and safety.”

The TTC says additional response actions will be incident specific and may include “limiting access to potential areas that may experience overcrowding, and directing and/or restricting entry of customers to stations, allowing for greater physical dispersal.”

Incoming customer access may be restricted during unplanned events or emergencies.

As well, the TTC outlined station crowding plans, which may include actions such as setting fare gates to “exit only,” shutting down escalators, and deploying shuttle buses as required.

“When unplanned events occur, customers may be restricted from waiting on platforms to avoid platform crowding and in some cases, may be directed to leave the station,” reads the document.

The TTC also says that additional run-as-directed trains on Lines 1 and 2 will be provided as “required during peak periods and Transit Control will continue to provide oversight and integration as required with Toronto Police, Fire and Paramedic services.”

Similarly, the number of run-as-directed buses has also been increased to enable quicker response to shuttle bus requests.

The TTC states their primary functions include “acting as a front-line representative to assist and direct customers, provide station information, point-of-interest (POI) wayfinding to customers, managing customer movement and throughput in stations, assisting with unplanned events and incidents as directed, and supporting closures and diversion activities.”

This week’s board meeting will also address mandating face masks on the TTC. The policy needs to be approved by the TTC board on June 17 and if approved will come into effect July 2.