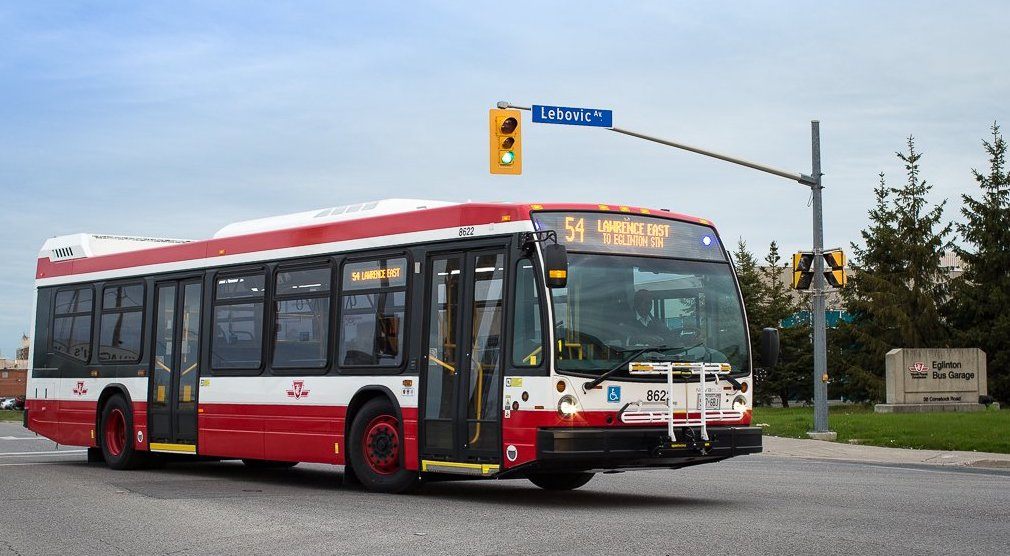 Scarborough is starting to see some of the new TTC buses.

The first four of 382 Nova buses have arrived, and are being used on Scarborough’s 54 Lawrence route, 68 Warden, and 198 U of T Rocket.

This is almost as exciting as when we first saw the new streetcars along Spadina.

The difference in the Nova buses? According to TTC media relations and issues management specialist Stuart Green, they’re the “same basic vehicle as existing accessible low-floors. Much improved emissions on this generation w/clean diesel. Updated branding/paint.”

What do you think, Toronto? If anything, it’s nice to know getting around more will mean polluting less…

First 4 new #TTC Nova buses (of 382 arriving) now rolling in Scarborough. Find them on the 54 Lawrence, 68 Warden and 198 U of T Rocket. pic.twitter.com/TBVaKUss8w