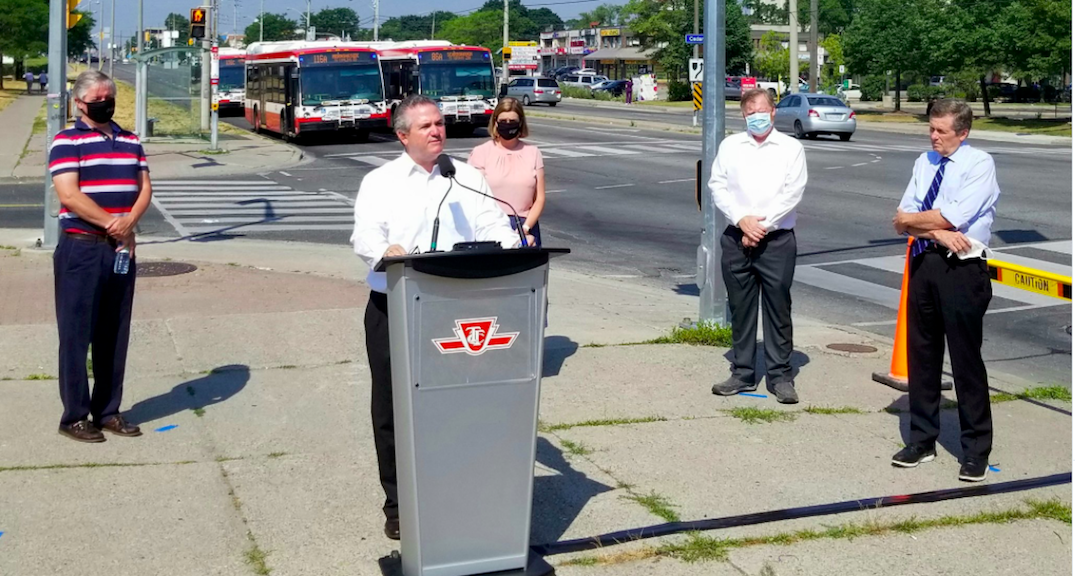 The TTC has identified is first priority bus-only lane as part of the transit commission’s proposed plan to expedite these lanes in Toronto.

“As Toronto re-opens and recovery begins, the TTC’s surface transit network will play a critical role in getting people around the city. Expediting the priority bus-only lanes along the Eglinton corridor will help move people across Scarborough quickly, safely and reliably so that they can spend less time commuting,” Mayor John Tory said.

“Enhancing service will also ensure the TTC continues to be an attractive mobility option for residents, helping us reduce congestion and the environmental impacts associated with dependence on the car.”

According to the city, the Eglinton East bus corridor is among TTC’s most heavily used and, even during the pandemic, continues to play a “significant role in moving people around the city.”

It emerged as the top candidate for the accelerated installation of priority bus lanes based on an assessment of a number of factors including improvement to transit reliability, available right-of-way and considerations for transportation equity, and inclusion of Neighbourhood Improvement Areas.

The 8.5 km Eglinton East corridor runs along Eglinton Avenue East, Kingston Road and Morningside Avenue from Brimley Road, through to the University of Toronto Scarborough Campus.

The priority bus lanes would be reserved for bus-only use 24 hours a day, seven days a week, would be identified using red surface treatment and signage and would have a one-time installation cost of approximately $7.8 million.

The proposed priority bus-only lane on the Eglinton East corridor is anticipated to increase transit reliability and reduce transit travel time on average between two to five minutes per trip.

According to the transit commission, the time savings achieved equate to annual savings of $2.5 million in operating costs and a one-time capital cost savings of approximately $6.3 million, as a result of fewer buses required to provide the same level of service on the corridor.

These cost savings could allow the TTC to reinvest in other transit opportunities in this corridor, as demand increases or in other areas of the city where there is crowding.

The TTC’s 5-Year Service Plan & 10-Year Outlook, which was released in December 2019, outlined a proposal to explore priority bus-only lanes and other service-enhancing measures on five of its busiest corridors. 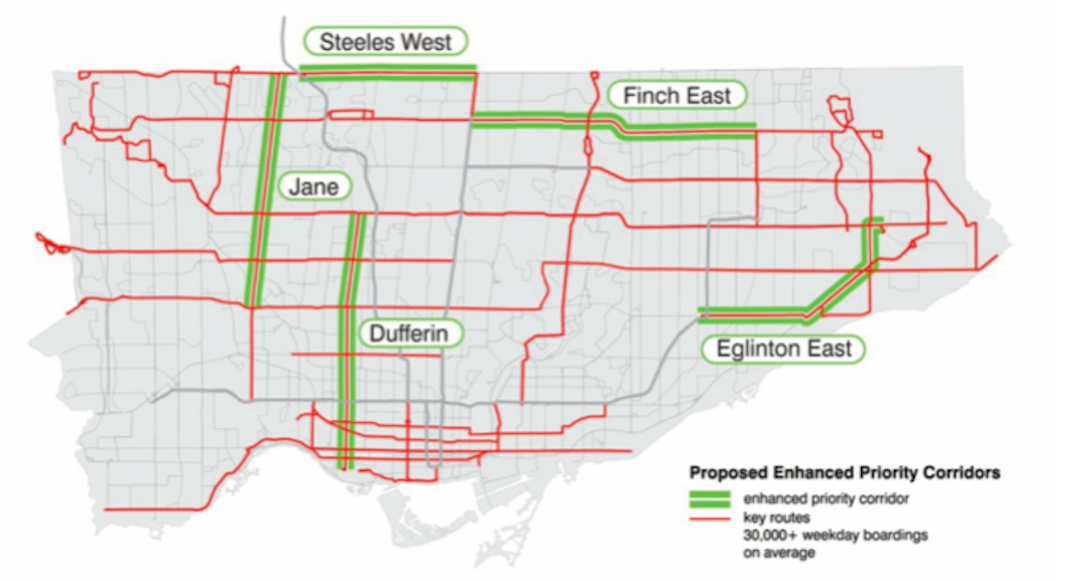 The five corridors, which had a combined, pre-COVID-19 ridership of approximately 220,000 passengers per weekday, include:

Jane Street will be the next priority bus lane to be installed in Spring 2021, with the timing of the rest of the bus lanes to be determined.