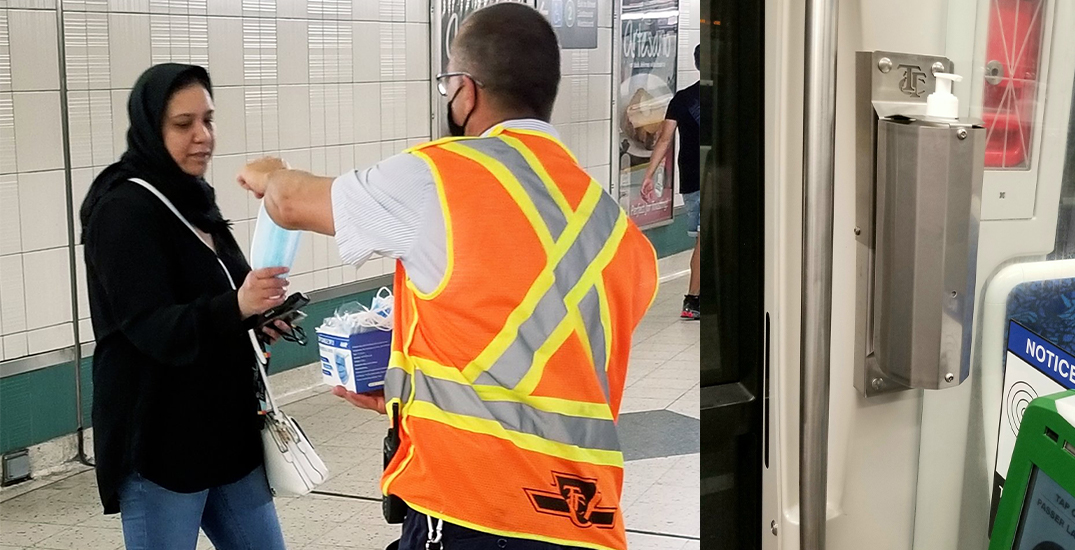 The TTC is handing out free face masks on the subway on Tuesday.

According to the TTC, masks will be handed out on July 21, “to support customers.”

Face coverings are mandatory on the TTC. To support customers, we’ll be giving out masks at various times at these stations today:

The TTC has previously handed out free masks earlier this month.

On June 29, TTC spokesperson Stuart Green said that one million face masks are beginning to be distributed around the transit system. Tweezers are being used to hand them out.

“We are going out to the busiest routes and bus passengers arriving at some stations will receive them too. They are single use and we recommend customers make their own,” Green said on Twitter.

Masks or facial coverings are mandatory when travelling on the TTC. This requirement came into effect on July 2. Although, there are some exceptions surrounding the mandate.

Children under the age of two, persons with an underlying medical condition which inhibits the ability to wear a mask and persons who are unable to place or remove a mask without assistance are all exempt from wearing a mask while travelling on the TTC.

Employees and agents of the transit system within a designated area for TTC personnel and not for public access, or within or behind a physical barrier or shield are also exempt.

In accordance with the Ontario Human Rights Code, additional accommodations will also be considered.

Torontonians are also required to wear a face mask or facial covering inside all enclosed public places in the city.