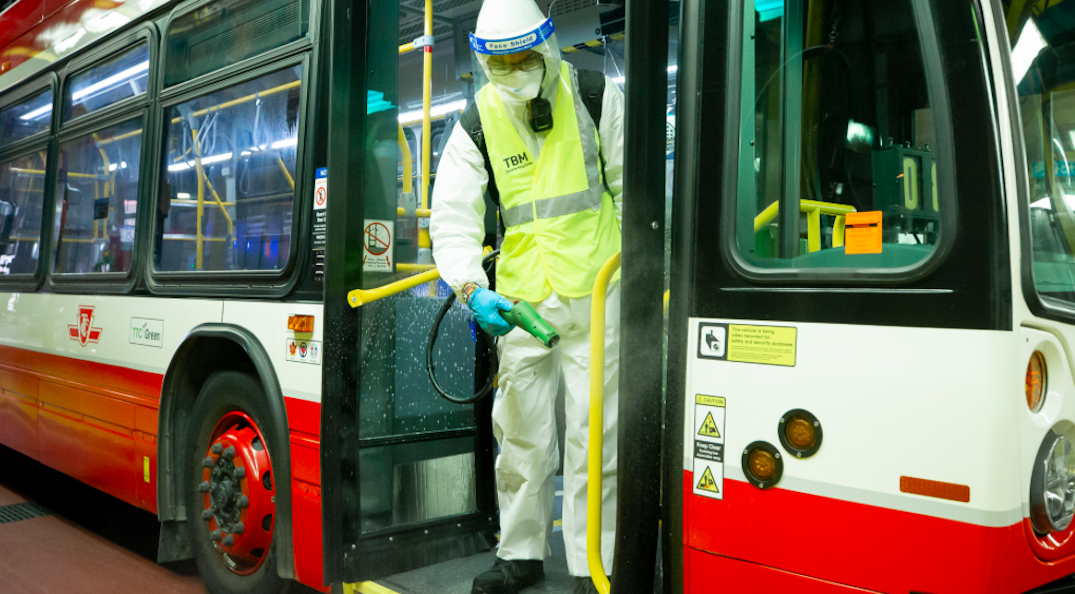 A total of 99 TTC employees have now tested positive for COVID-19, with 128 staff in isolation, the transit commission confirms.

But, 82 of the staff have returned to work.

According to the transit union, ATU Local 113, two bus operators from the Malvern Division tested positive, with one getting their result on October 5, and the other on October 8.

In addition a subway operator at Wilson Division whose last shift was on September 23, received their test result on Tuesday.

Another bus operator who worked at Mount Dennis Division received their positive test result on Tuesday with their last shift being reported on September 12.

Also a Transdev bus operator in York Region tested positive, with their last shift being October 2.

According to the TTC, an Operations Supervisor at Transit Control and a electrician in Subway Infrastructure contracted the virus too.

The transit commission said once they are notified of a positive diagnosis, they “immediately” engage with Toronto Public Health to investigate and decide on the next steps, including notifying those who may need to take additional action.

As there is ongoing community spread of coronavirus in the city, Toronto Public Health is asking all individuals who have symptoms to self-isolate at home for 14 days from when the symptoms begin and to call Telehealth Ontario, their local public health department, or healthcare provider, and for TTC employees to call the transit system’s Occupational Health and Safety Department.

And on Friday, the province reported the highest case count since the pandemic began with 939.