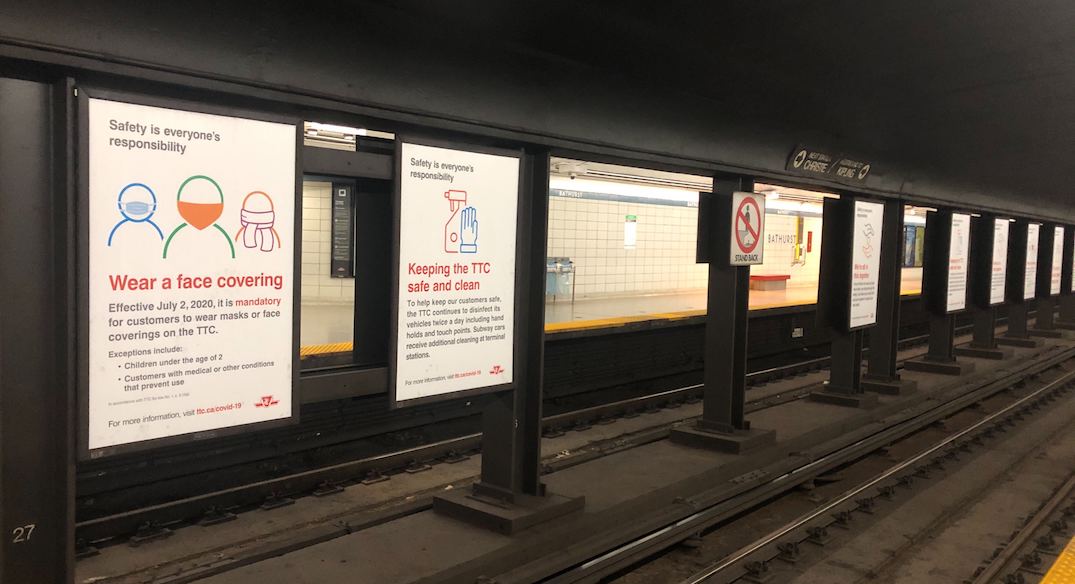 A total of 69 TTC employees have now tested positive for COVID-19, with 69 staff in isolation, the transit commission confirmed.

According to the transit union, ATU Local 113, the latest known cases includes one of the staff to test positive was a serviceperson at building services for plant maintenance, who received their test result on June 10.

Another was a bus operator at Arrow, who received their positive test result on June 11 and collector from the Danforth Division, who tested positive on June 13.

According to the TTC, there was another staff who tested positive — a customer service employee — but their diagnosis date is unknown.

To date, of the 69 employees to test positive for the virus, 55 employees have recovered and returned to work.

And since July 2, it became mandatory for transit riders to wear a face mask or covering on all TTC vehicles.