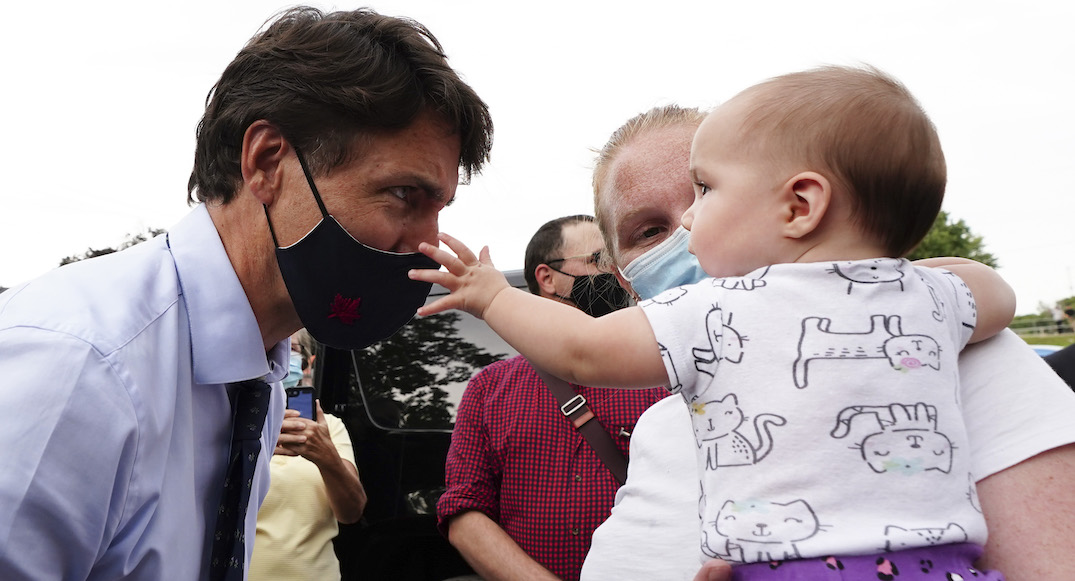 Liberal Leader Justin Trudeau says he is “very confident” his party can forge a child-care deal with Ontario as part of a countrywide plan.

Speaking in Markham, Ont., Trudeau said Tuesday the pandemic has made it clear that without affordable child care, parents, especially women, can’t work.

“It’s not easy to build a career while helping kids do classes from the kitchen table,” Trudeau said.

The Liberals have promised to reduce fees for child care by 50% on average in the next year and introduce child care for an average of $10 a day within five years at a cost of $30 billion.

Trudeau trumpeted the child-care deals the government signed before the election call with eight provinces and territories, Ontario and Alberta being notable exceptions, and contrasted his plan with that of the Conservatives.

The Tory platform says the party would scrap existing deals in favour of a refundable tax credit of between $4,500 and $6,000 per child, aiming to cover up to 75% of child-care costs for low-income families.

Ontario’s education minister said Monday his government is open to an agreement on child care with the federal Liberals if it accounts for what he described as the province’s unique circumstances.

Stephen Lecce told a conference that Ontario’s Progressive Conservatives were in discussions about a potential child care plan “into the last hours” before the federal election was called on Sunday.