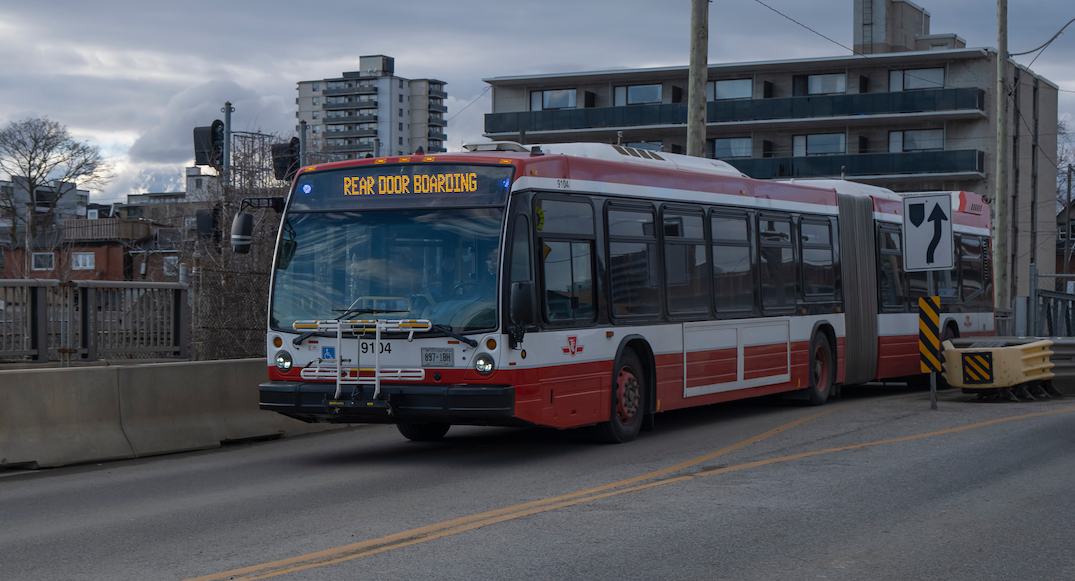 The transit union is demanding that an entire TTC division is tested for COVID-19, as two more employees test positive, indicating an outbreak in the division.

According to ATU Local 113, both employees worked at Queensway Garage, one was a general body repairperson painter and another was a bus maintenance service person.

One worker contracted the virus from a family member. Both are now in self-isolation at home.

The union is calling for Toronto Public Health to send a mobile health unit to the Queensway division to test every worker who was in contact with these individuals.

An outbreak occurs when one or more individuals test positive.

“We need serious and decisive action to stop this outbreak from becoming a lethal cluster and spreading any further,” Carlos Santos, President of ATU Local 113, said. “That means getting Toronto Public Health to Queensway immediately to start mass testing.”

Santos said that all workers on all shifts need to self-isolate with 100% pay for 14-days or until they test negative.

And, all workers must be given priority testing and be tested by a special mobile public health staff.

Santos noted that if public health does not have the capacity, letters must be attained to go to union members who can get priority testing on their own.

Lastly, there needs to be an “immediate deep cleaning of Queensway facilities and vehicles including but not limited to all maintenance and transportation amenities such as tools, touchpoints, counters, and so on.”

According the the transit union, the first positive COVID-19 case occurred at Queensway and the shift was not sent home as a precautionary measure.

“With respect to the Queensway garage, we did not see the same precautionary measure adopted by the TTC, and furthermore, we want the TTC to implement all of our demands to ensure the safety of all passengers and transit workers” John Di Nino, ATU Canada President, said.

According to the TTC, once they are notified of a positive diagnosis, they “immediately” engage with Toronto Public Health to investigate and decide on the next steps, including notifying those who may need to take additional actions.

The other 19 employees who have test positive include:

On April 16, 38 bus operators at the TTC’s Queensway and Wilson Division initiated work refusals due to workplace safety concerns.

As of Monday, the transit commission has received 25,000 re-usable masks for employees, with 75,000 masks expected to arrive over the next three weeks.