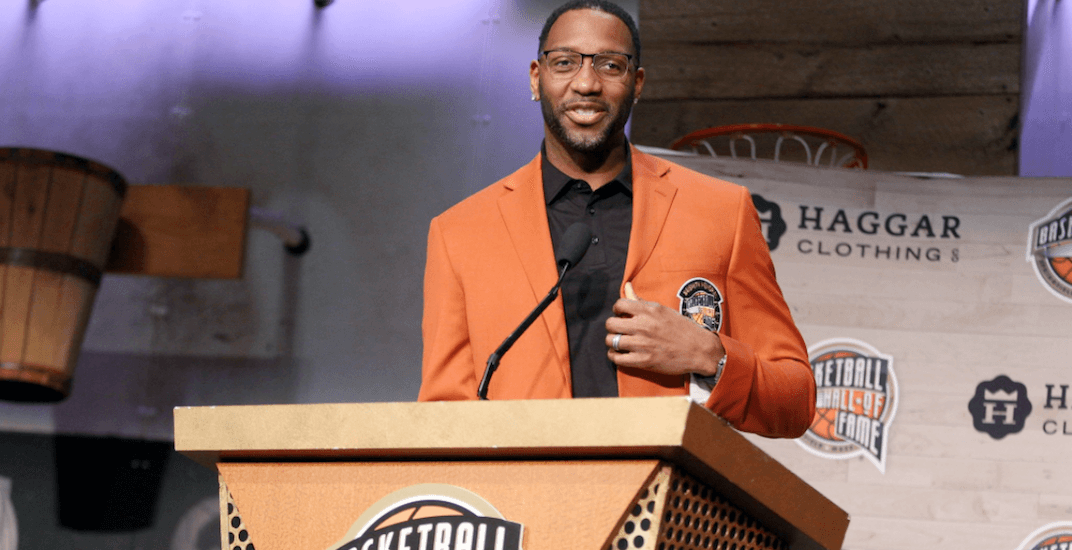 Tracy McGrady’s time with the Toronto Raptors was brief, but he hasn’t forgotten about the franchise who drafted him.

As he gets set to enter the Basketball Hall of Fame this weekend, the seven-time NBA All-Star took time to remember his days in Toronto.

“I love T-Dot, I love going back every time I’m there,” McGrady said in an interview with Sportainment TV. “People there are great, the city is great.”

McGrady appears to be impressed by how Toronto has grown since his three seasons with the Raptors from 1997 to 2000.

McGrady forged a Hall of Fame career primarily because of his time with the Orlando Magic and Houston Rockets, though he did enjoy success with the Raptors also. Making the transition directly from high school to the NBA, McGrady averaged 15.4 points per game in his third season in Toronto. Along with Vince Carter, he helped the Raptors earn their first playoff berth in 2000.