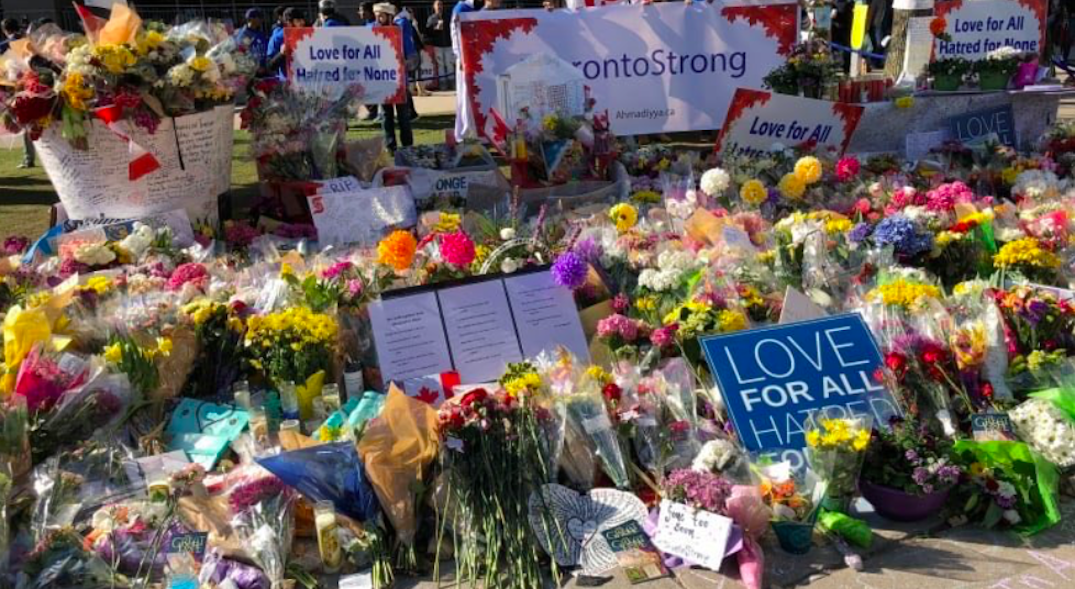 On Thursday, Tory offered his condolences to the families who lost loved ones that day and to those who were injured and are still feeling the effects.

“Two years ago, our city was shocked by a senseless act of pain and pure evil,” Tory said.

He noted that the city faced the tragedy head-on and emerged “strong and united” as residents “care for one another and look after one another” in times of unimaginable pain.

He also said it’s important to commemorate the heroes that day, of men and women who helped comfort people in their final moments or tried to save the lives of innocent people.

And the first responders who “showed excellence under extreme pressure.”

“I will never for the carnage when we arrived on the scene, nor the cool professionalism from the command centre in the immediate hours following this horrible act.”

The mayor also recounted how hundreds of thousands of Torontonians went to north Yonge street to mourn with “love and support,” characterizing how the city comes together in times of grief and collective mourning.

Today we remember the victims of the Yonge Street attack 2018. We say a prayer for those who lost their lives, the survivors, & those who selflessly stepped up to help. You will never be forgotten. 💙🙏#TorontoStrong pic.twitter.com/Gog4GVioPN

And while Toronto commemorates the tragedy, Tory reminded the city to also stand with the residents of Nova Scotia during this time, who also saw the loss of innocent lives on Sunday.

“This year is especially difficult as we experience the violent loss of life in our sister province Nova Scotia,” Tory said.

“Toronto is with you and will continue to support you in any way that we can.”

The mayor noted that the city, country, and world are facing a deadly crisis with the ongoing pandemic, that has already taken lives and threatens many others.

Due to physical distancing measures, a virtual vigil will take place on Thursday at 6 pm, led by community groups We Love Willowdale and Willowdale Interfaith Coalition.

Tory said that the 10 candles representing the lost lives will be in his office window facing Nathan Phillips Square.

Flags at the square as well as flags at Mel Lastman Square at North York Civic Centre will be lowered to half-mast at 1:30 pm for the remainder of the day.

The Toronto Sign will also be dimmed just before sunset so the city can be in solidarity with the grieving families.

“We cannot gather together to support each other during this time, which can make it difficult, but it will not stop us remembering those who lost their lives on April 23, 2018.”

Tory then took a moment of silence to remember the 10 who lost their lives: